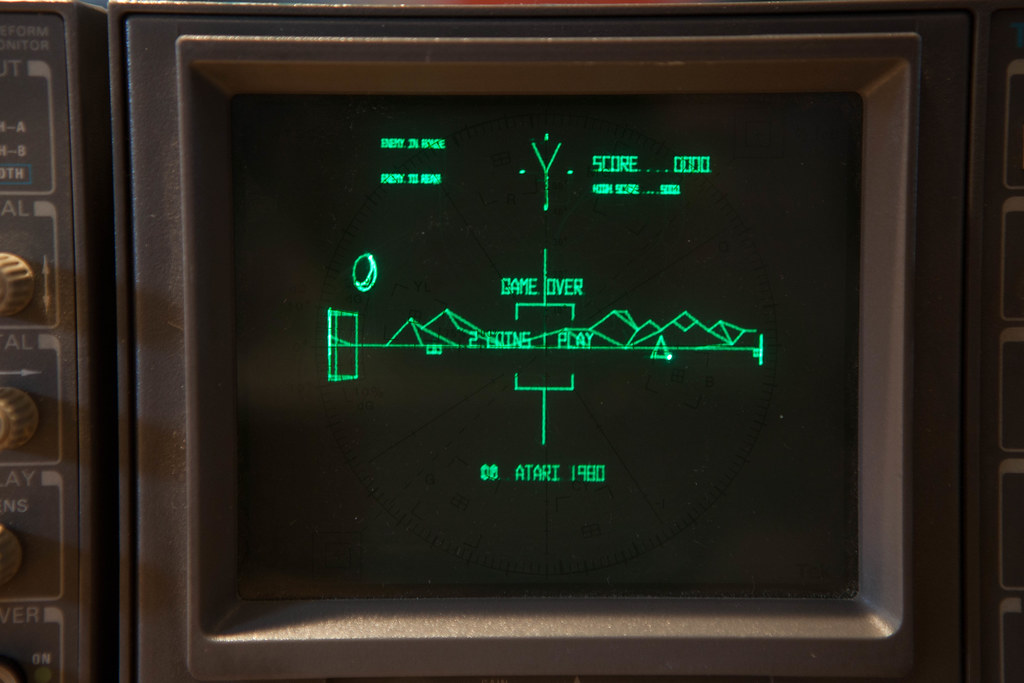 Atari created thirteen vector arcade games, some black-and-white and some that used color displays. I've been able to emulate almost all of them with a modified version of MAME, although only in monochrome. Andy's Arcade has lots more info on the games and cover art, schematics, etc. 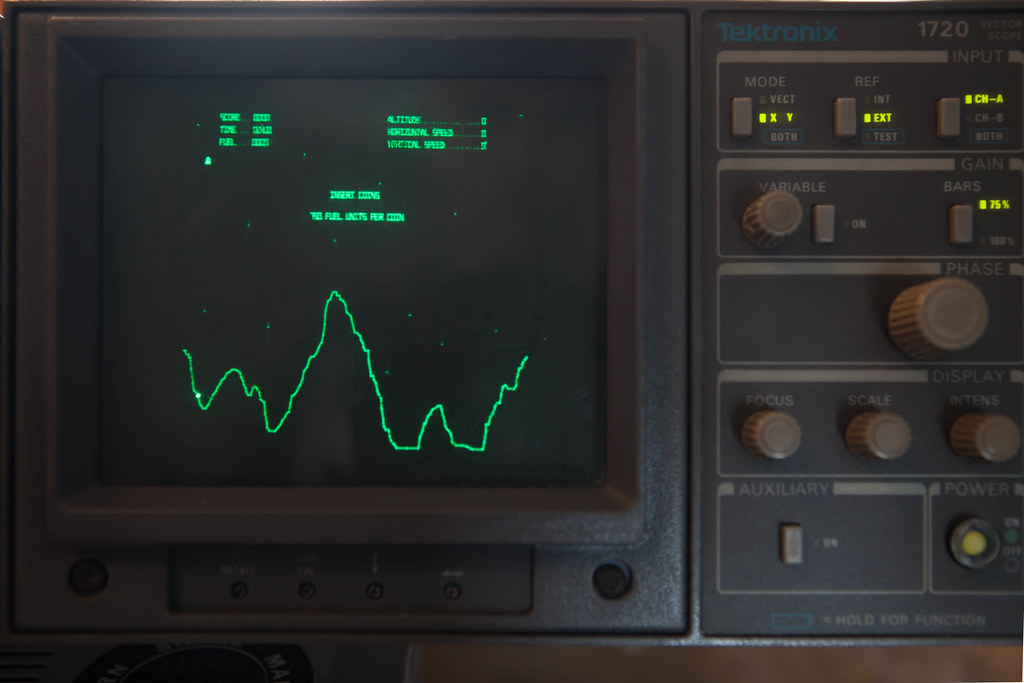 Lunar Lander was the first arcade game by Atari. Released in 1979, they produced over 4800 units. It is playable on the Vectrex.

Asteroids (1979) is one of the classic vector games and is totally playable, even on slower displays like the Vectrex. It plays well with a digital joystick or the keyboard. 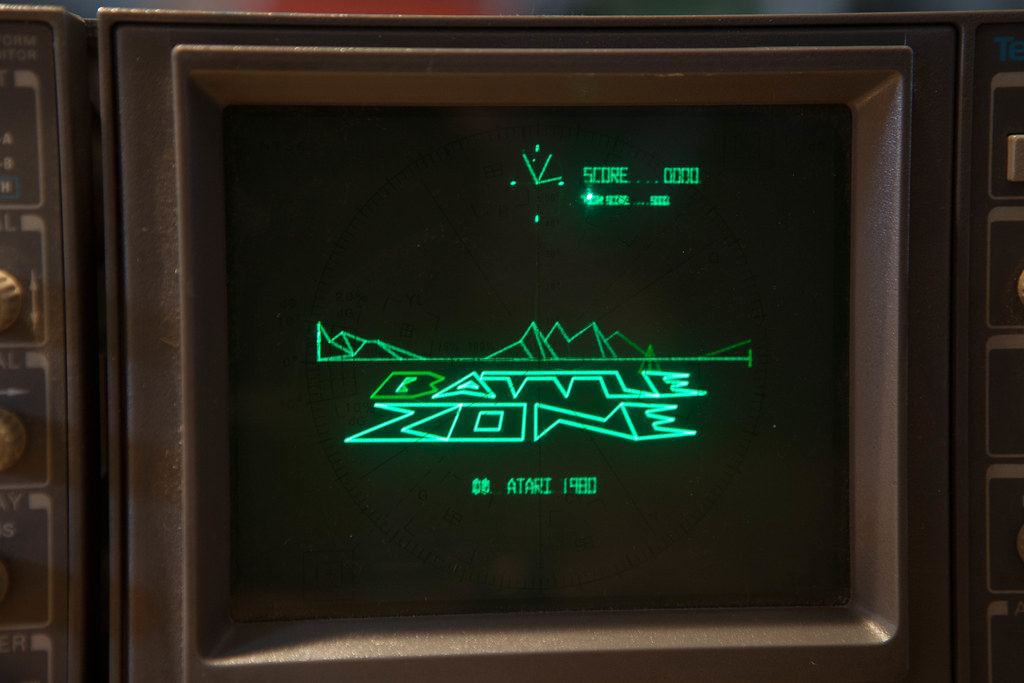 Battlezone (1980) is hard to play with a keyboard and somewhat flickery, even on the faster electrostatic displays. It really needs a dual joystick of some sort.

Red Baron (1980) has a fake 3D rendering, although there is no hidden line removal. When the enemy planes are close, they require a fairly fast redraw to avoid flickering. 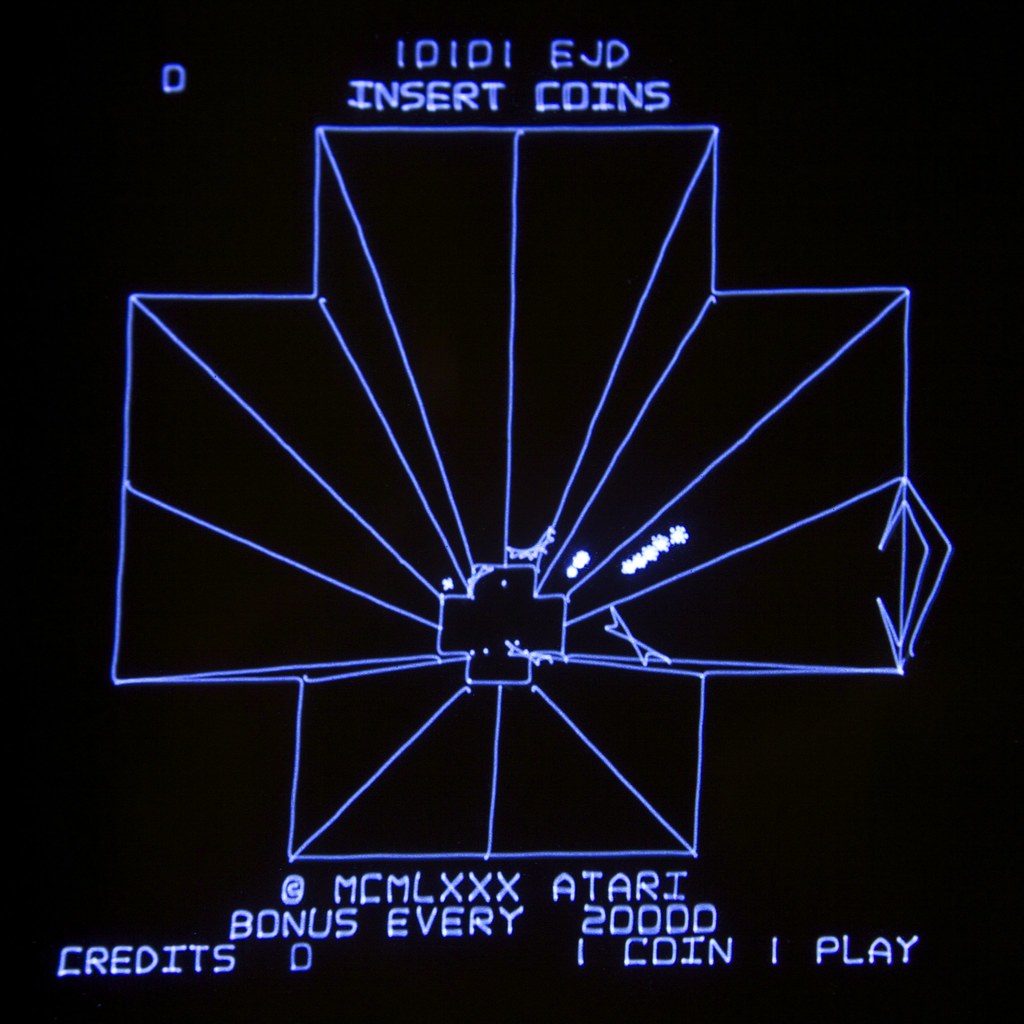 Tempest (1981) is the first color game and is very hard to play with a keyboard. The line drawing is also interesting in that it returns to the center of the screen in between each object, unlike Asteroids and Lunar Lander that transit directly to the next object to be drawn. 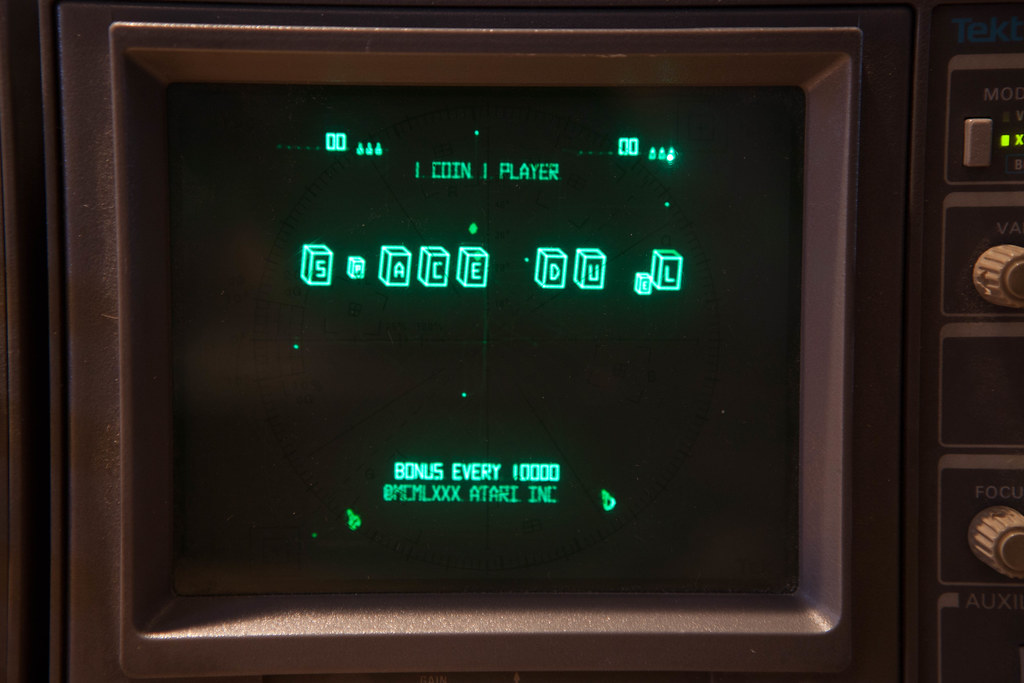 Space Duel (1982) looks interesting. I haven't played it yet.

Gravitar (1982) is also supposed to be in color. It didn't seem to play right.

Black Widow (1982) has lots of long line segments and is quite flickery.

Quantum (1982) looks amazing in the attract video. The player can sign their name using the trackball and the signature will be shown in the high score table. The Boot screen shows a quick status message before going into the attract screen.

This one requires quite a bit of ROM zip file hacking to get working. TODO: Document this. 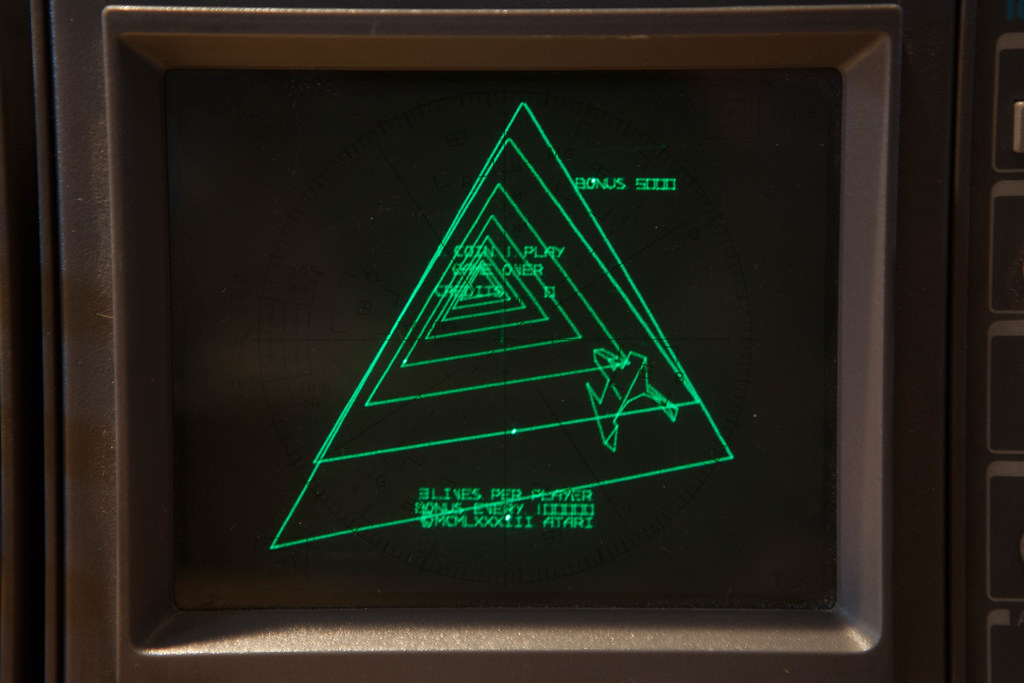 Major Havoc doesn't play at all. It crashes soon after the start screen.

None of the Star Wars games emulates correctly. They generate too many vectors and need some sort of optimization in the draw routines. Frequently crash during high-vector count scenes. The 1983 Starwars ROM works well and is very playable on the Tek, mostly playable on the Vectrex. Video of some scenes comparing the two monitors. More details...