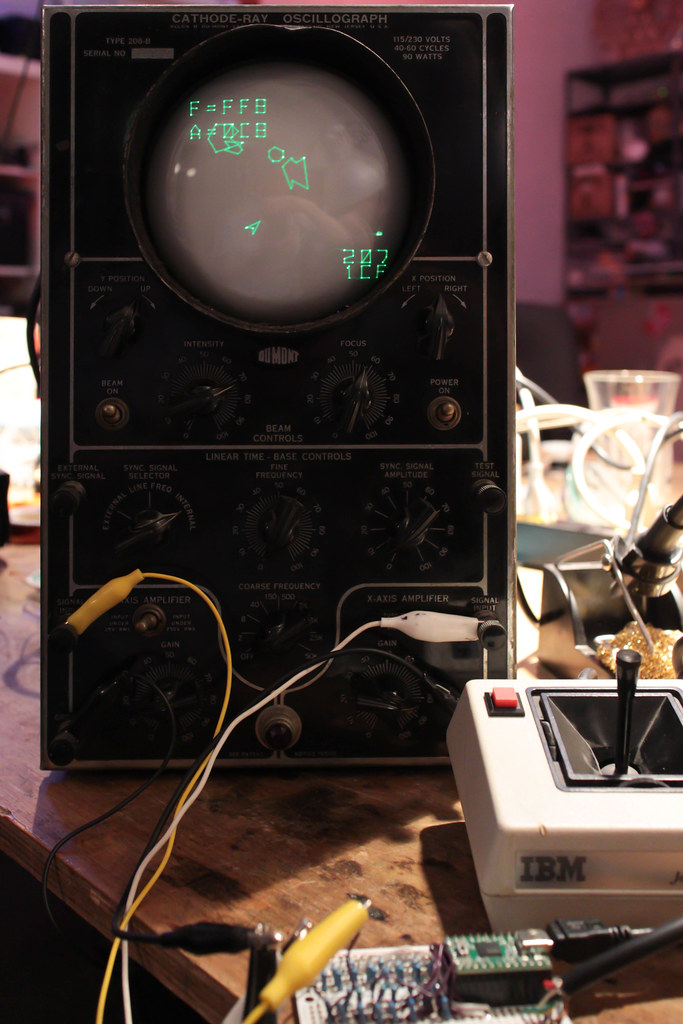 Cathode ray oscillographs weren't just used for reading tweets in the 1940's, they were also used as vector displays for serious astronomical simulations and training systems like "Space Rocks". You had a chance to play it at the 2013 NYC Resistor Interactive Show! 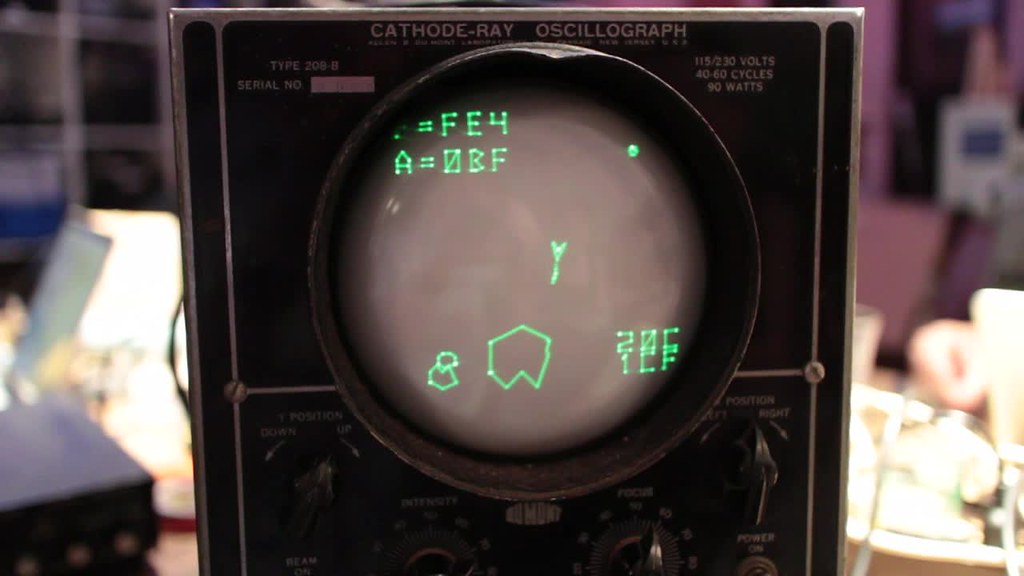 While the Delta-V of the simulator space craft was optimistic for its era, the basic acceleration, velocity and position model is reasonably accurate. If the ship passes too closely to one of the space rocks, it is destroyed and the simulation restarts. Once the ship runs out of fuel (measured in hexadecimal in the upper left corner since the CPU can't perform a DIV/MOD operation fast enough to display decimal numbers), it is stranded and unable to continue its mission. 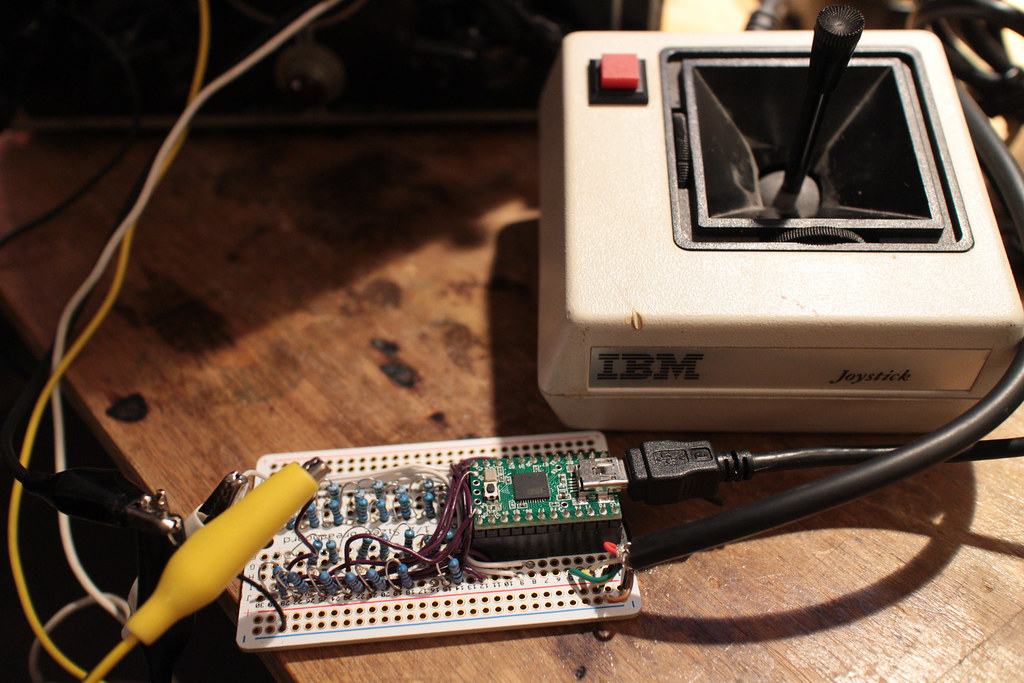 We were not able to locate an original controller, but the interface is similar enough to more modern analog joysticks that we could wire it in. Have your own vector display? spacerocks.c is the source for the Teensy to drive it.