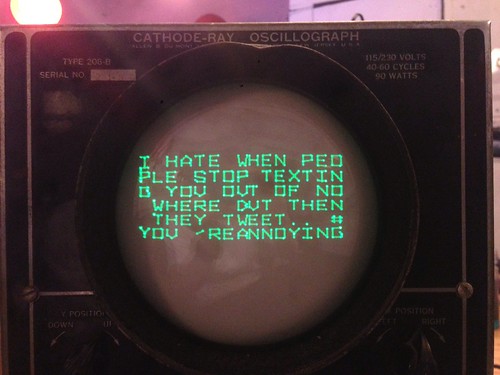 It's a little known fact that during the 1940's the premier Twitter client was a cathode ray oscillograph vector display, such as this DuMont Labs 208B. The 15x12 character resolution was perfect for a 140 character tweet. This one has been restored, connected to the aethernet and configured to search for "I", turning it into a time travelling view into the twitter-sphere's narcissism. You can see it in action in this short video and had a chance to play with it in person at the 2013 NYC Resistor Interactive Party in June. 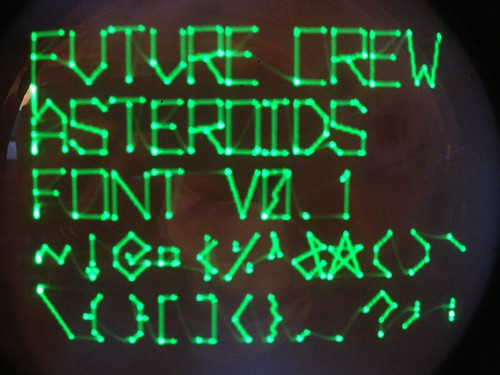 If the font looks familiar, that's because it was inspired by the Asteroids video game, with additional characters for the rest of the ASCII subset. The source code is available asteroids-font.c for your own oscilloscope or vector display hacking. Depending on the bandwidth of your scope and the speed of the cathode ray tube, you might need to set CONFIG_SLOW_SCOPE to give the beam time to catch up with the image.

(Originally posted to the NYCR blog)