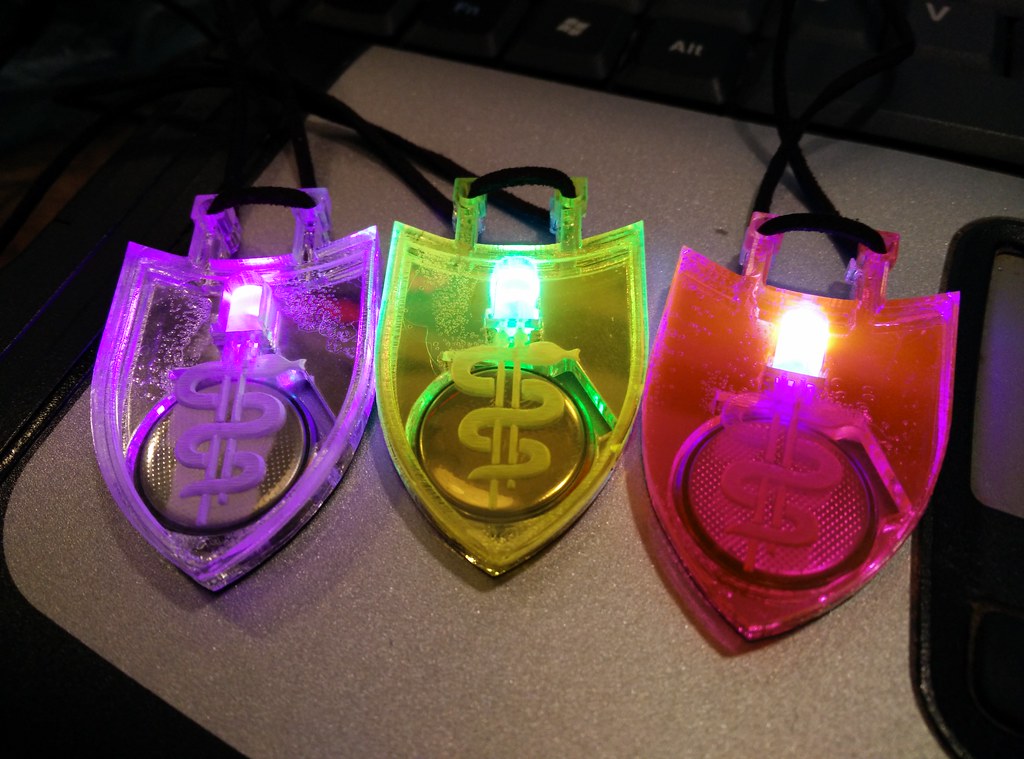 For 2015's Burning Man, we've designed a much simpler Blinky Hospital pendant. This one uses a CR2023 battery and only two layers of acrylic and is much less complicated to build compared to last year's design. 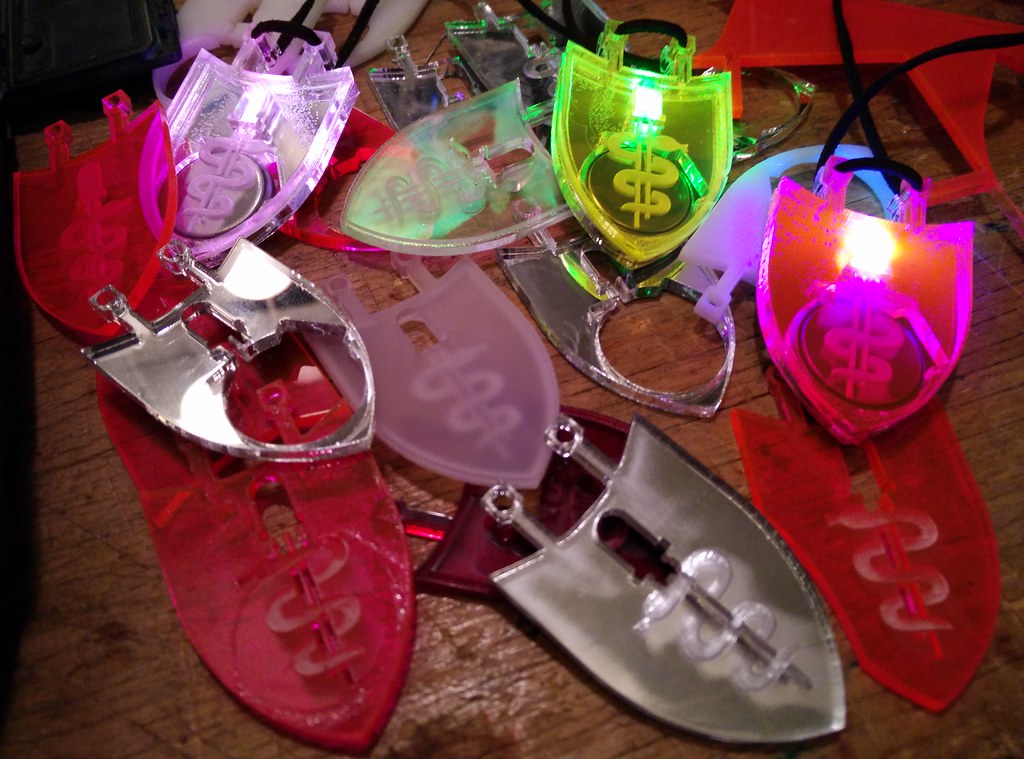 As with all Laser cutter projects, there was quite a bit of experimentation to make it work. 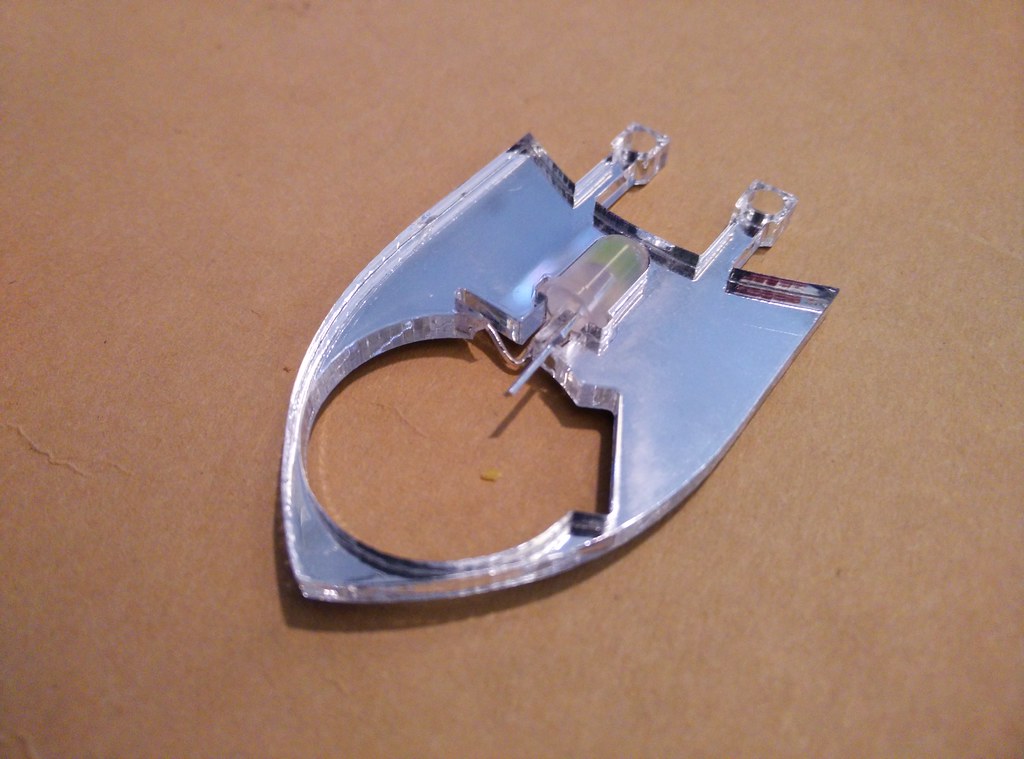 Bend the leads on a slow flash 5mm LED to make a bump that connects to the positive and is secured in the notch. The negative lead is cut short and runs along the etched groove of the LED in the logo.

I found that a clear 3mm top looks better than colored acrylic since the LED cycles through so many colors. The best back that I've found is normal mirrored 3mm.