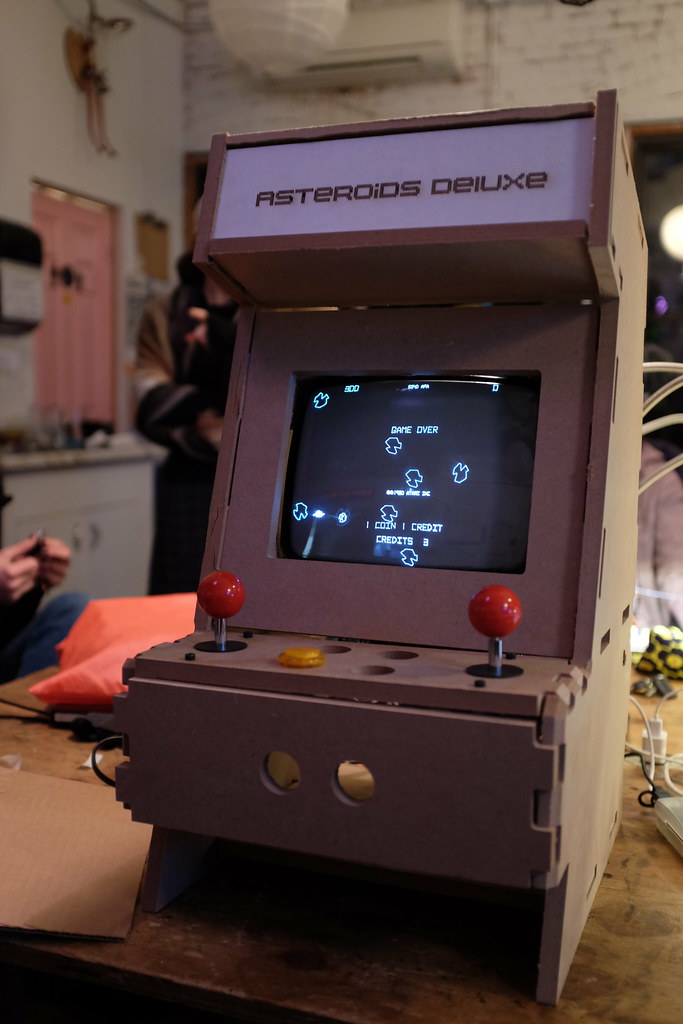 I was inspired by Juergen's Mini-Asteroids cabinet (also on hackaday) and used our new shopbot to make my own cabinet for one of my Vectrex consoles. With the addition of a Raspberry Pi, it is now a MAME multi-vector game system (although you would have to cut new face plates to replace the Asteroids Deluxe logo). 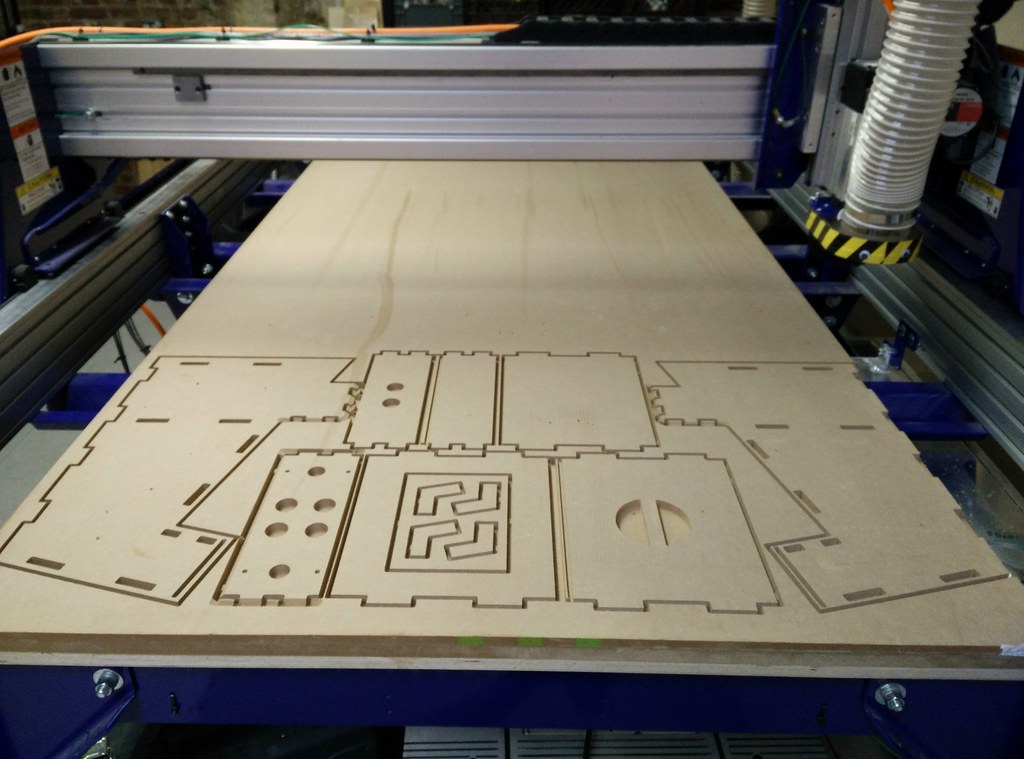 The SVG of the plans is in the v.st repository, although I don't recommend using them. This was my second shopbot project and I'm still learning how to design for it. As a result there is quite a bit of hammering and shaving required to fit the pieces together.

The CRT mount required doubling up the angle brackets. I should have figured out how to match the curve of the screen so that it could protrude slightly into the faceplate. Instead it is too far back and the yoke sticks out of the rear of the cabinet.

I also messed up the CAM step in vcarve and cut one of the sides as "centerline" instead of "outside", so it is slightly smaller than the other side. The slot for the acrylic sign up top was also too thin, so it fell apart on the top edge. And I mis-measured the spacing, so the intermediate shelf doesn't fit and I had to replace it with a simple board that is edge-screwed to the side of the case. 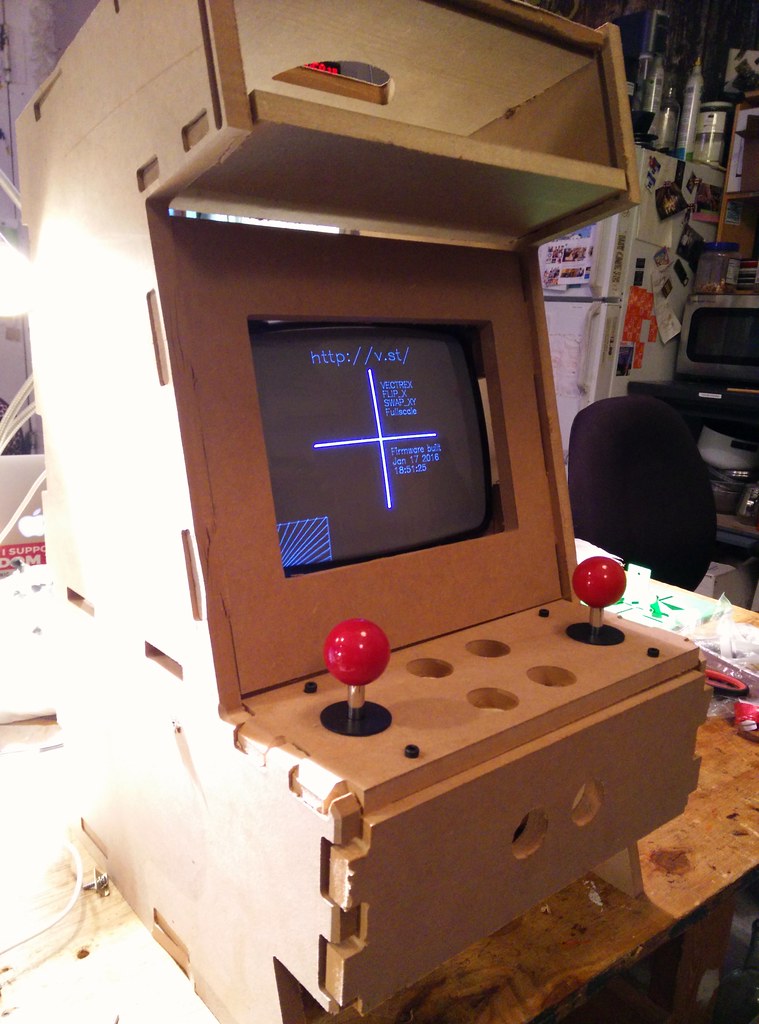 With the screen rotated I built the firmware with FLIP_X and SWAP_XY. This results in the image being in the correct orientation and most Atari vector games do not require any additional rotation. The joysticks and 30mm arcade buttons will be connected to a Teensy and emulate a USB HID joystick. 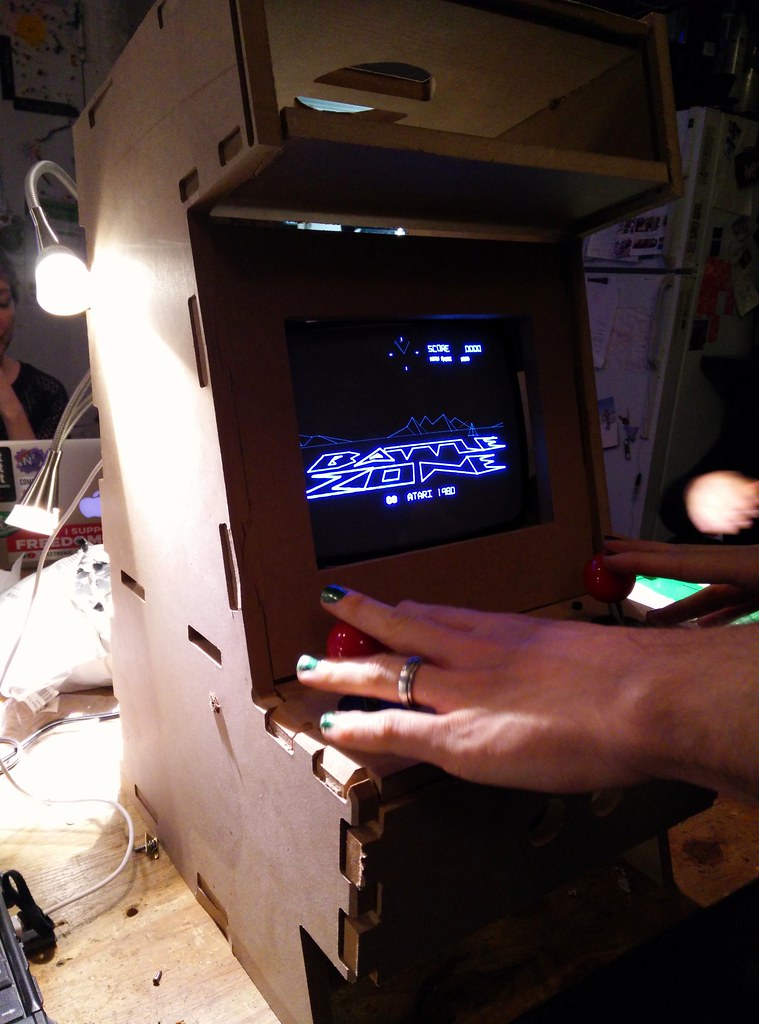