Rather than let an old Mac SE with dead drives go to waste, I built a video card interface to the BeagleBone Black to drive the 512x342x1 display using the PRU.

The bit clock is 16 MHz, about 64ns per bit, which is easily doable with programmable realtime unit, but not from userspace due to the hard realtime constraints -- a few nanosecond delay in generating the video signal causes visible distortion. The source is github.com/osresearch/classicmac and reuses the PRU interface from LEDscape / Octoscroller. See it in action!

When using the PRU based framebuffer, Xvfb can be used to create a user-space to user-space X server that creates a virtual frame buffer in /tmp:

This XWD format file is the translated into the 1-bit output with the XWD to PRU translation program:

Since Xvfb doesn't read from the USB ports, I had to write something to translate Linux event devices files into synthetic X events using the XTest framework. Run the mouse/keyboard event to X11 event translation: 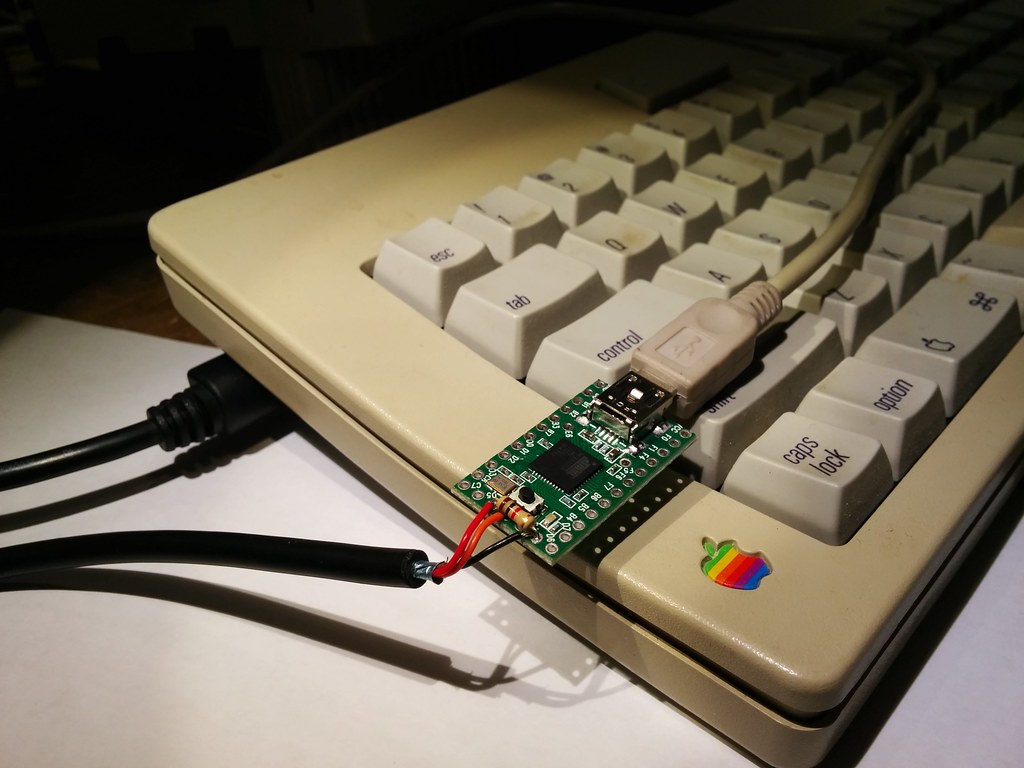 You will probably want to use something like my ADB to USB adapter to allow classic Apple keyboards and mice to work with the USB input. 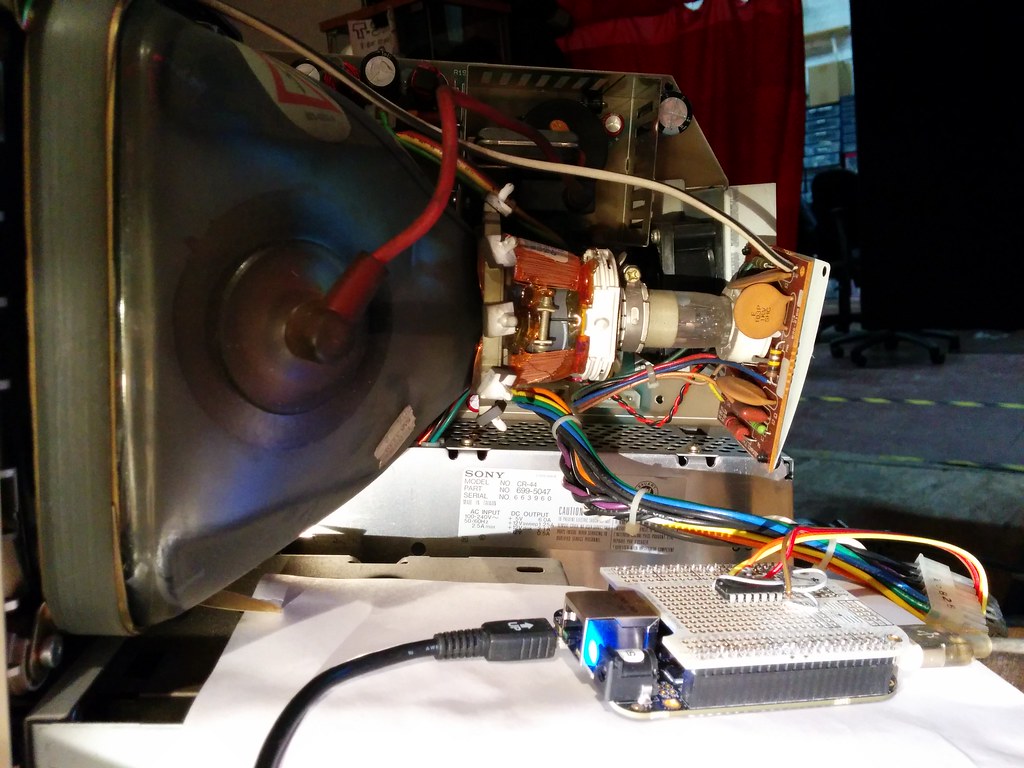 Instead of using the PRU, it looks like fbcons and X are able to use the tilcdc device to drive the LCD pins instead with the addition of a NAND gate to both invert the video line and pull it high (idle) when the hsync is low (active). Configuring the HDMI/LVDS framer requires a special DeviceTree file, cape-bone-mac.dts, and doesn't properly handle the negative backporch timing. This causes some distortion on the right-hand side of the screen, but allows an unmodified X11 to be used. This also means that Linux console output can be sent to the CRT.

Load the Device Tree overlay with:

And setup /etc/X11/xorg.conf; unfortunately this uses an 32-bit TrueColor visual, which doesn't do the cool 1-bit dithering. Not sure how to fix this yet.

The video output pin should be setup as NAND(VIDEO,NAND(!HSYNC,!VSYNC)) to pull the video pin high if either !HSYNC or !VSYNC were asserted. Since the video port is 16 bits wide there are 5 red, 6 green and 5 blue pins -- you will want to use a MSB from one of these for the 1-bit video.

Based on this schematic, the pins on Mac SE motherboard J12 are:

Since the pins immediately go through NAND gates (74LS78), it is not necessary to level shift from the 3V output from the BBB to the 5V used by the Mac. The powersupply for the monitor produces a clean 5V that can run the BBB once things are setup. Only need three pins from the PRU (video, hsync and vsync), leaving plenty for an eventual ADB port. 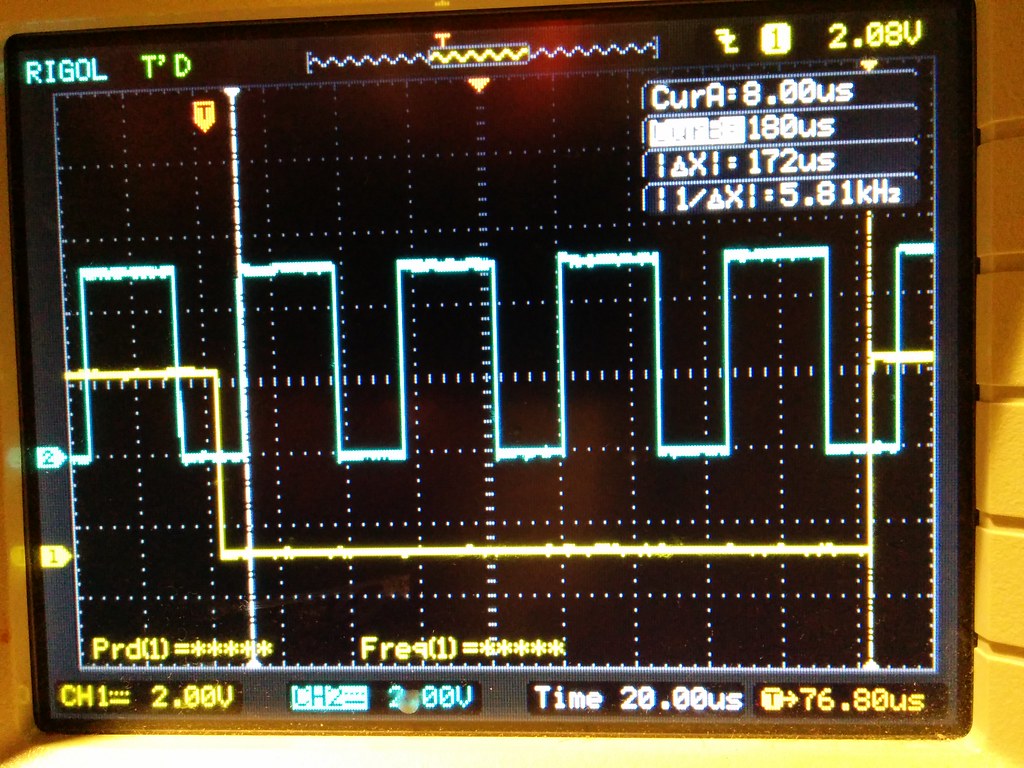 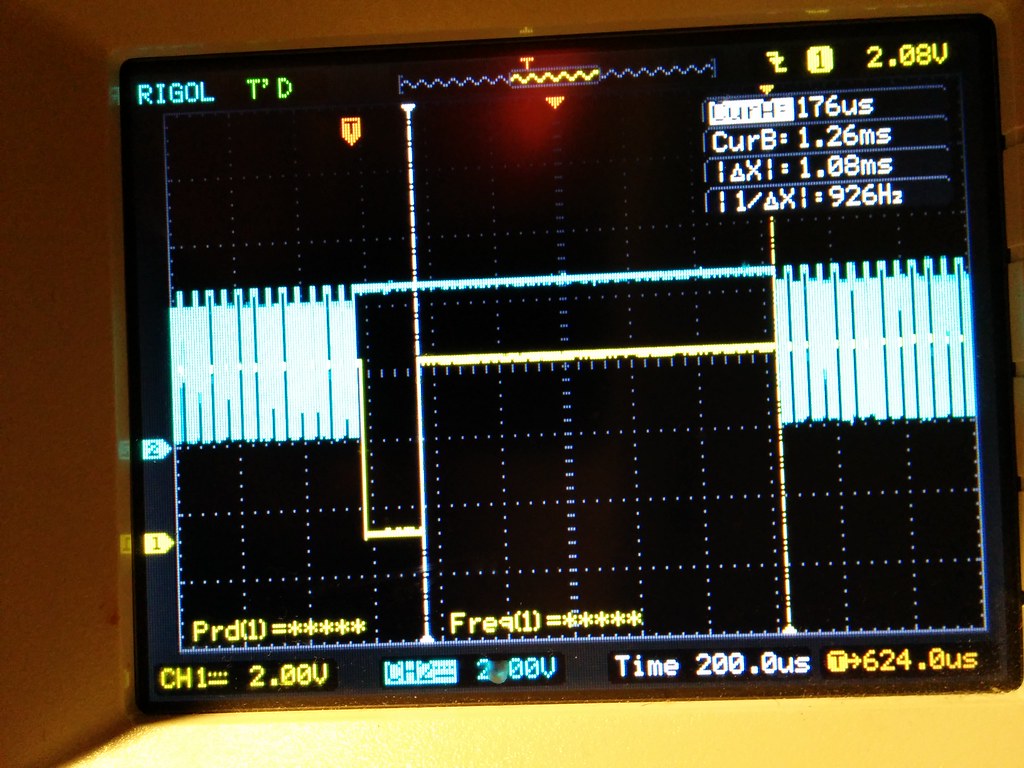 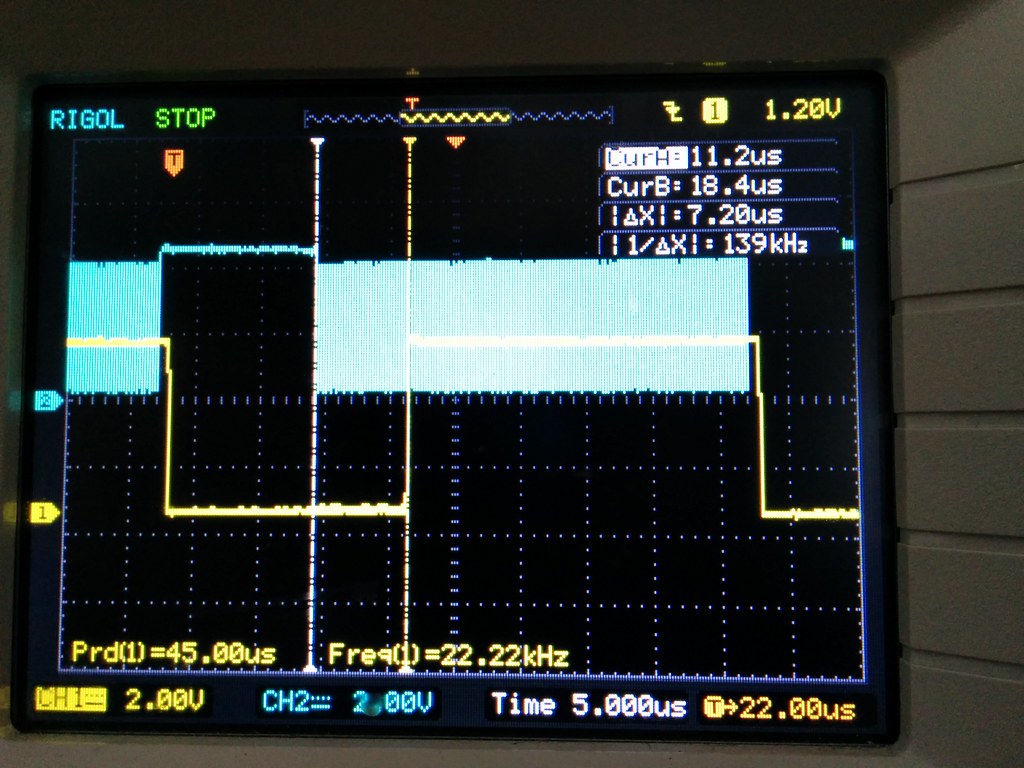