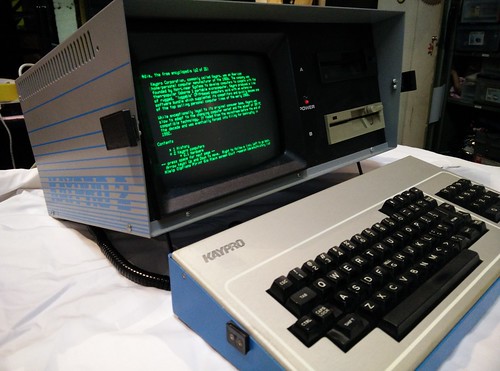 There was a Kaypro 2 in the storage loft at NYCR that booted on the first try. The floppy disk in the drive was "Mickey's Jigsaw Puzzles", but it booted up with CP/M. On the disk was KERM411.COM, which allowed us to connect it to a remote Unix machine.

Once kermit was running, the serial port was configured to 1200 baud with VT52 emulation and put into connection mode:

On the Unix machine I started getty to allow the Kaypro to login and run console programs like lynx: 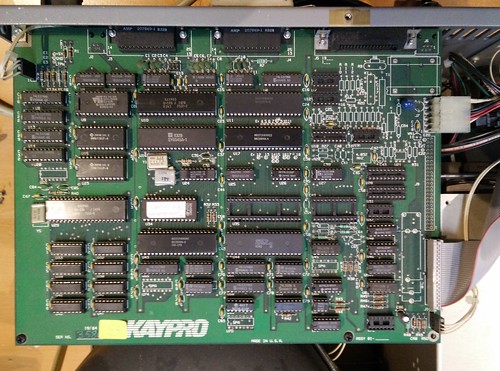 The internals and mainboard were in really good shape. This system is ready for display. Next we'll need to clean up the Osborne 1 next to it... 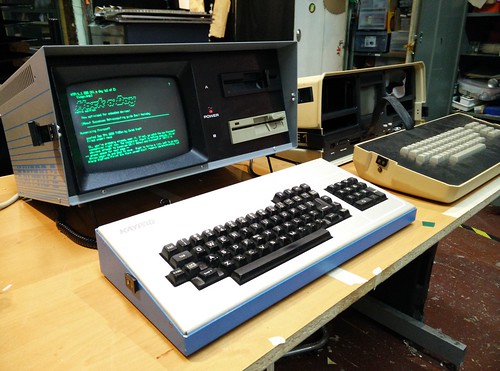