600px|center The HELEN board is my version of the Adafruit GEMMA, an Arduino-like system built on the AVR ATtiny85. The major change relative to the original is that the HELEN has disabled the !RESET pin so that it can be used as a fourth IO and has twelve 0805 LEDs arranged in a circle. These are driven with charlieplexing and have full PWM control. The other change is that the HELEN uses a MicroUSB and has a built-in holder for the LIR2450 lithium coin-cell on the back. It might turn into a Burning Man pendant gift. 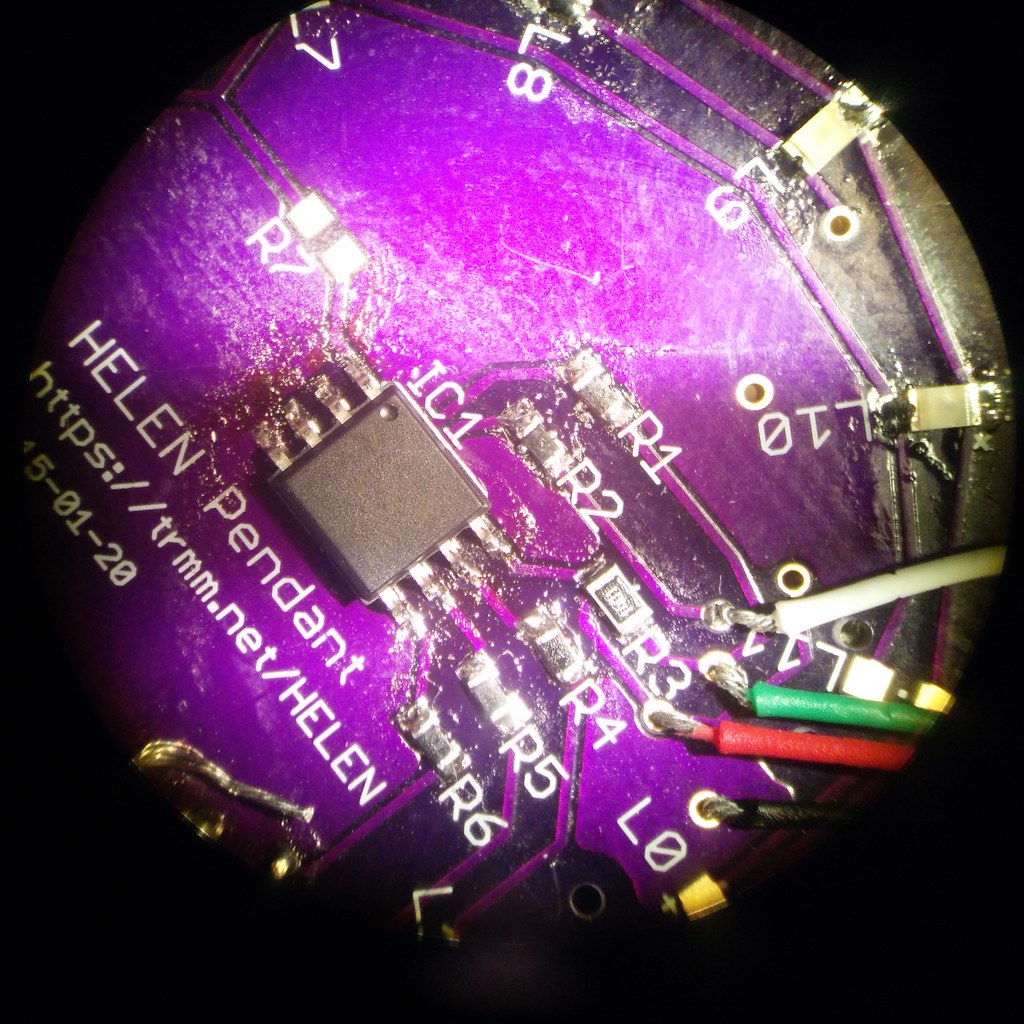 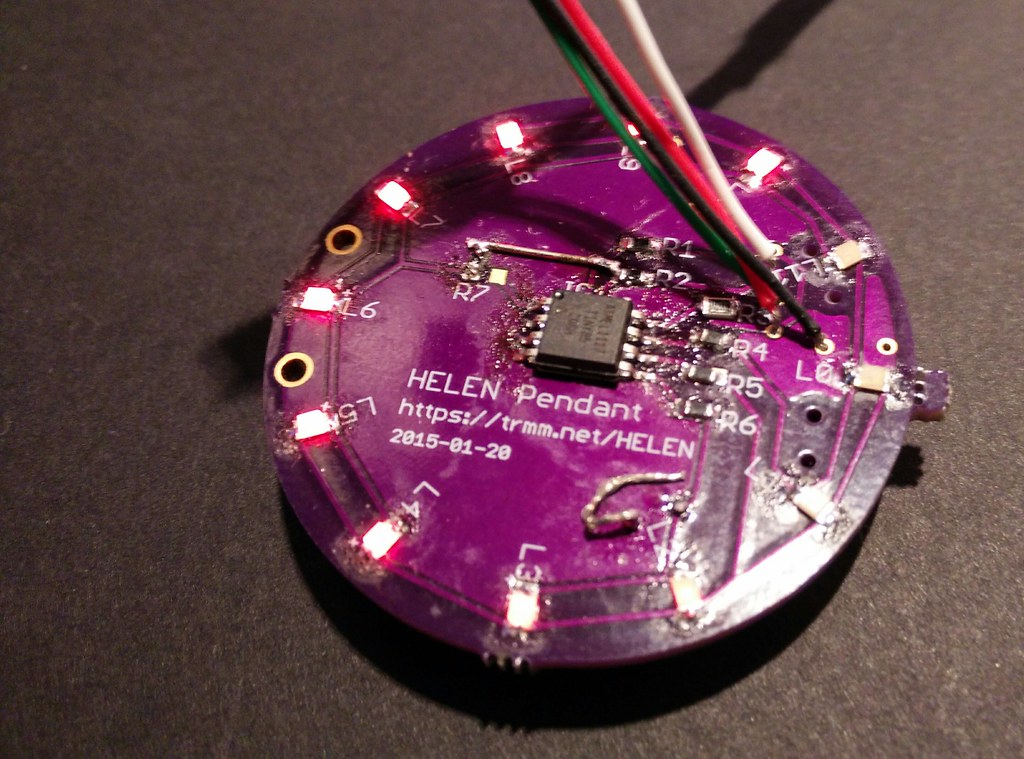 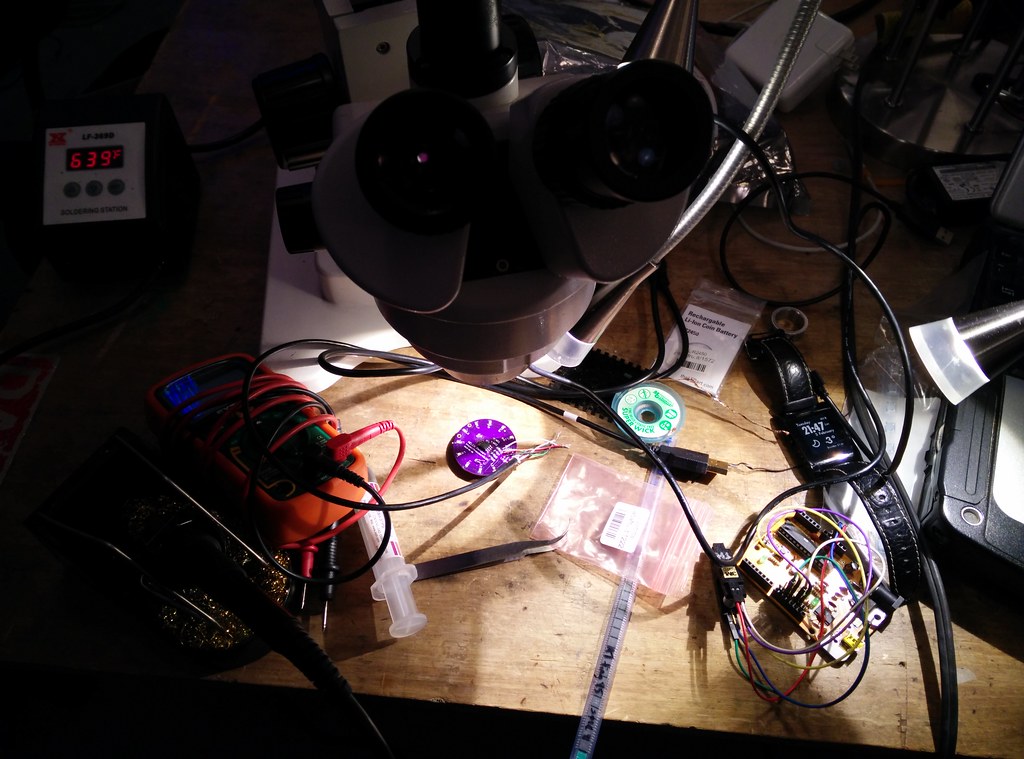