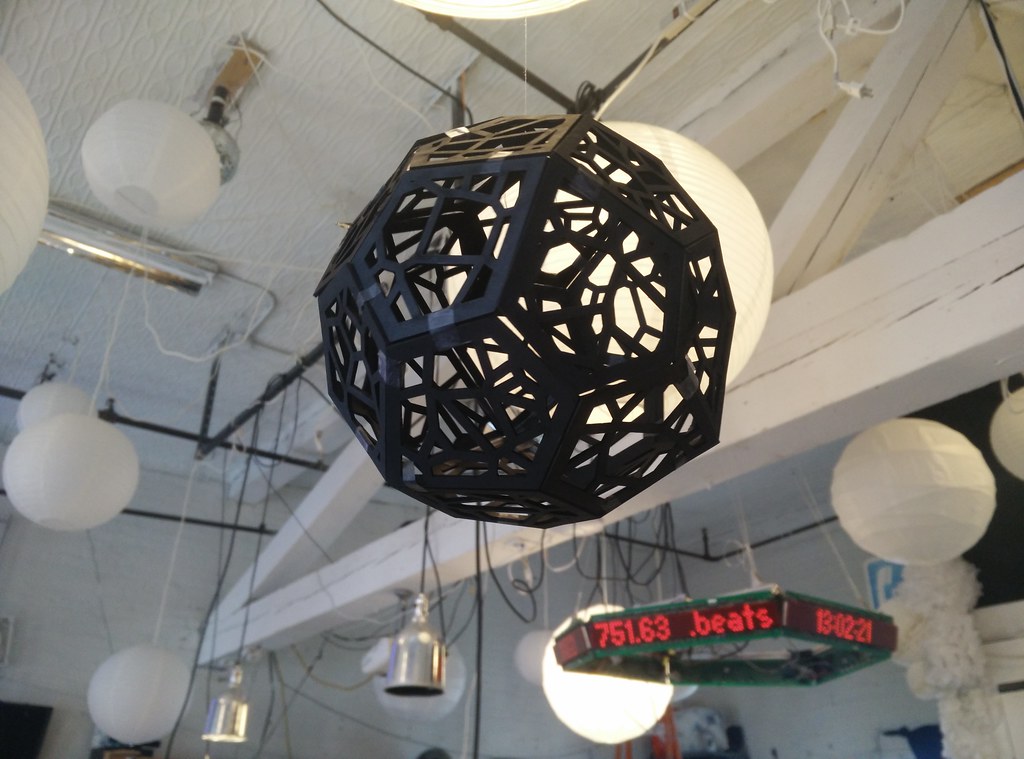 @mathgrrl introduced me to the Catalan solids and I used my unfolding STL tools to produce some fold-up cardboard versions. These are both pentagonal icositetrahedrons, which have the property that all of the faces and vertices are the same, but the edges differ.

The first was a solid one for a test out of fairly thick cardboard. It didn't cut or bend as smoothly as I had hoped. It is available as thing:900701.

The second is cut from matte board and has a Voronoi pattern generated with my voronoi program. Because it is thiner, the folds worked well. It is available as thing:900951.

This Pentagonal hexecontahedron was cut on the Shopbot from corregated plastic. I've written some more details on cutting Coroplast. 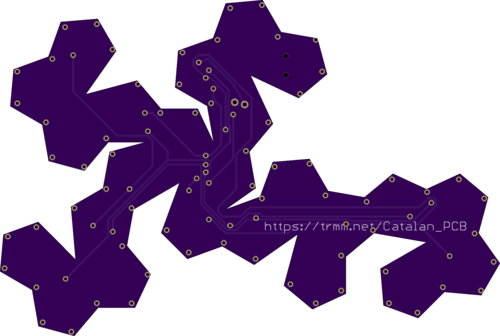 An attempt to make a flexible PCB version of the 24-sided pentagonal icositetrahedron with twenty charlieplexed LEDs.