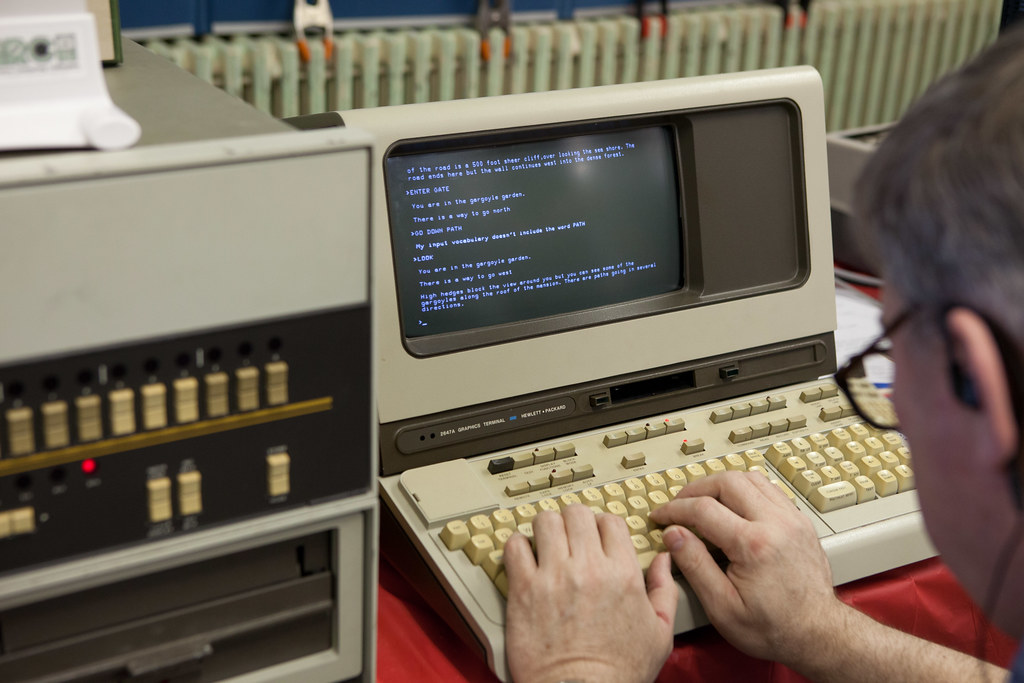 Over a weekend in 2012 a bunch of NYCR members went to the Vintage Computer Festival East (8.0), held at the InfoAge / MARCH computer history museum in Wall, NJ. 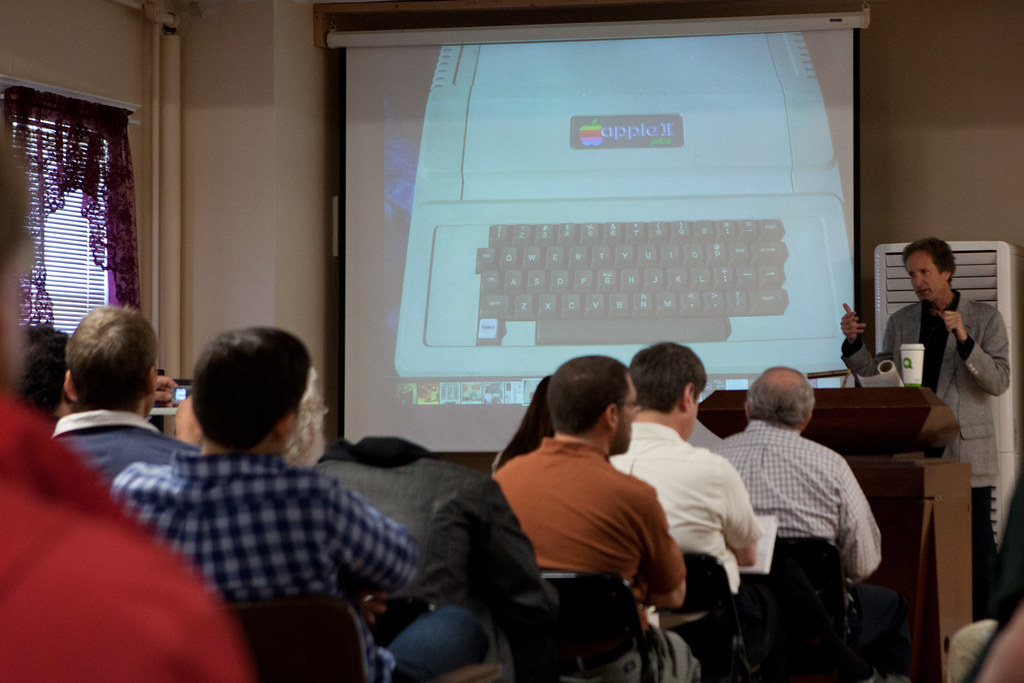 Daniel Kottke, Apple employee #12, gave a keynote about the history of developing the early Apples in Job's garage through the initial Mac design. 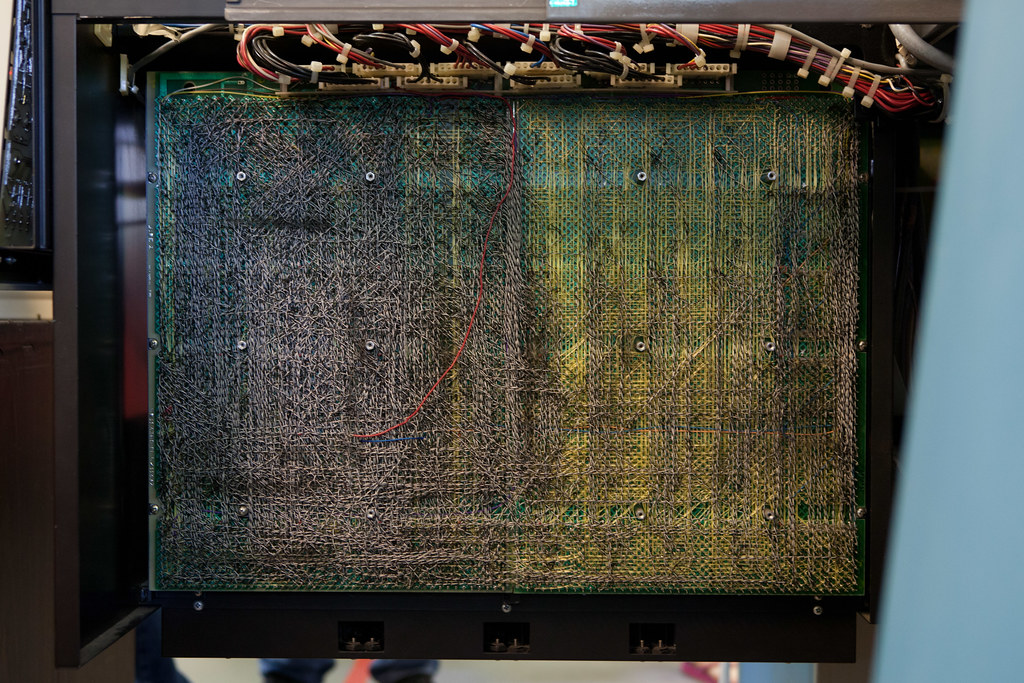 One of the highlights was a functional wire-wrapped DEC PDP-11. 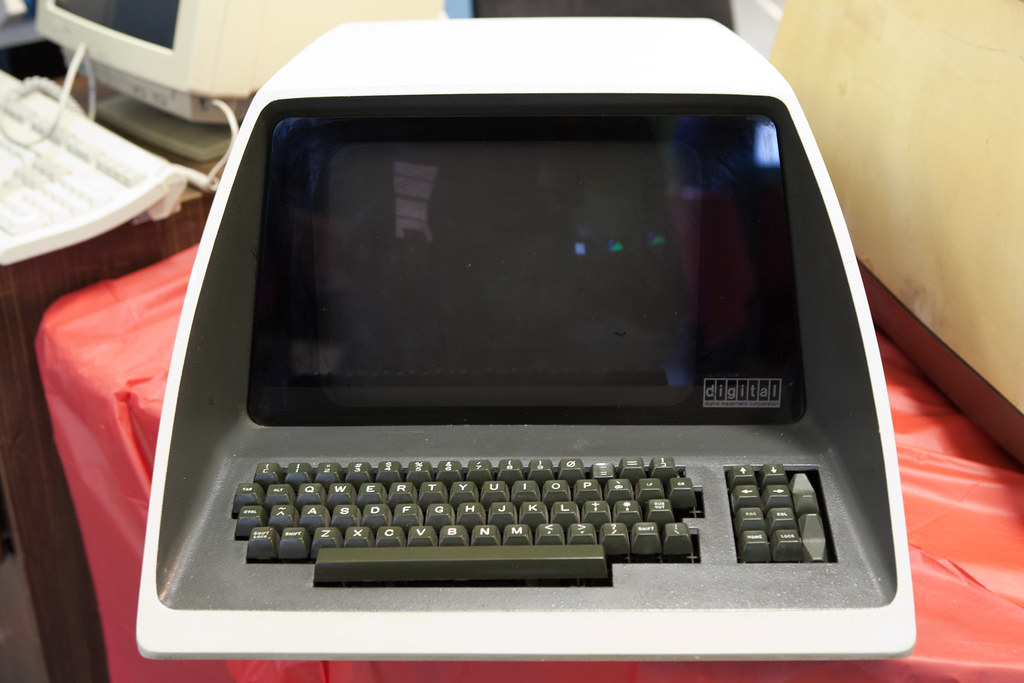 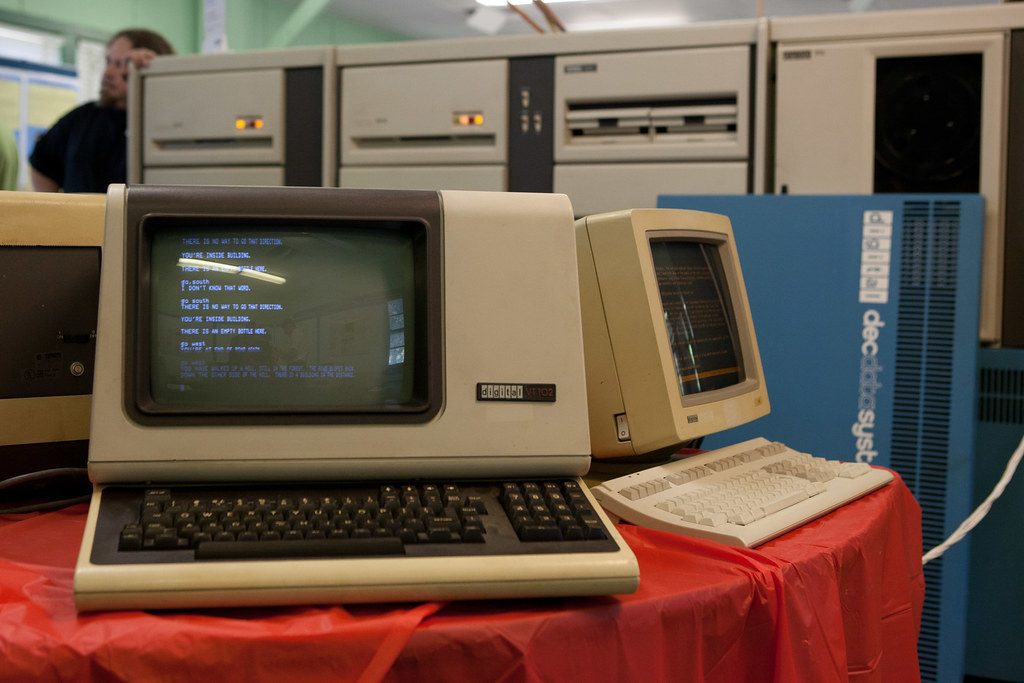 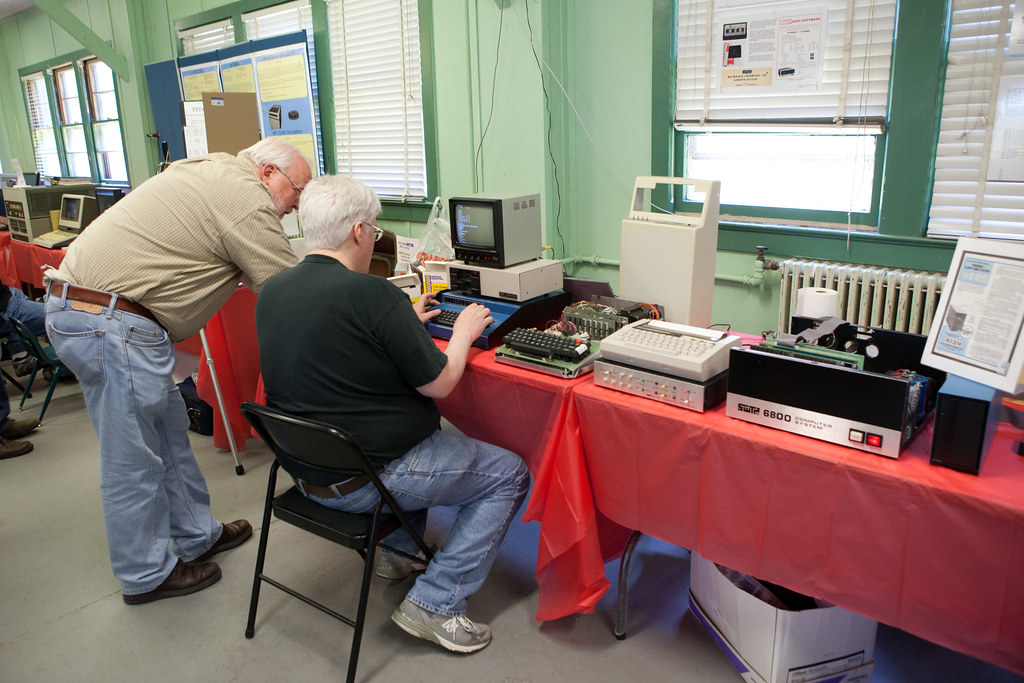 Homebrew computers were in abundance. Here are some hackers hacking away on an unknown system, surrounded by a TI Silent 700, a SWTP 6800 and a PERCOM floppy drive. 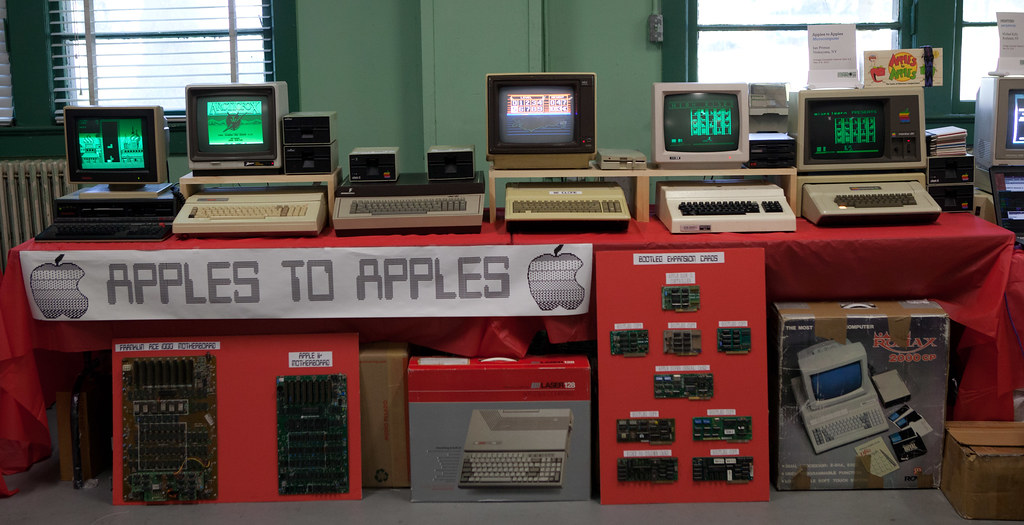 There were Apple II's and many clones were on exhibit at the show. 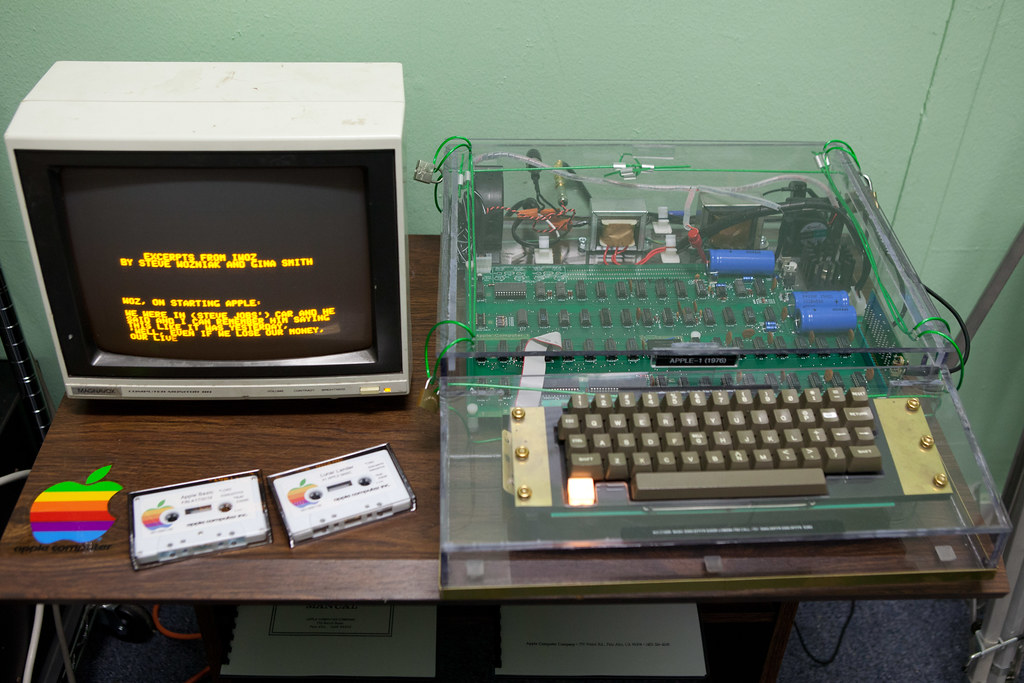 Inside the MARCH exhibits at the museum were such notables as an original Apple 1. Note the lock on the custom case -- a working model recently sold at auction for $213k, so they don't want this one to go missing! 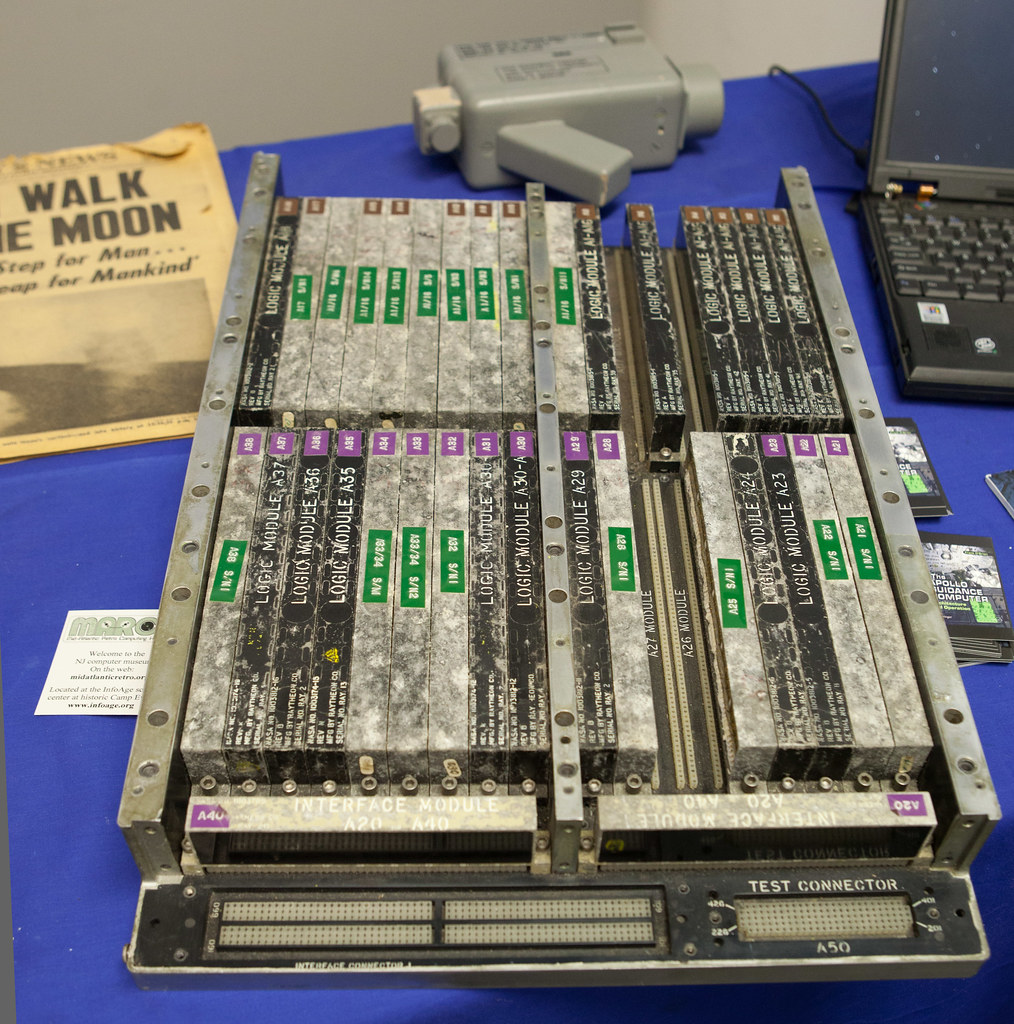 Frank O'Brien has an exhibit on the Apollo Guidance Computer to go along with his excellent book. 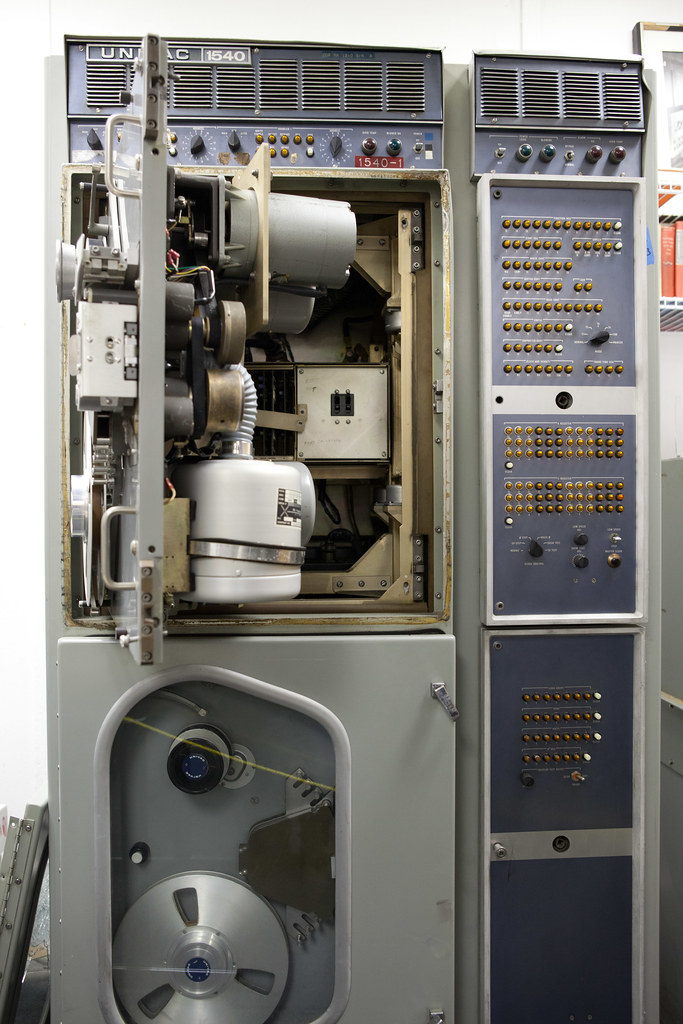 In the punch-card era room is a Univac 1540 tape drive, with dual tape decks. It was also considered a "mobile computer", in that it could fit inside a trailer or submarine. 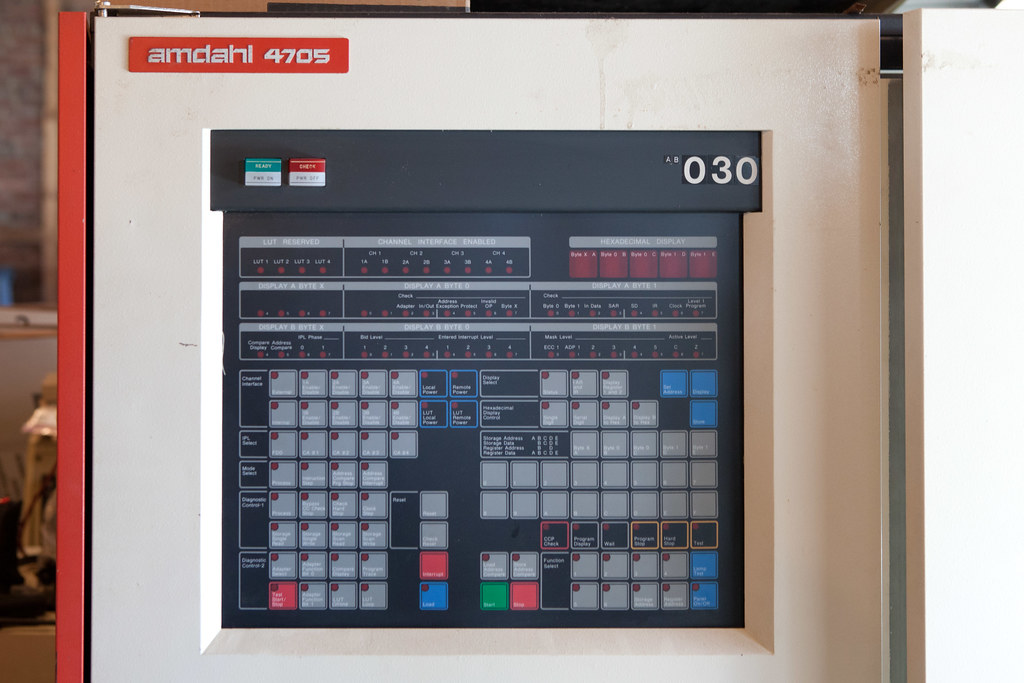 And in the warehouse are such treasures as an Amdahl 4705, but the museum lacks the funds to restore and exhibit them. You can donate to MARCH on their website to help bring some of this historical artifacts back to life.

There are some more photos of the museum and exhibits from our trip. You might also enjoy these photos of our IBM 129 Card data recorder -- MARCH provided NOS ribbons so that we can read the printouts. 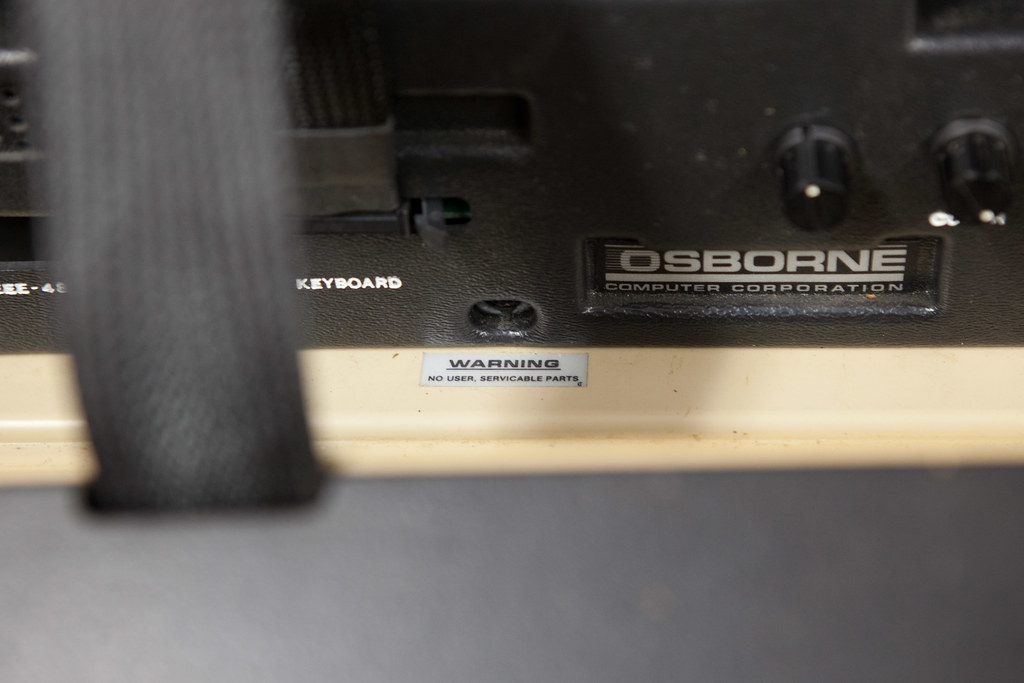 And finally, one of our purchases at the consignment booth at the show claims "No user servicable parts". We'll see about that in a later post...