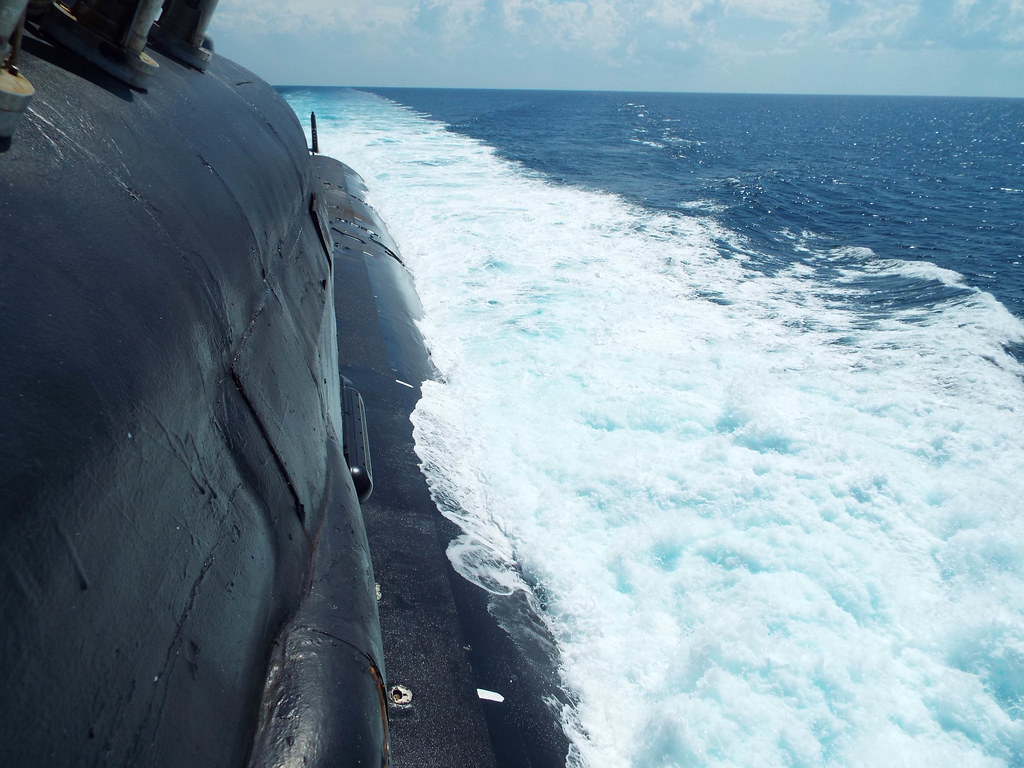 I had the opportunity to go for a cruise on the USS Missouri (SSN-780), a modern Virginia-class fast-attack sub. We spent five days underway, most of it underwater, as the sub traveled from Mayport, FL to its home port of Grotten, CT. 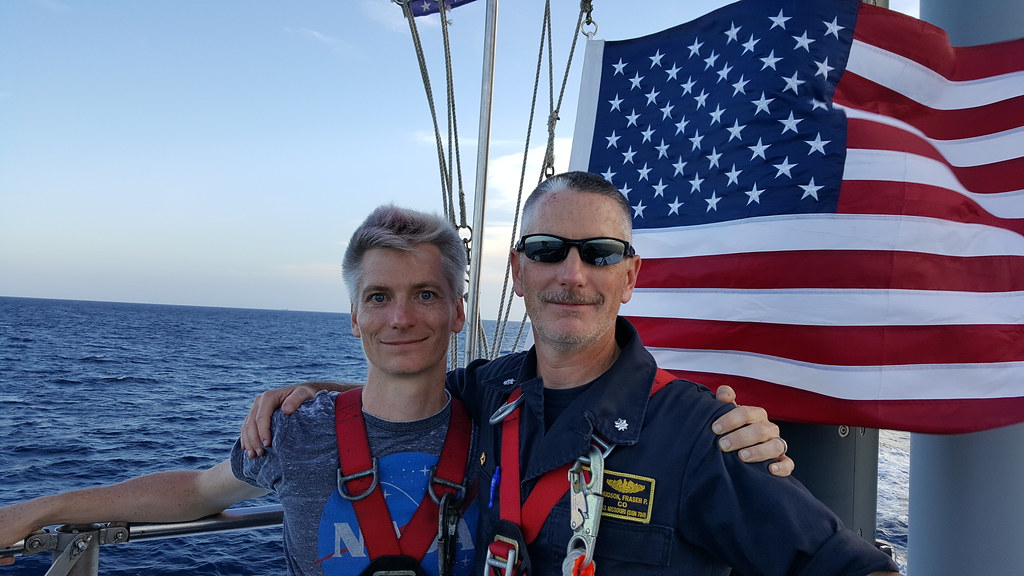 When the sub pulled out of the harbor in Florida, I was invited to join my brother on the top of the sail. The view was amazing and we watched dolphins playing in the hemi-spherical bow-wave of the boat. 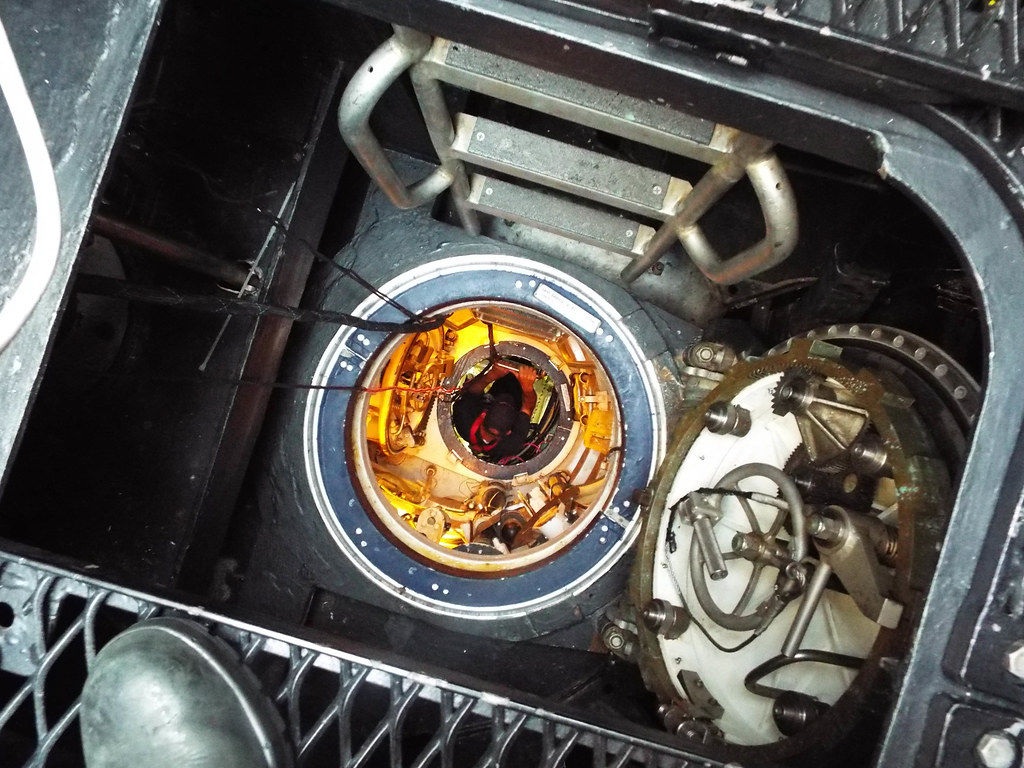 Climbing down from the sail was an adventure -- one of the most surprising discoveries for me is that the submarines have no deep-water keel and a nearly round cross section, so on the surface there is a constant ± 15 degree roll with a slow period of maybe 10 seconds, even in calm conditions. The ladder is roughly five stories tall and requires that you hold on tight as the boat rolls.

Safety is important on submarines, so we went through training in use of the Emergency Air Breather (EAB) and Self-contained breathing apparatus (SCBA) that we would need to use in the event of an emergency. The EAB doesn't have an air tank; instead it has a hose and there are air manifolds every few meters below deck. Moving involves unplugging from one, holding your breath and walking to the next manifold.

I also had the opportunity to sign my name at the end of the 5m long tubes; it's a somewhat tight squeeze and at the end there is only a launch door between you and the twenty atmospheres of ocean pressure. Afterwards we launched "water slugs" out of the torpedo tubes -- they are propelled by water driven by large turbines that are fed from a compressed air tank. When the tank discharges into the turbine the waste air is fed back into the ship's atmosphere and every has to clear their ears due to the rapid pressure change. 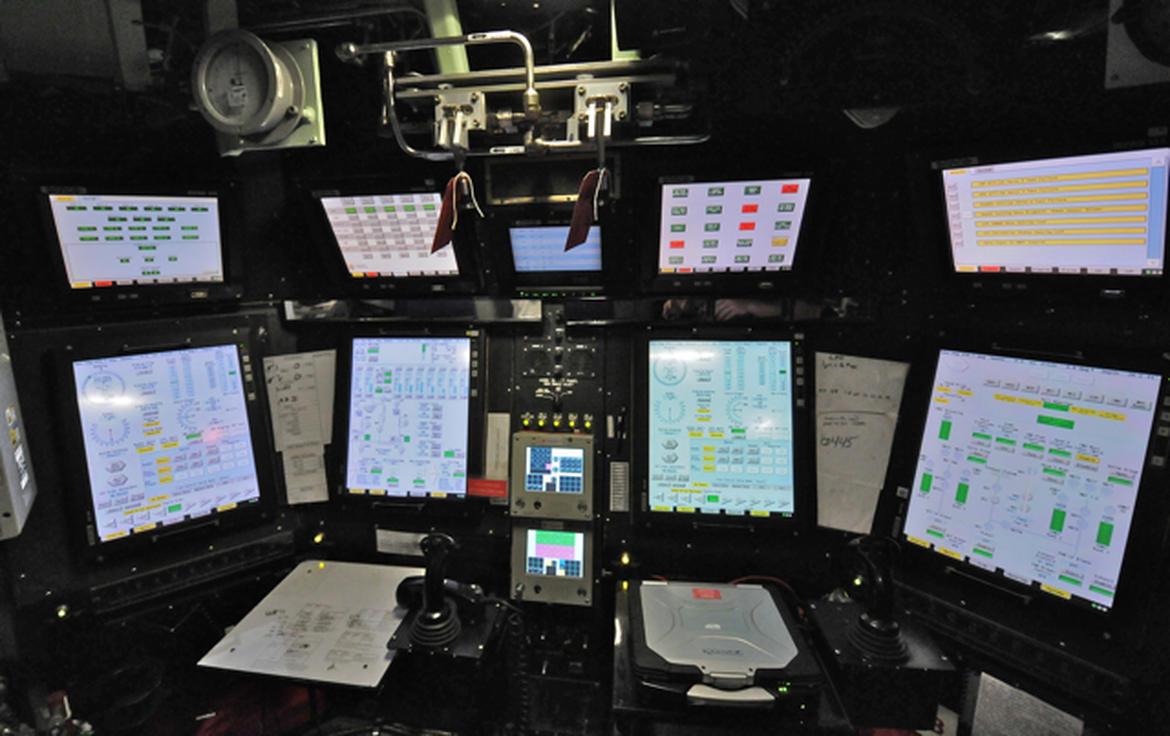 One of the highlights was "driving" the sub from the pilot's command center. The touch-screens and joysticks allow the pilot and co-pilot to command depths, angles, and other control modes. There is a high-speed "hovering" system that moves water between internal ballast tanks for very rapid angle control and allows very precise depth management. While underway we did some "angles and dangles" drills that involved up to 30 degree pitch angles. (control room photo source)

The crew in the mechanical room patiently walked me through all of the systems, such as the Catepillar V12 diesel that provides 1 MW of backup electricity in the event of a reactor shutdown. Much of the trip was spent doing drills, which included a simulated steam-line rupture, leading to a reactor scram and switch to diesel power. 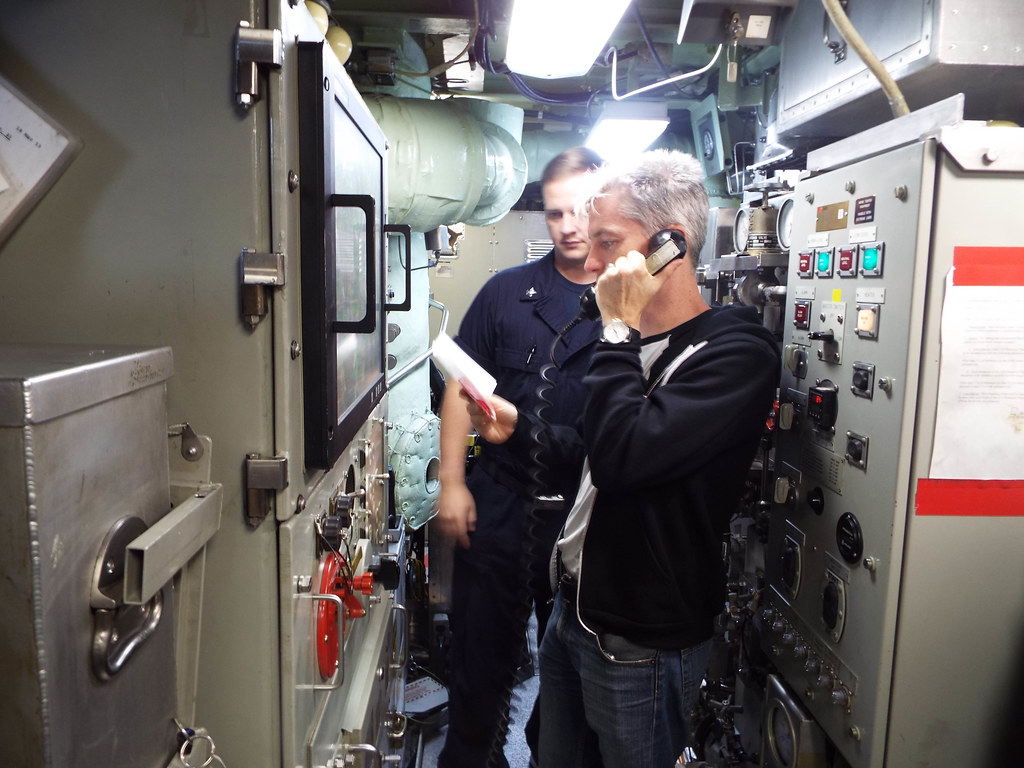 I also spent lots of time learning about the gas management systems. Oxygen is produced via splitting water (H2O) into O2. and H2 via electrolysis. The crew breathes in the oxygen and exhales CO2, which is then scrubbed using an amine process. This refrigerated amine to draw CO2 from the air, and the amine is then heated to release the carbon dioxide gas. This gas is combined with hydrogen (from the electrolysis and from the batteries) to form liquid methanol, which can be captured into bottles or released overboard. 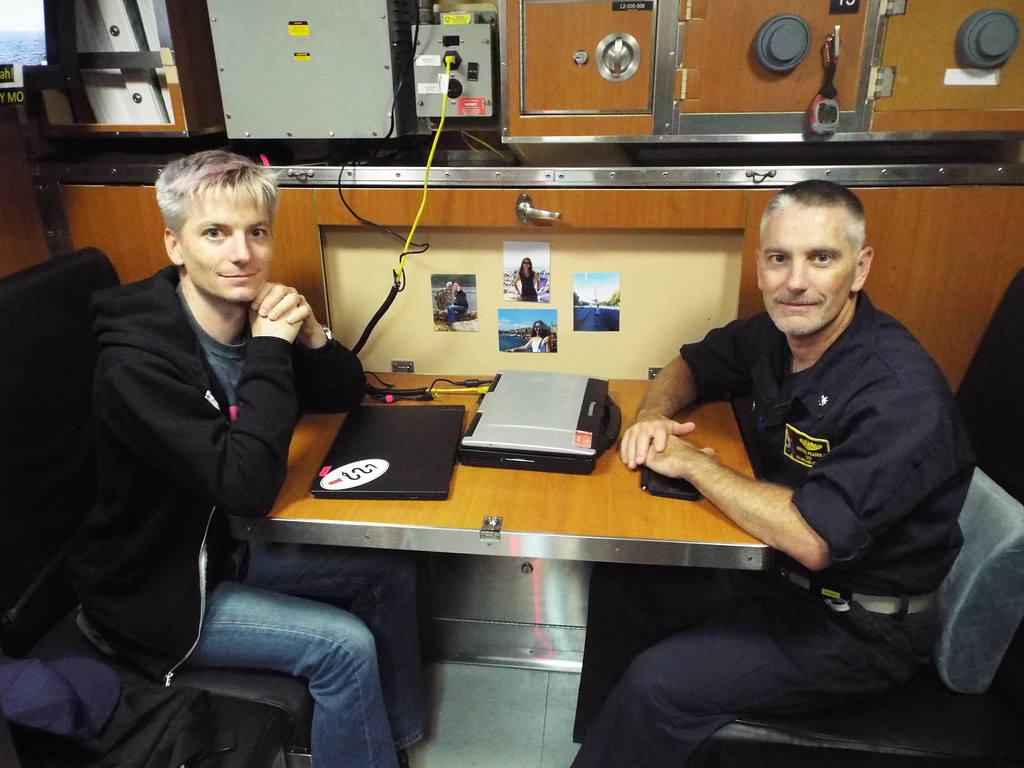 The CO's stateroom is his office and his sleeping bunk. Like many of the fixtures onboard, everything does double duty: his desk folds up into the wall, and then the wall folds down for his rack. This is the only private room onboard -- everyone else is in much higher density living quarters and many of the sailors time-share their beds, known as "hot racking".