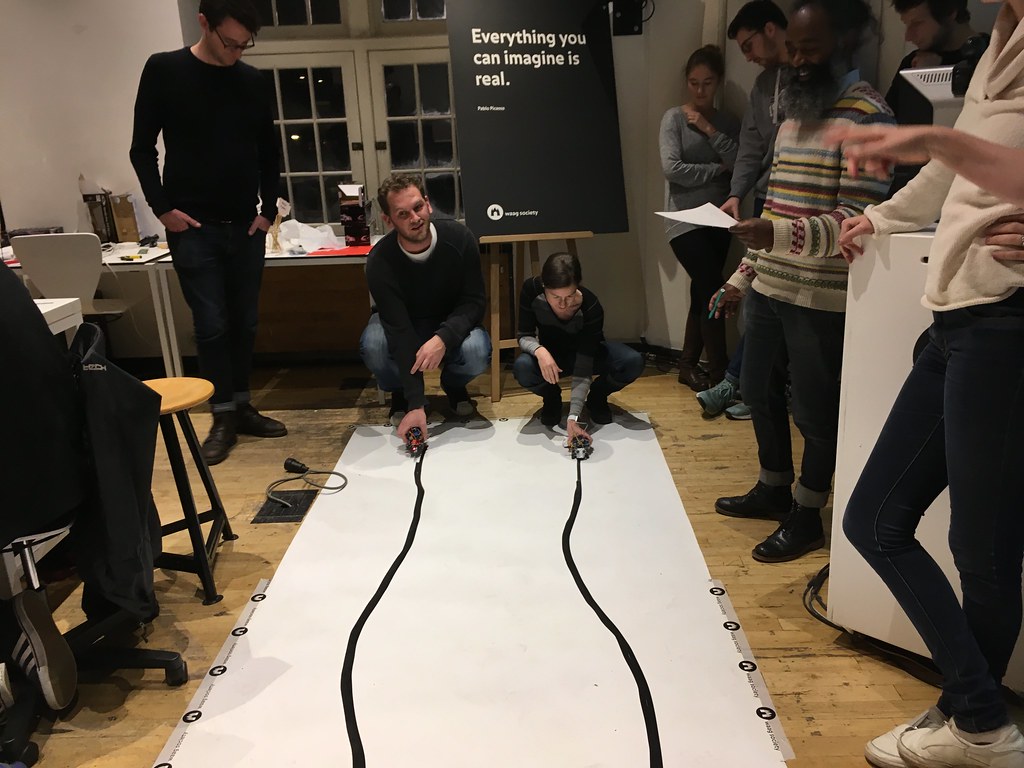 These cheap RC cars that the Waag Society were using for their autonomous toy car project included chintzy 27 MHz transmitters that had binary speed and direction control. Since we were using an Arduino and motorshield to control the car, the RC parts were surplus I wanted to try to use my new HackRF to decode the protocol.

The HackRF uses an accessory program named gqrx that is useful for "spinning the dial" to look for frequencies. It allowed me to quickly zero in on roughly 27.1 MHz for the signal. 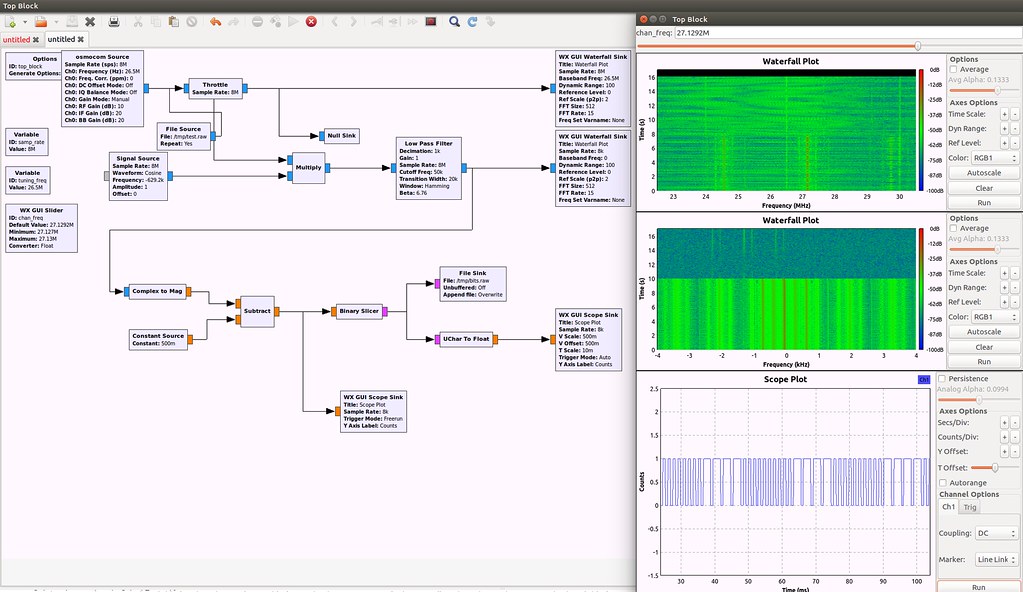 gnuradio is a "blueprint" based programming environment that takes some getting used to. In this case I followed Great Scott Gadget's On-Off Keying tutorial to configure the radio.