A friend of mine has an excellent condition Teletype Model 33 ASR that I've built an 110 baud 7-bit current loop adapter with an auto-on power relay. We've used it to read paper tapes and as a serial console for a Raspberry Pi. The bit encoding and timing is purely mechanical with a rotor very reminscent of the forty year older Model 15 Teletype.

The Teletype Model 33 is an electromechanical teleprinter designed for light-duty office. It is less rugged and less expensive than earlier Teletype machines. The Teletype Corporation introduced the Model 33 as a commercial product in 1963 after being originally designed for the US Navy. There are three versions of the Model 33:

The Model 33 was one of the first products to employ the then new ASCII code. A companion Model 32 used the more established five-level Baudot code. Because of its low price and ASCII-compatibility, the Model 33 was widely used with early minicomputers. 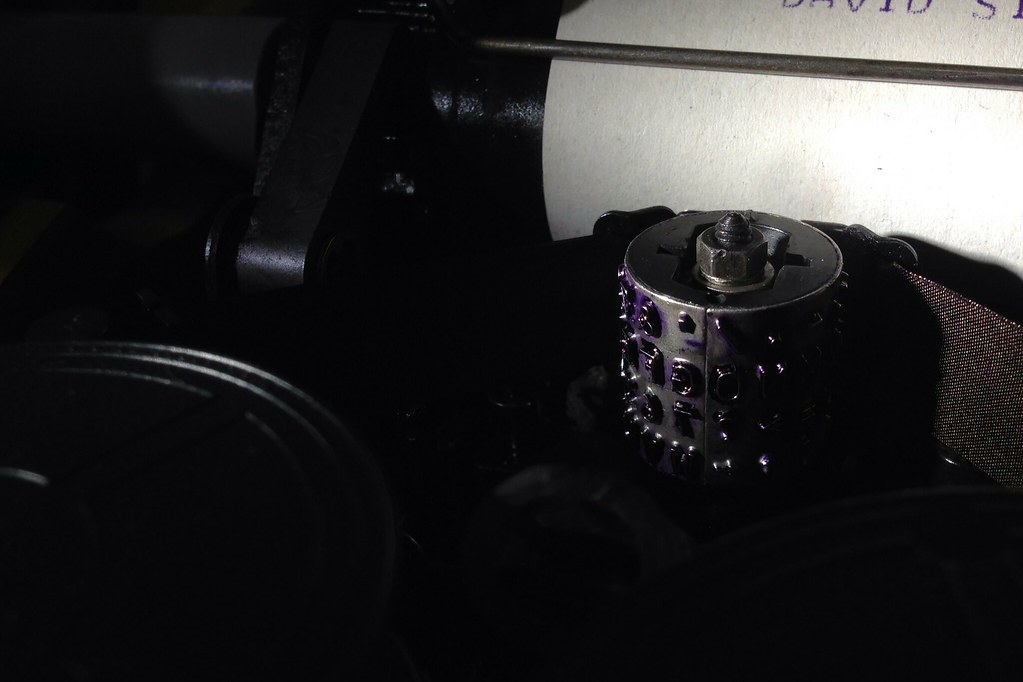 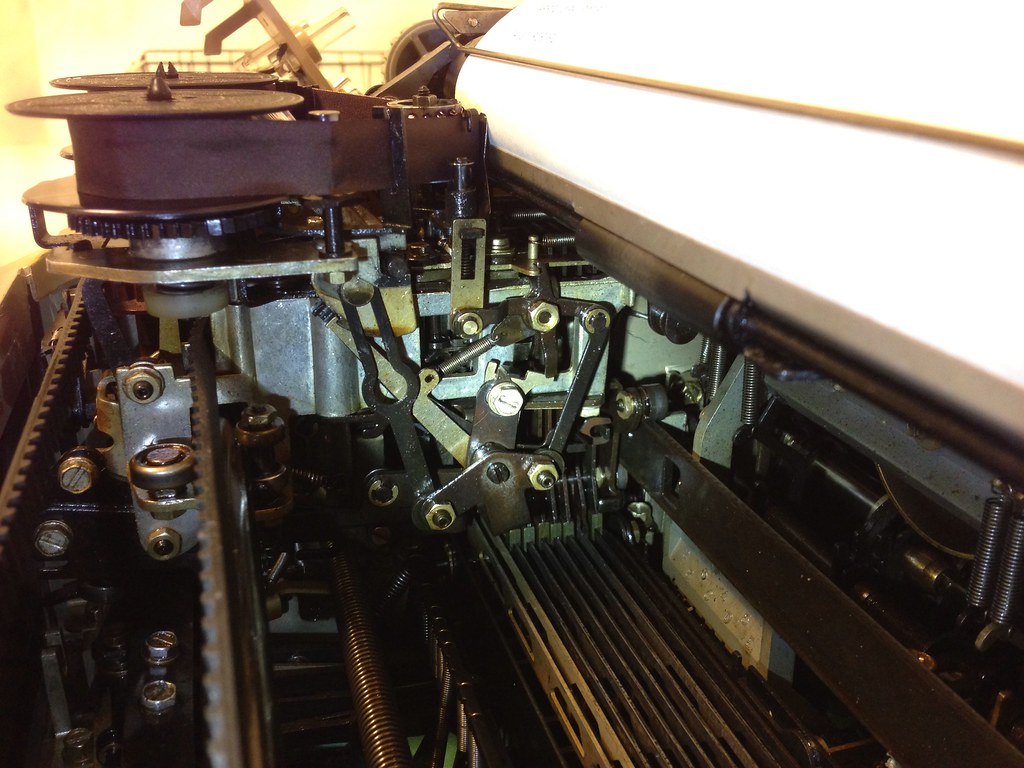 Very similar to the design of the Model 15 teletype. 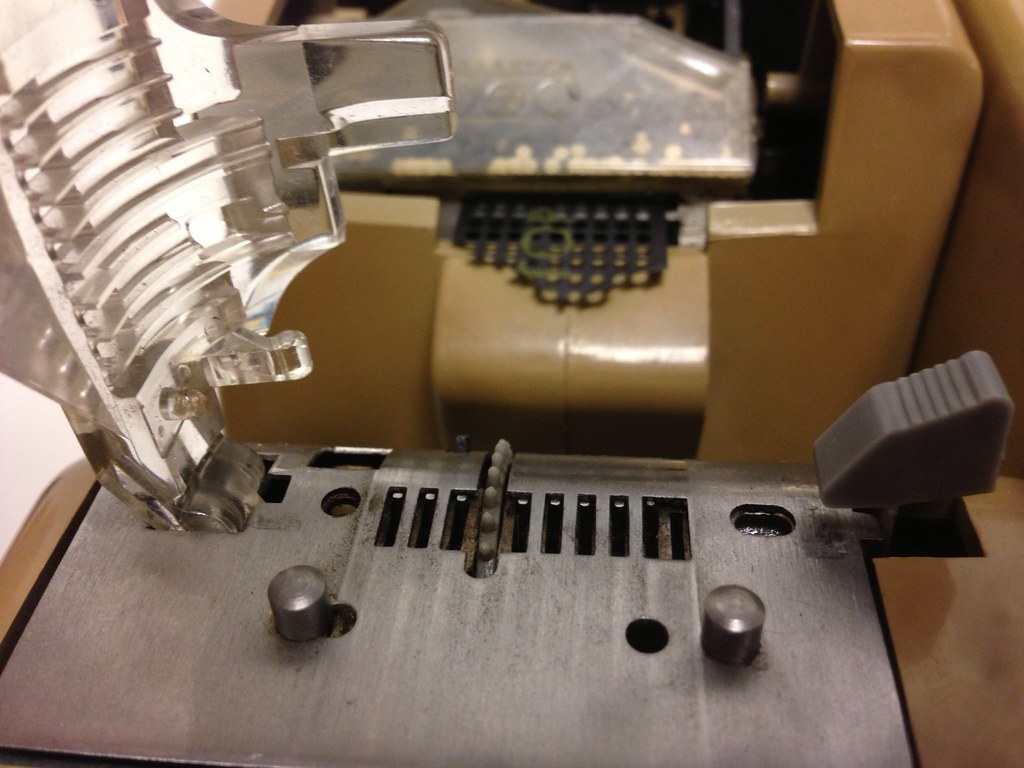 The paper tape punch is visible in the background.