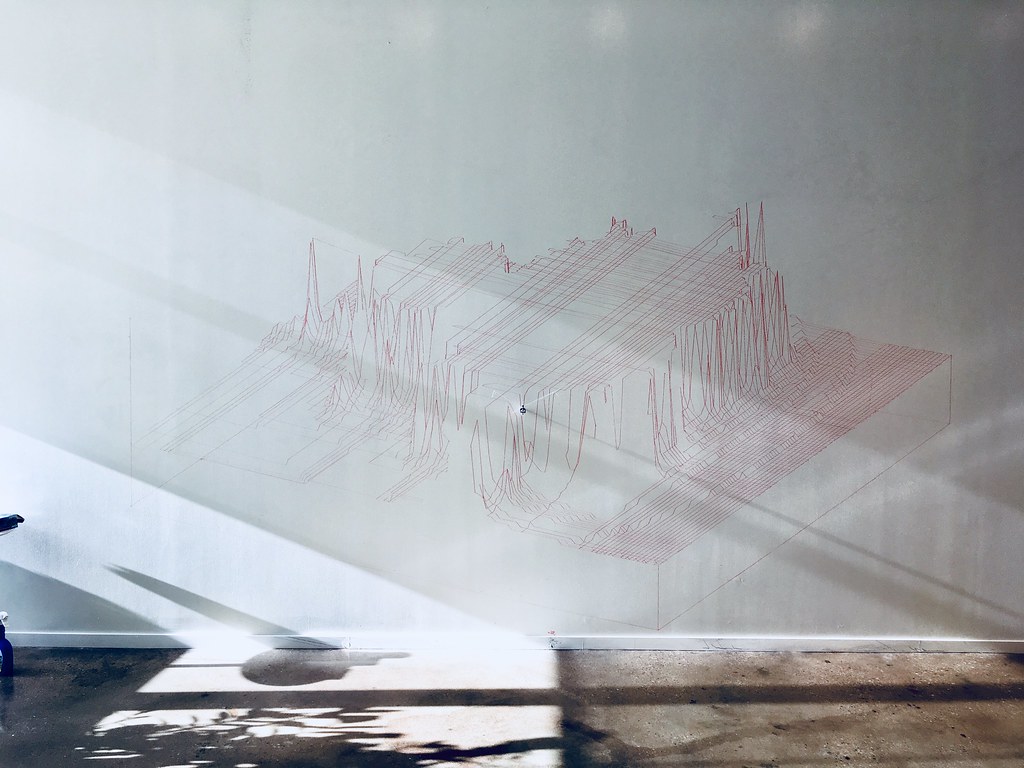 I was inspired by fbz's fractal knit wear to translate the Mandelbrot set into vector form for plotting with my Polargraph or the NYC Resistor Plotter.

The SVG file was generated with gnuplot, based on surface plotting (splot) example, although I think I should add countours to the bottom for more visual effect (as well as some of the other splot demo ideas). 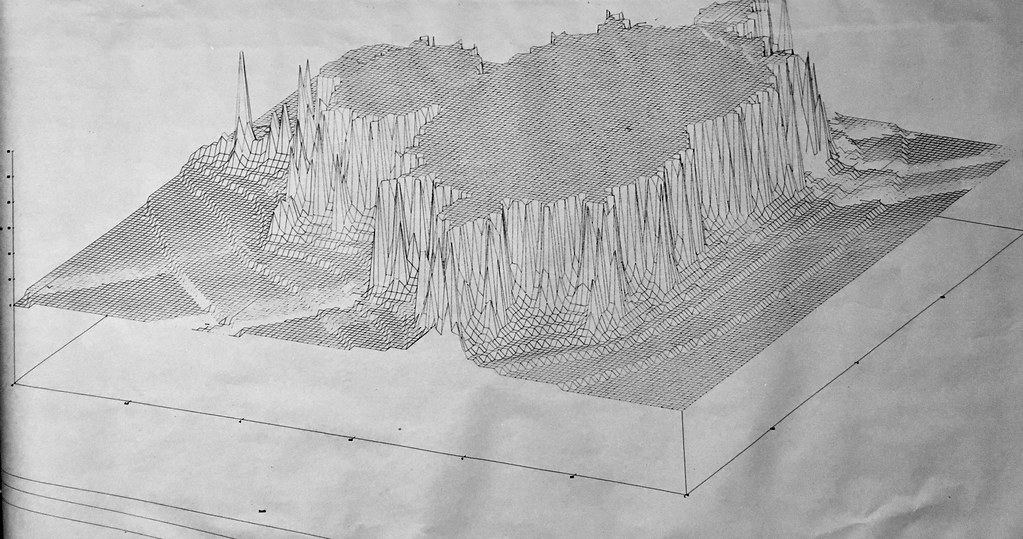 The plotter version needs a good pen -- this one ran out midway and had to be replaced. It is now hanging on the wall at NYC Resistor. 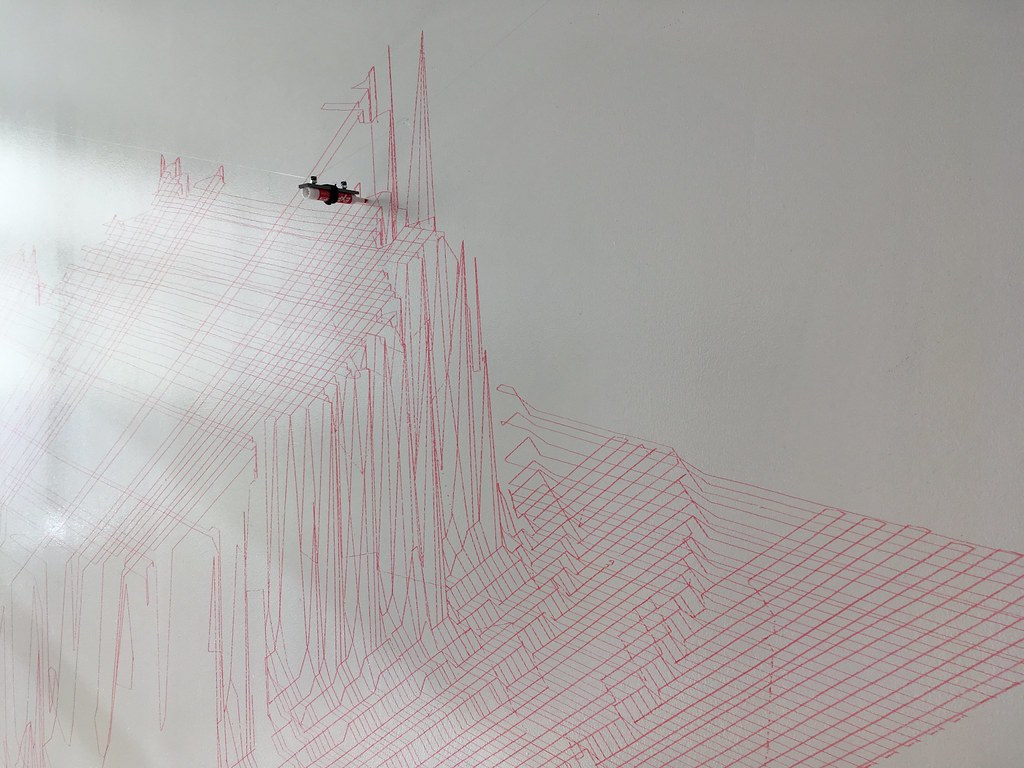 The polargraph version works fairly well, even with the lack of repeatable position control. It takes about eight hours to plot and is 4m x 1.8m.