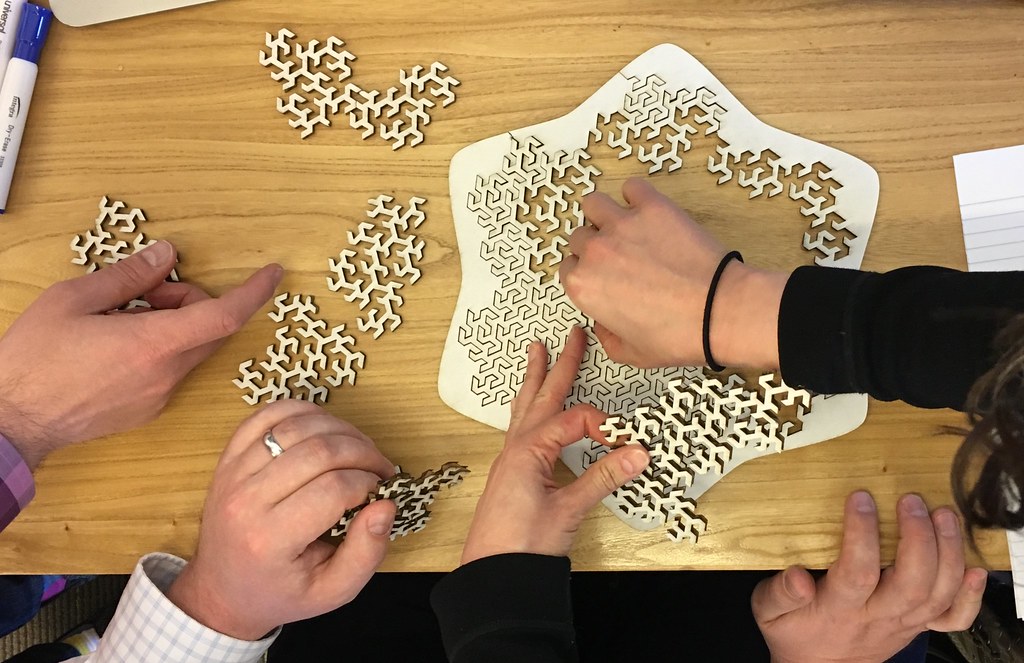 The Fractal Puzzle is a very challenging, very confusing laser cut puzzle that is built from the self-similar, space filling, fractal Gosper Curve. It can be cut from cardboard, acrylic or wood, although the corrigations make the cardboard somewhat difficult to take it apart. 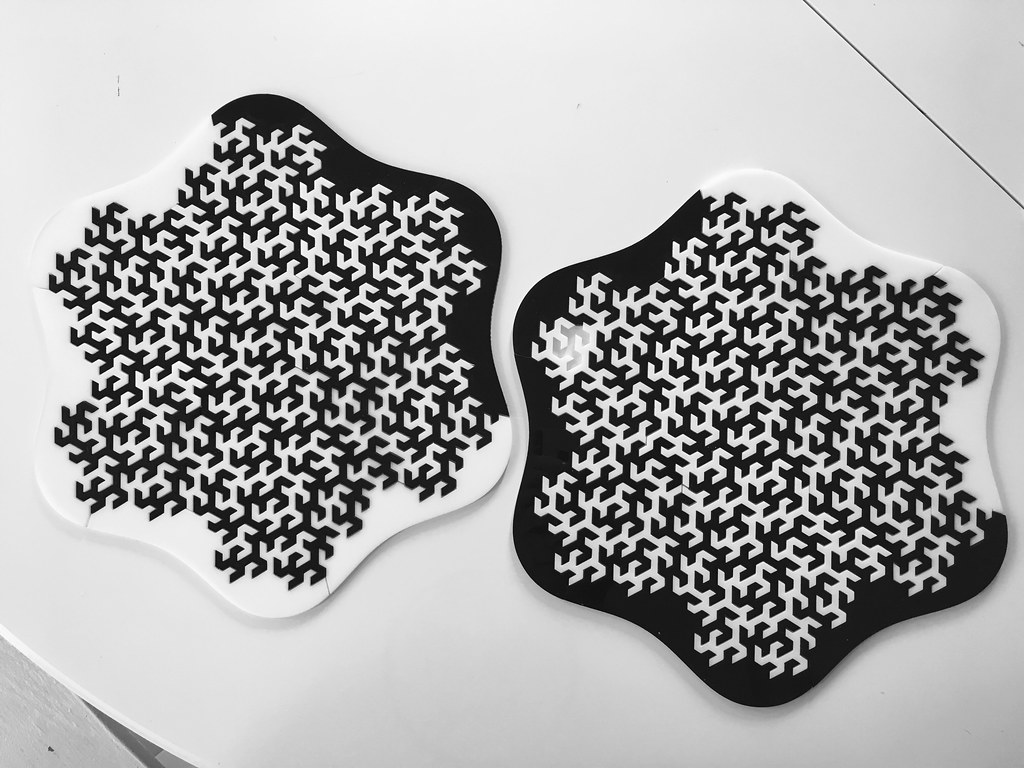 The Gosper curve is a single path that neatly divides the plane, so if you cut two puzzles from different colored acrylics they can be merged into two very striking bicolor puzzles. I need to take a separate photograph to show which pieces go with which half. 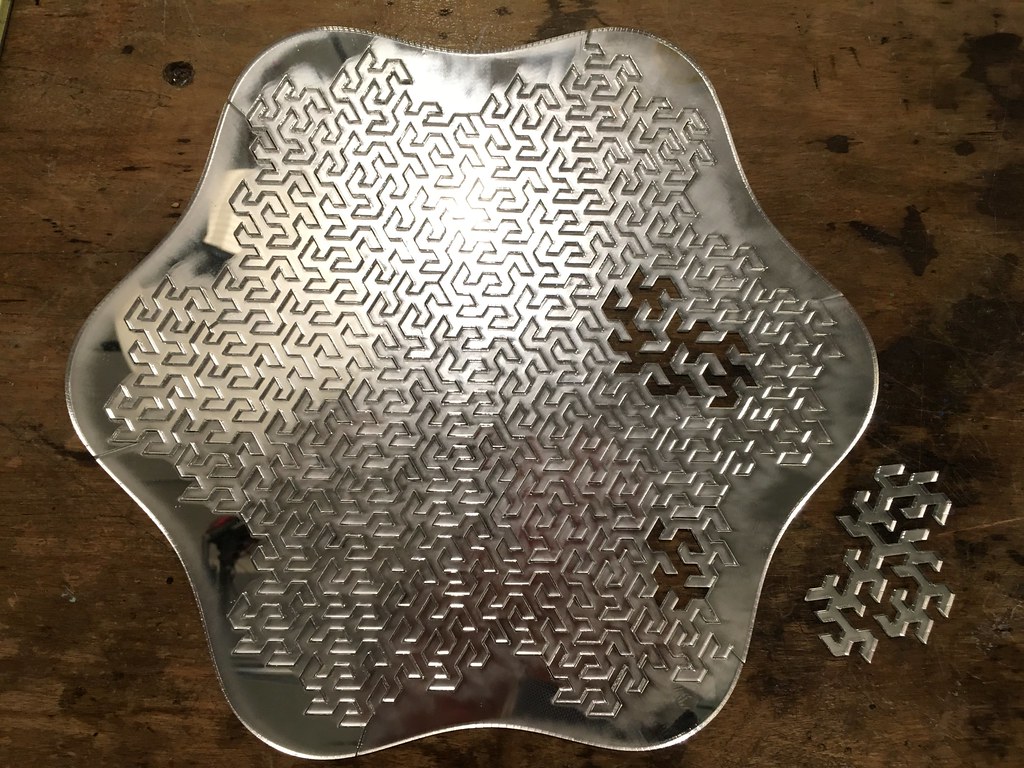 Since the curve has so much self-similarity, there are many garden paths that allow the puzzle to be almost completed, but the last piece won't fit. This requires backtracking all the way to the start, which is part of the fun. I'd like to find a good material that makes this easy; perhaps double-hitting the cuts would make for a larger kerf and make it easier to separate the pieces. 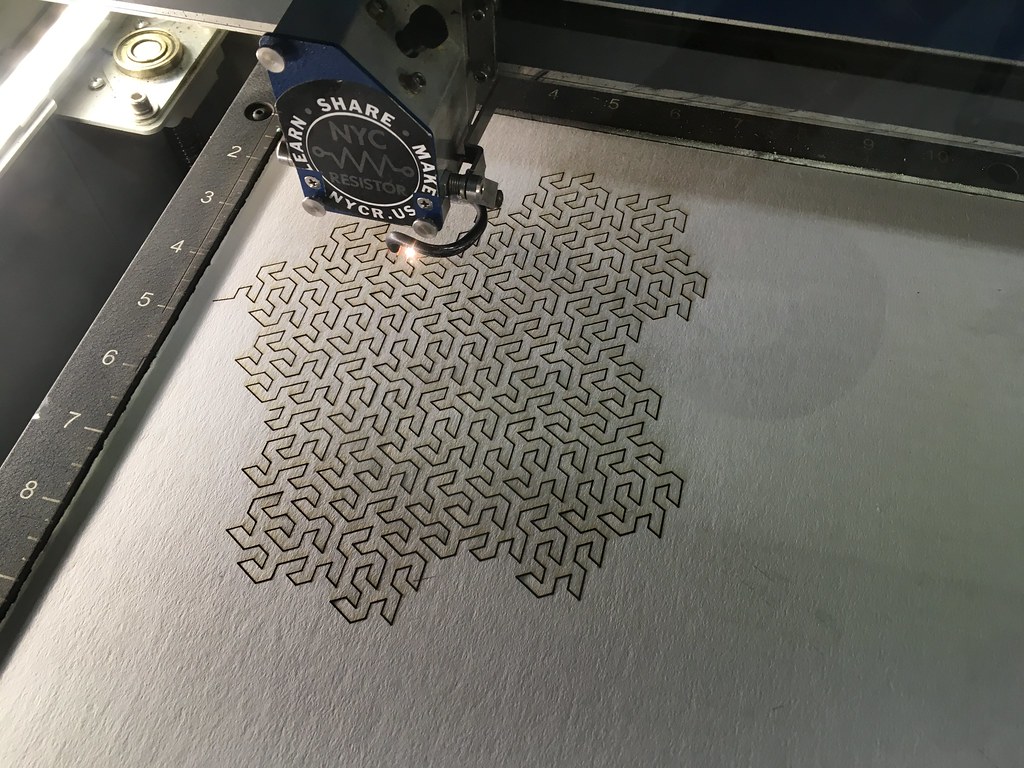 Laser-cutable design files are available as thing:2204078 and there are more photos in the album. If you need a solution, here is a key that will help you put it together. But do give it a try and expect to have to backtrack often to complete it!

Special thanks to Guy, Bonnie, Holly, Zach and Rachel for play testing.