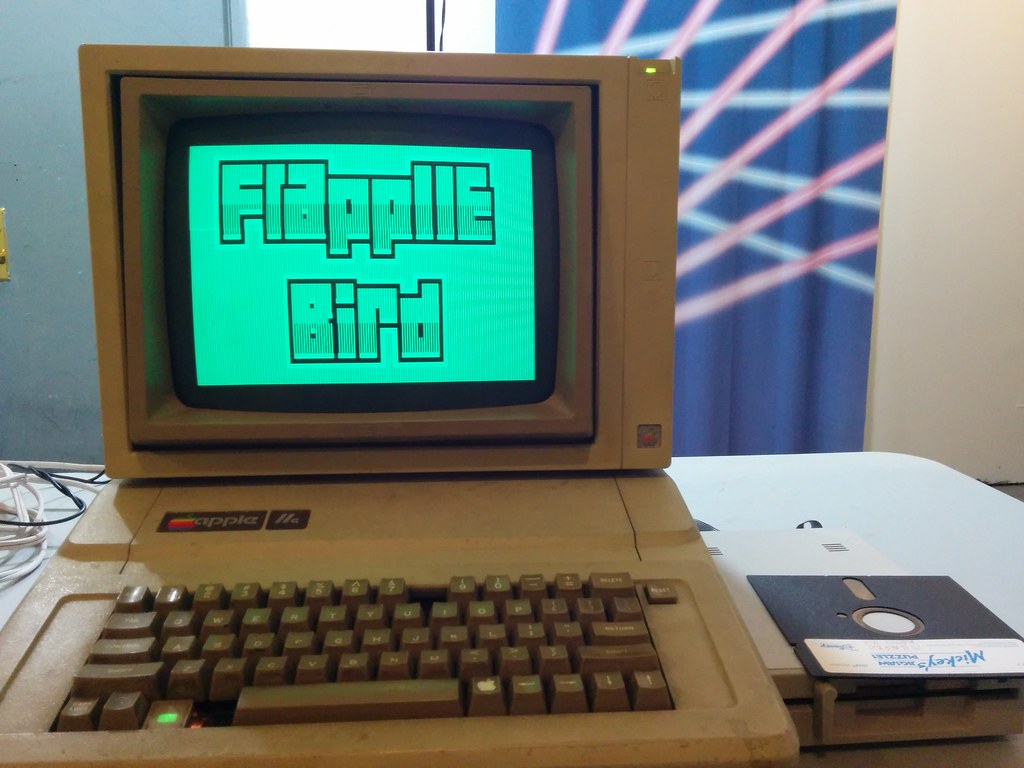 One of the art pieces on display at the 2015 Interactive Show at NYCR was a playable Flappy Bird clone for the Apple //e written by Dagen Brock. 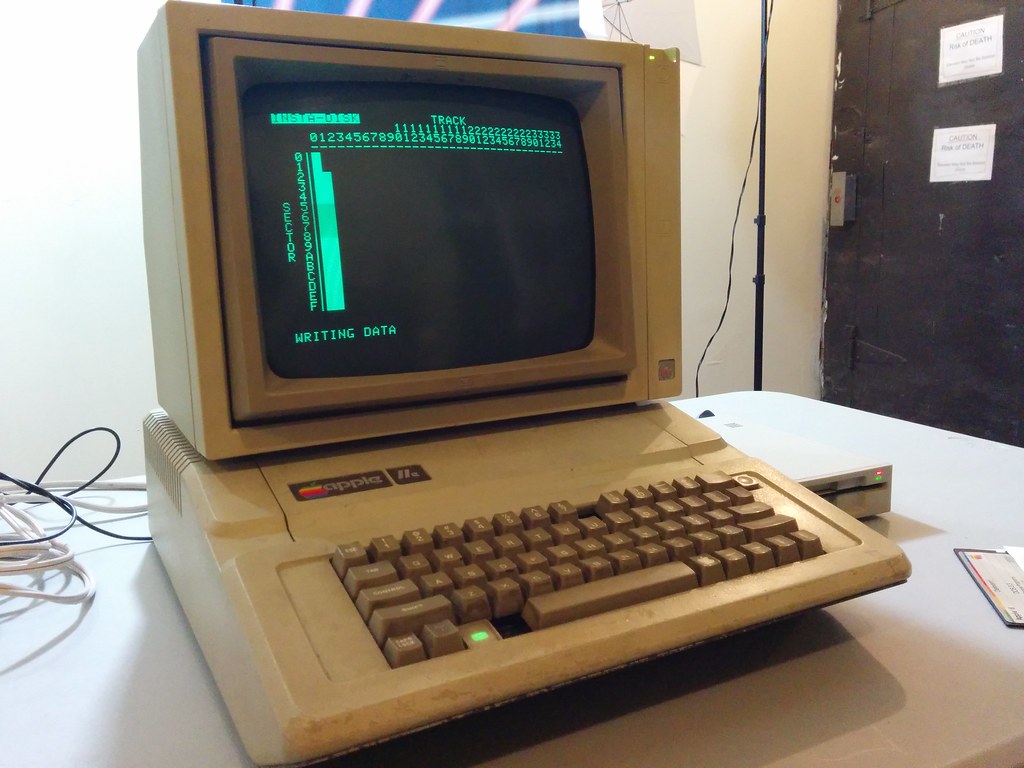 We used c2t to convert the disk image to a WAV file that could be played back on the headphone output of my laptop to the cassette input on the Apple. The first few seconds of data are the INSTA-DISK loader, which formats the floppy and then receives, decompresses and writes blocks to the disk. The above photo shows the write in progress.

The files are distributed in a ProDOS format, which c2t can't handle. So I used AppleCommander to extract the FLAP.SYSTEM file from the flapple140.po disk image and then insert it into a Dos 3.3 image that could be transferred.