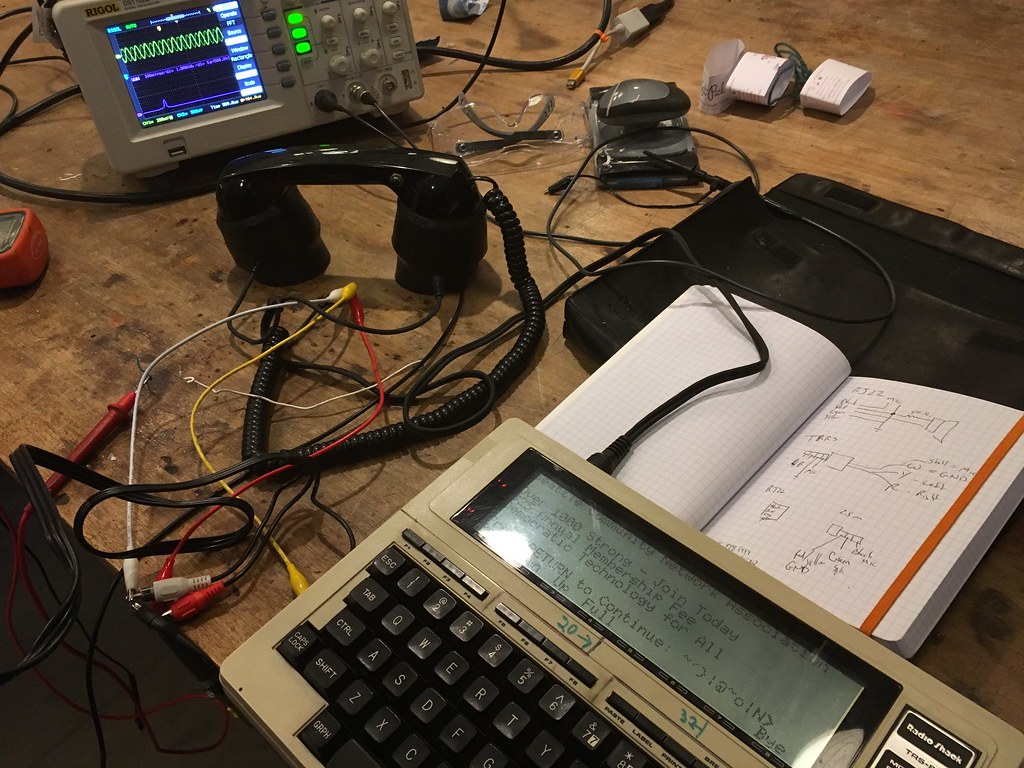 My stock TRS-80 Model 100 has a built-in 300 baud modem and included an acoustic coupler set, but I didn't have a landline to try it with. At first I tried using a VoIP phone, but the modern square handset didn't seal with the couplers, so it didn't work well beyond a few characters. 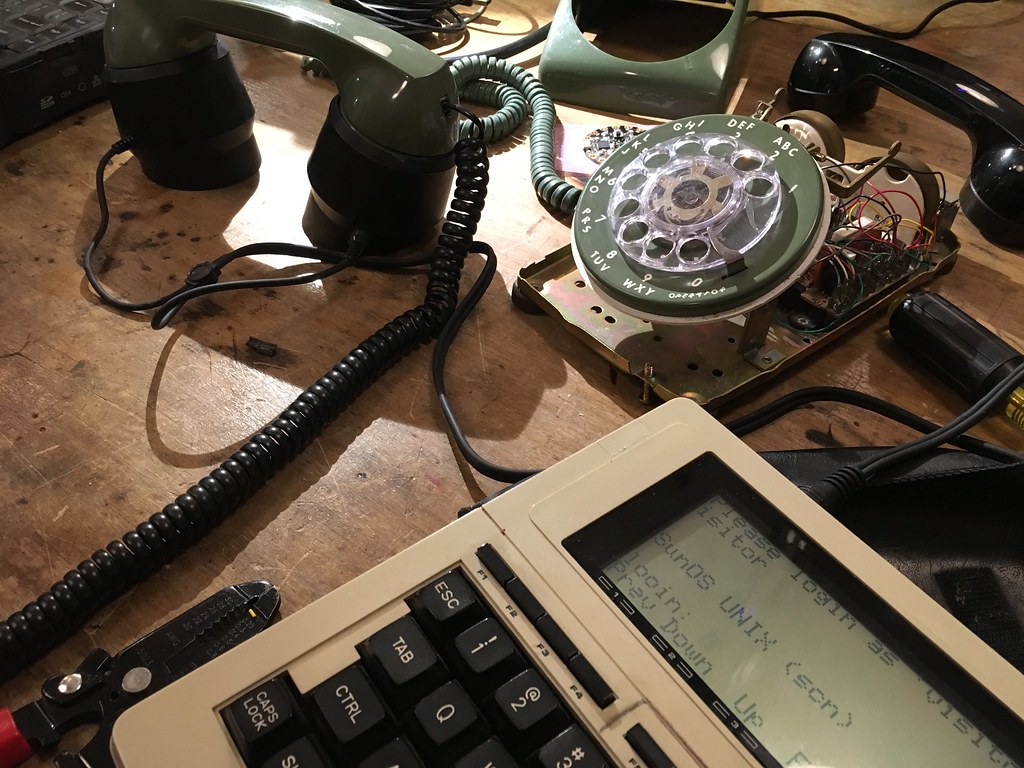 Since the 300 baud FSK is fairly low bandwidth, I hoped it would work over a mobile phone's audio passband. So my second try was to use the cellphone headset with an old handset (with a RJ22 jack to 2.5mm three conductor plug). The handset fit the couplers, but didn't fit the 3.5mm TRRS jack on the phone.

A makeshift adapter from the RJ22 connector was built using a TRRS video cable (red/white/yellow RCA) jacks and some aligator clips. It was a little finicky and a proper cable should be built for longer use. 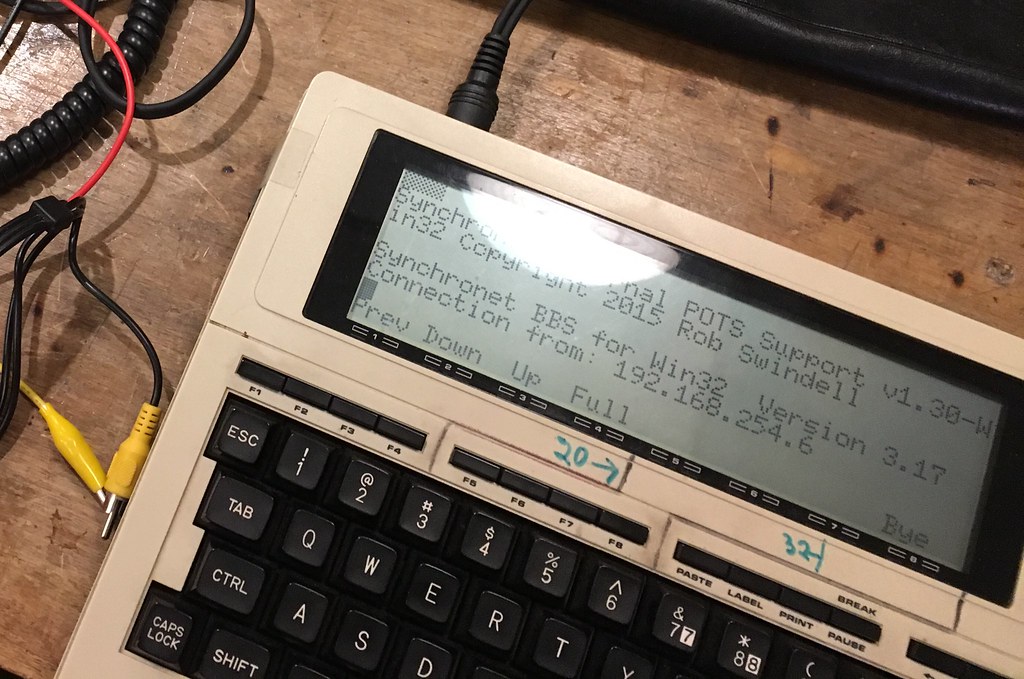 My ISP was running PPP on the dialup lines, which is not supported on the Model 100, so I called some of the ones listed in the Telnet BBS Guide - Dial-up. Most of them had fancy ANSI art that didn't render on the dumb terminal, but a few of them were plain text and mostly workable. The handset needs velcro straps to hold it down; there was still some noise and it made for frequently mis-sent or mis-received characters.

Next step is to make a more robust cable, a way to secure the handset and to take this system out to a cafe for mobile internet access. For extra fun, I built a rotary cell phone that provided the proper pulse-dialed interface and a real ringing bell for incoming calls.