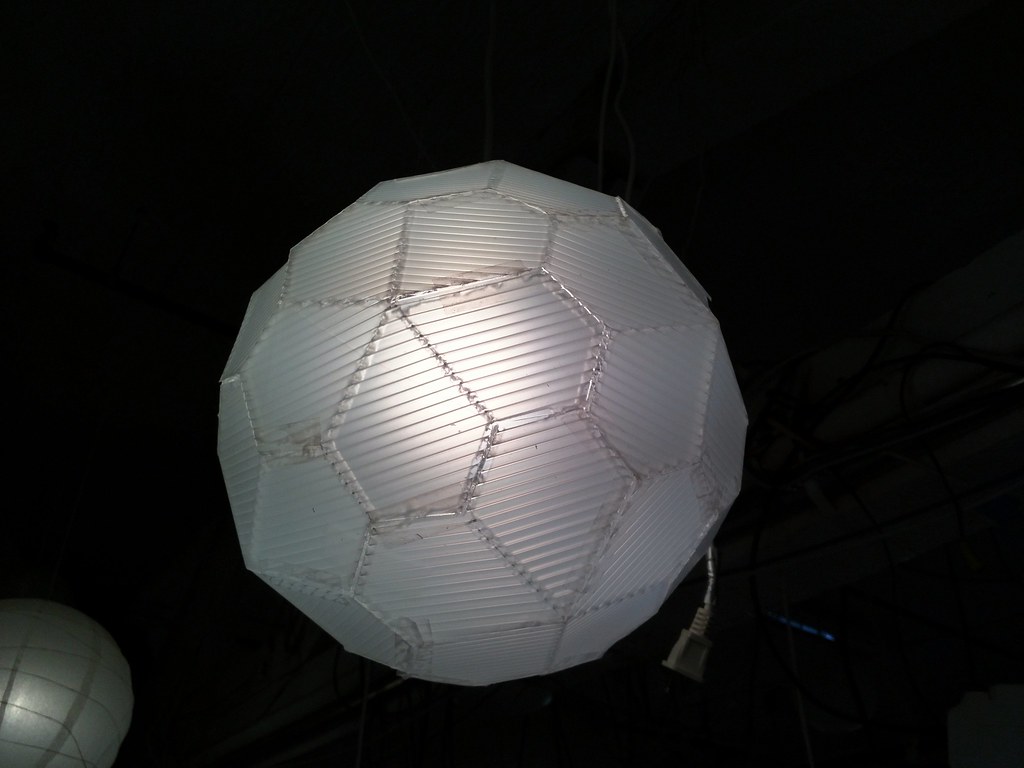 It is possible to cut Coroplast on the Shopbot, although I haven't found the perfect settings yet. I've used it to make a large Catalan polyhedron that diffuses light nicely. 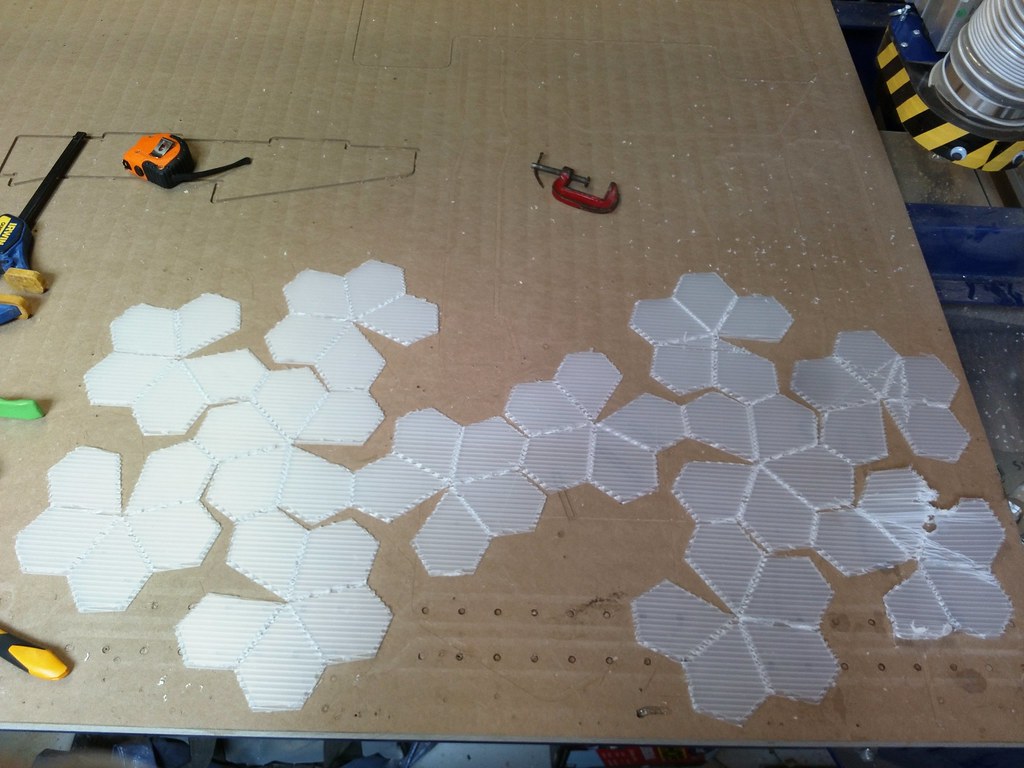 The pattern was generated by unfolding the STL file to generate a layout. These was massaged in inkscape and then imported as DXF into vcarve (note that PDFs from inkscape seem to have double hits on every line). I experimented with feeds-and-speeds to see if I could get decent results; the internet recommended 15000 RPM, but this made a mess. 9000 RPM was slightly better and a very slow feed rate. 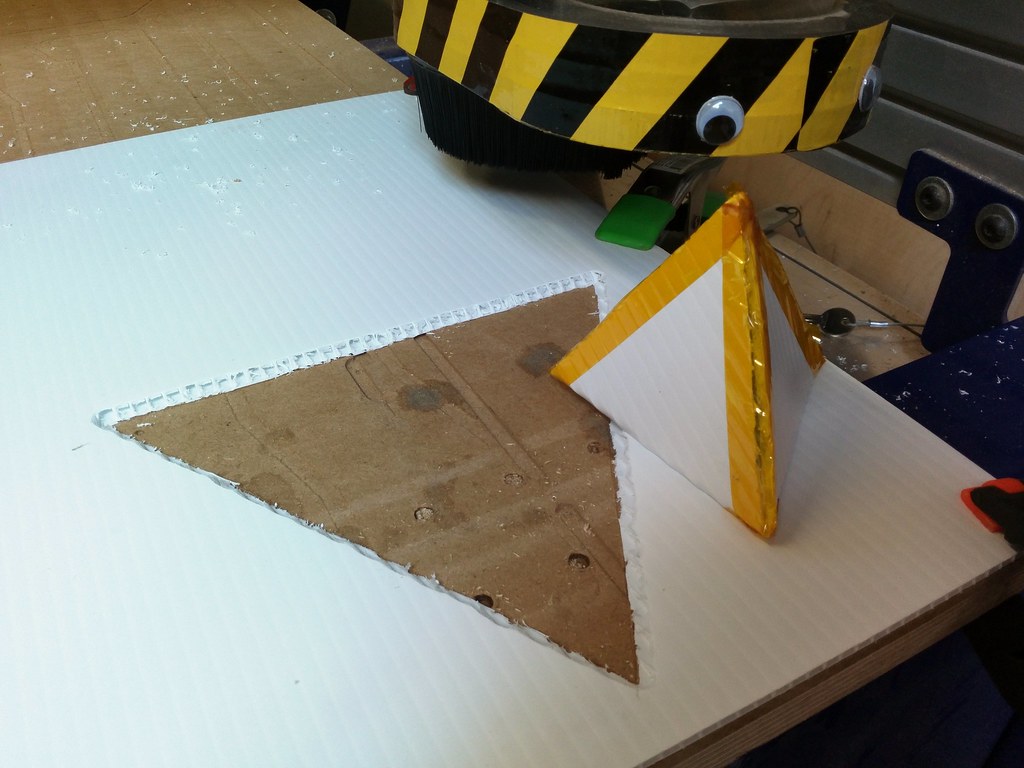 The 90-degree bit makes the corners slightly bevelled, which allows them to meet up fairly smoothly. The cut depth had to be significantly past the 0.157 inch thickness to go all the way through; 0.22 gave a solid cut but still left things quite ragged. Additionally, this tetrahedron is slightly beyond 90 degrees, so the bend is a little cramped and must be pulled together with some tape. A better idea might be to have all of the joints meet on flat surfaces and use some sort of rigid joiner.

The first major problem that I encoutered are that the vacuum suction for the chips is powerful enough to lift and flex the coroplast, which can then hit the bit if the retract distance is not tall enough. The second is that some of the chips will melt and clog the collet. I had to mechanically remove the bit and blob after cutting.

I'll probably try this again since the sheets are quite cheap ($8 for 4x8 white), diffuse interior lights nicely and can make very large rigid shapes.