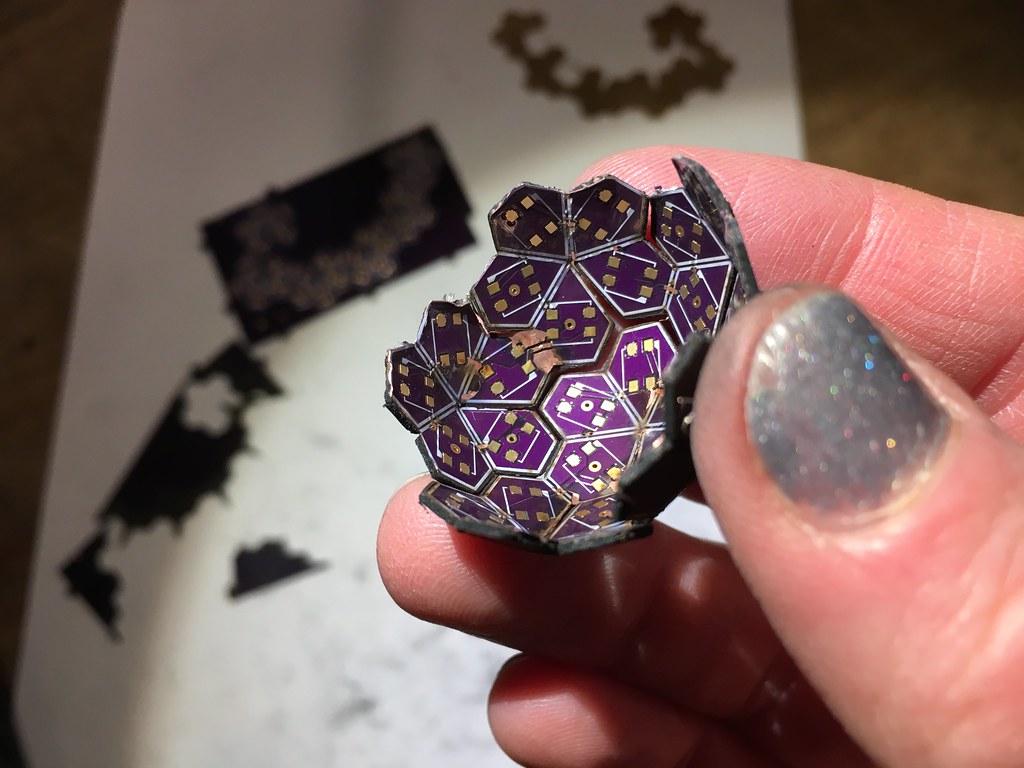 Inspired by @brainsmoke's miniball, I designed a Catalan polyhedral PCB based on the Pentagonal hexecontahedron. He used a CNC mill to partially score the PCB, but I had the idea to use the laser cutter instead. The key observation is that the laser can cut bare FR4 and soldermask, but does not damage the copper at all. The 3030 sized WS2812 compatible LEDs allow the wiring to be quite simple -- the only traces are large power and ground planes and a smaller data line.

Since it was such a small piece, I used oshpark's 0.8mm boards. At 4% speed and 100% power on NYCR's 60W laser it almost went all the way through, but required quite a bit of mechanical effort to remove. Better alignment of the PCB to the laser would help, as well as removing the misguided attempt to add solder pads to the edges of the bottom of the board. 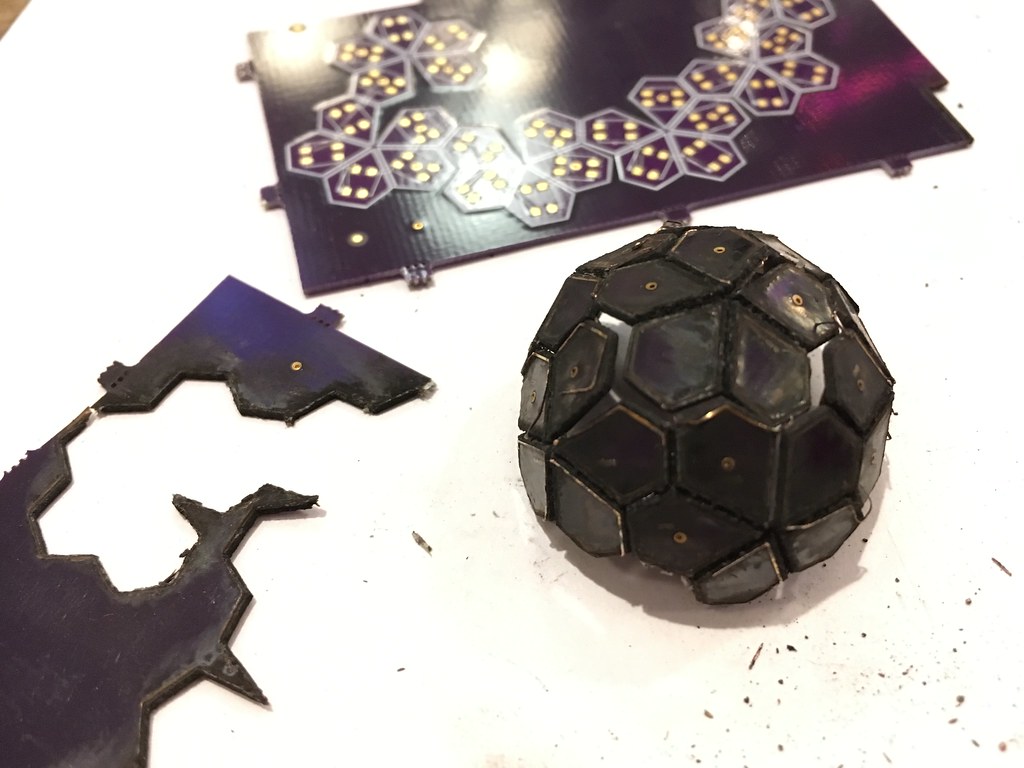 Removing the soldermask from the cut side might also prevent t from flaring up as much. It also produced an enormous amount of soot and made for a very messy board. The heat made the soldermask on the opposite side flake away in some places and it was quite messy to assemble. 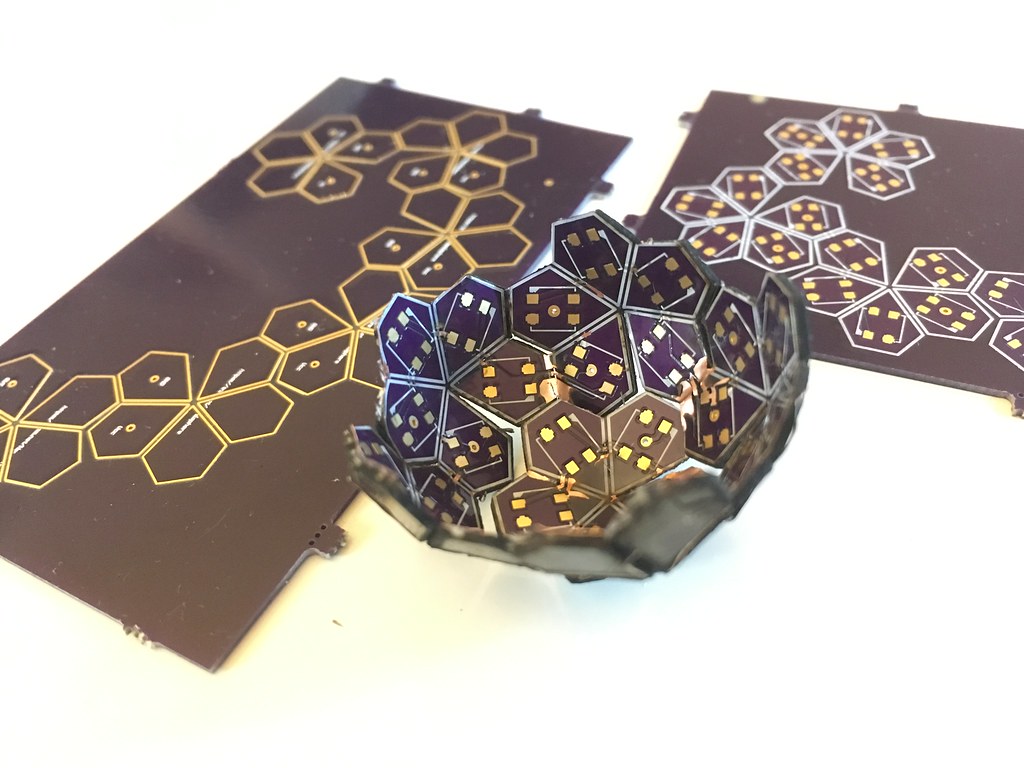 The copper layer acts are flexible hinge and allows the polygonal faces to be folded together. Unfortunately my plan to remove enough material for the copper to be on the top of the board didn't work, so the board folds inward and the LEDs ended up on the inside of the ball. The PCB could be reworked to move the LEDs to the other side with vias for the traces, although it wouldn't be quite as simple of a design. 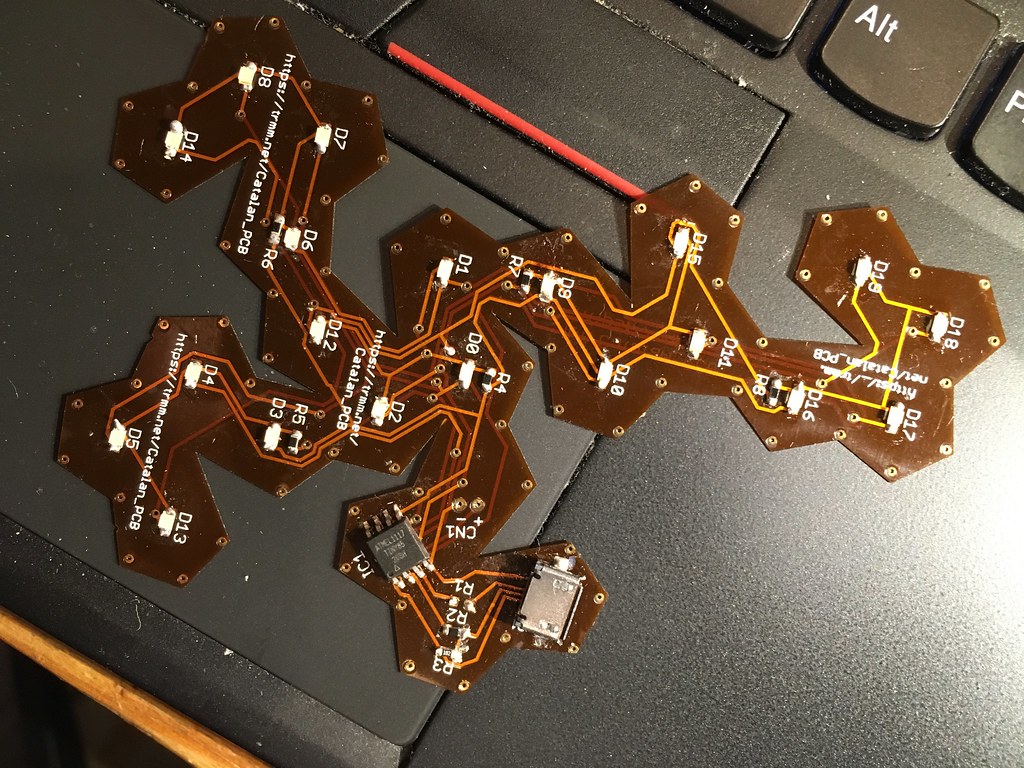 In June 2017, oshpark announced flexible PCB trials using Kapton material. Since I love the Catalan solids, I decided to try to adapt my charlieplexed design to a 24-sided fold-up Pentagonal icositetrahedron. 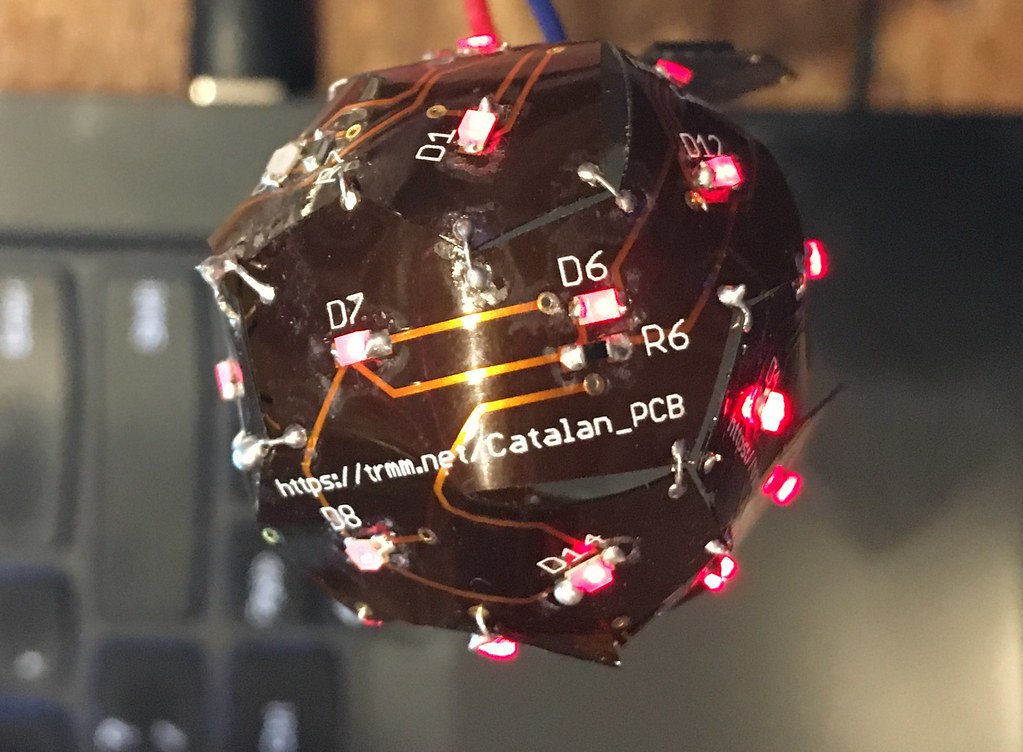 It worked ok, although the edges ended up very rounded. This makes it far less geometric than I had hoped. Lessons learned: