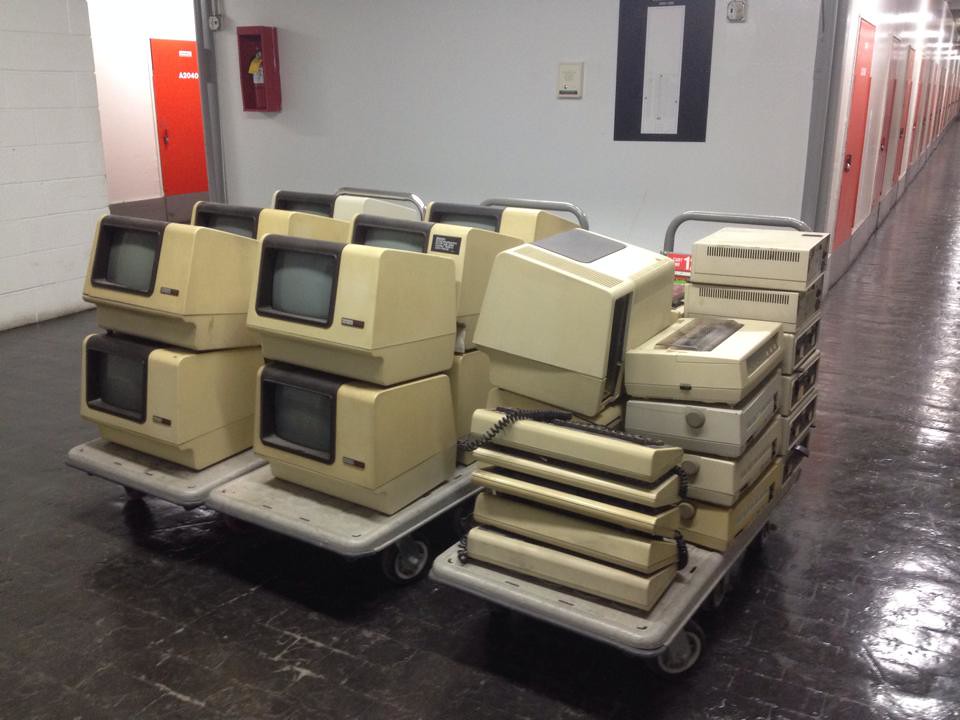 We acquired literally a palette full of VT100, VT180, VT130, etc terminals. Most of them were marked with various failures (bad tube, bad power supply, etc). One worked great as is, and we've repaired some of the others. 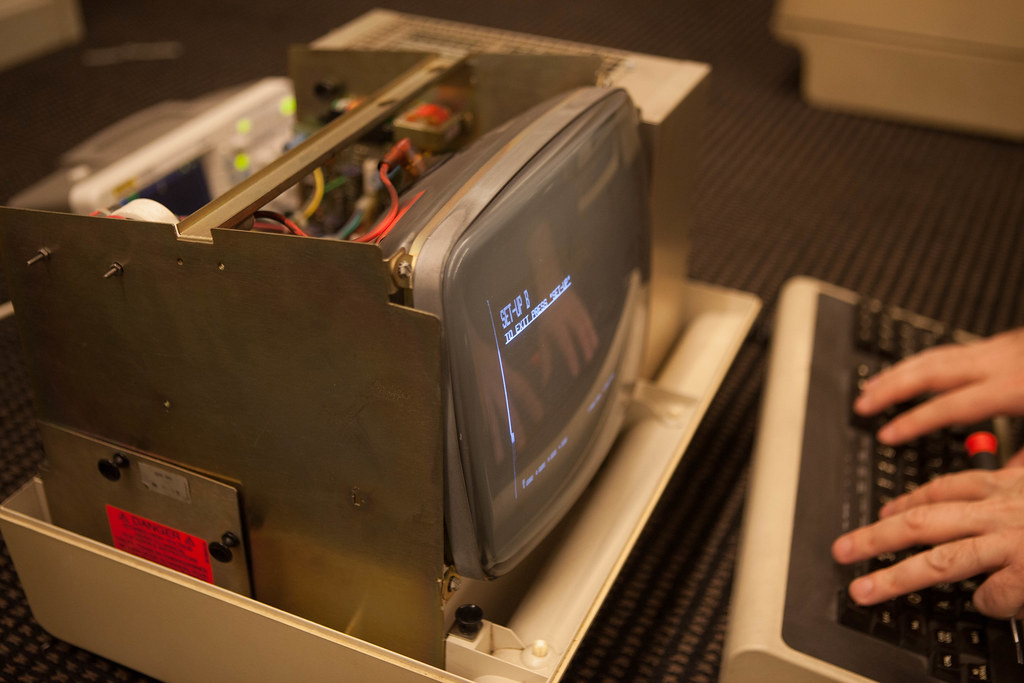 By the way, the symptom you get before C439 fails completely is a white stripe on the left side of the screen. When the cap fails, it may explode in a ball of smoke or just poot out a bit. 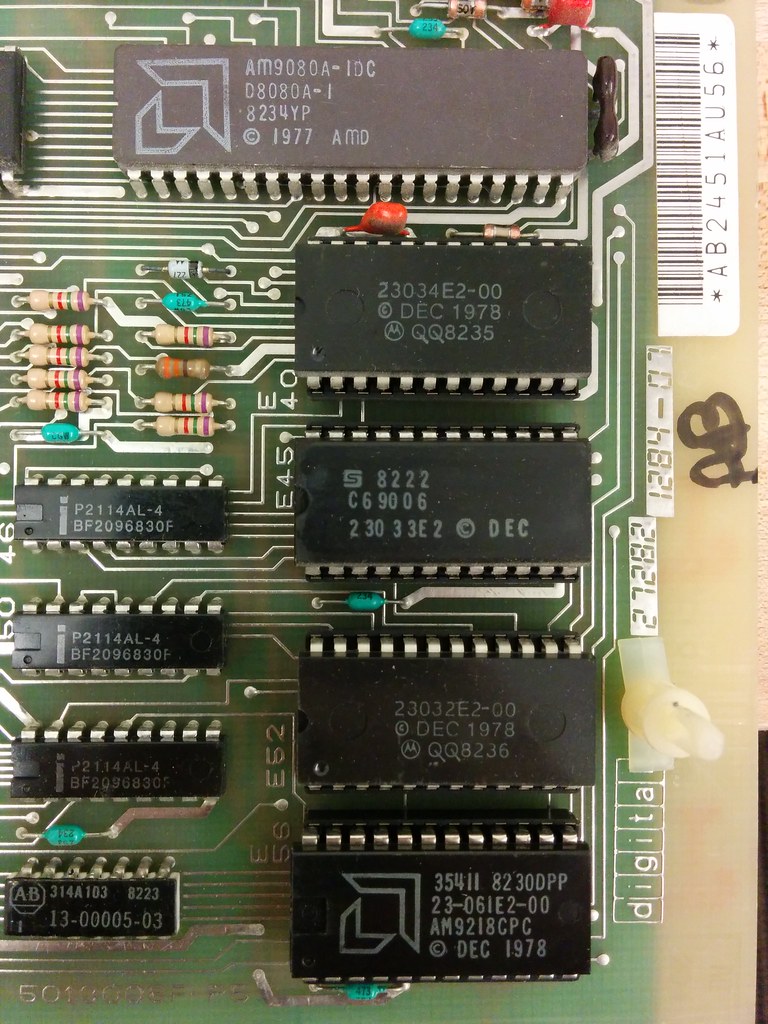 There are four 8316E ROM chips for the 8080 CPU on the logic board. Since they are custom mask ROMs, Digital was able to have a different chip-select bit pattern and avoided having separate NOT gates on the inputs. Note that the schematic appears to be incorrect -- E56 is the low order, and E40 is the high order address bits. VT100.bin is a ROM dump. If you like this sort of thing, vt100romhax might also be of interest. 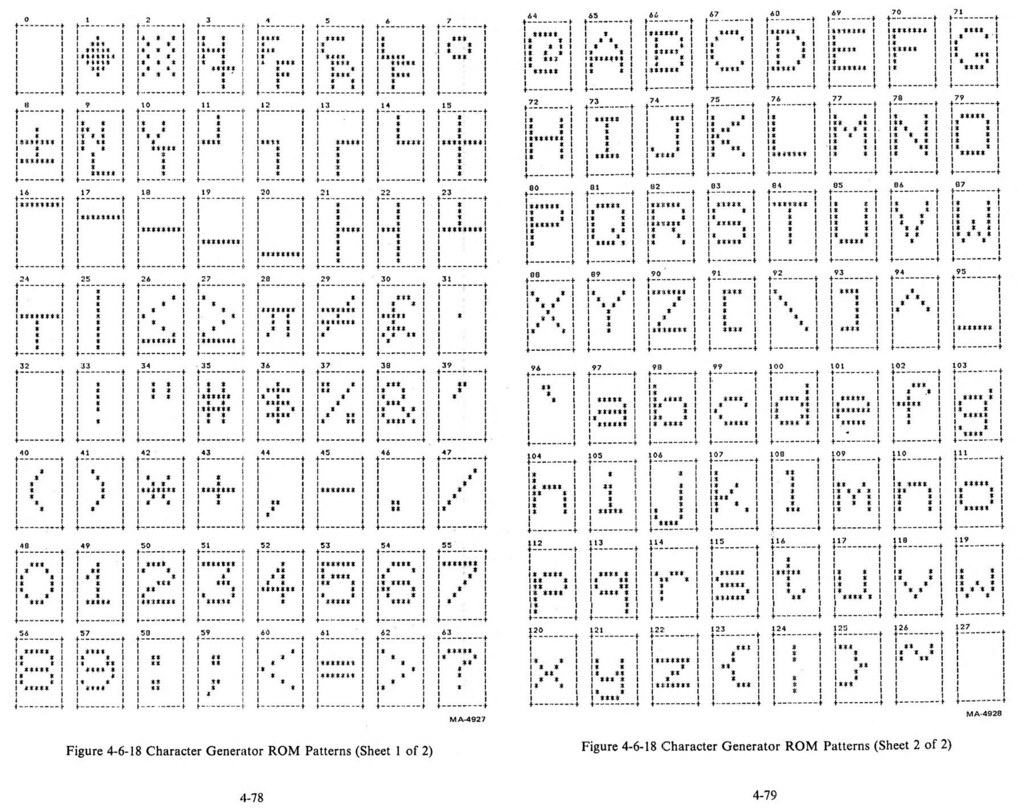 The character set is stored in a different ROM and I haven't dumped it. However, there is a very nice representation of it in the VT-100 Technical Manual (July 1982).