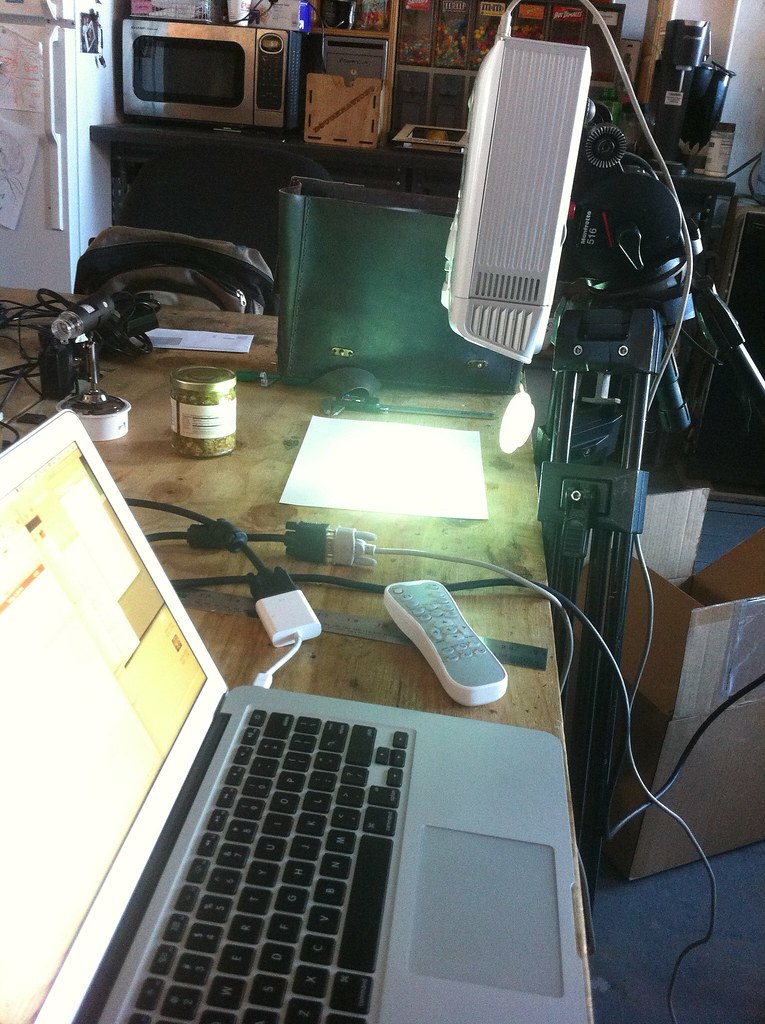 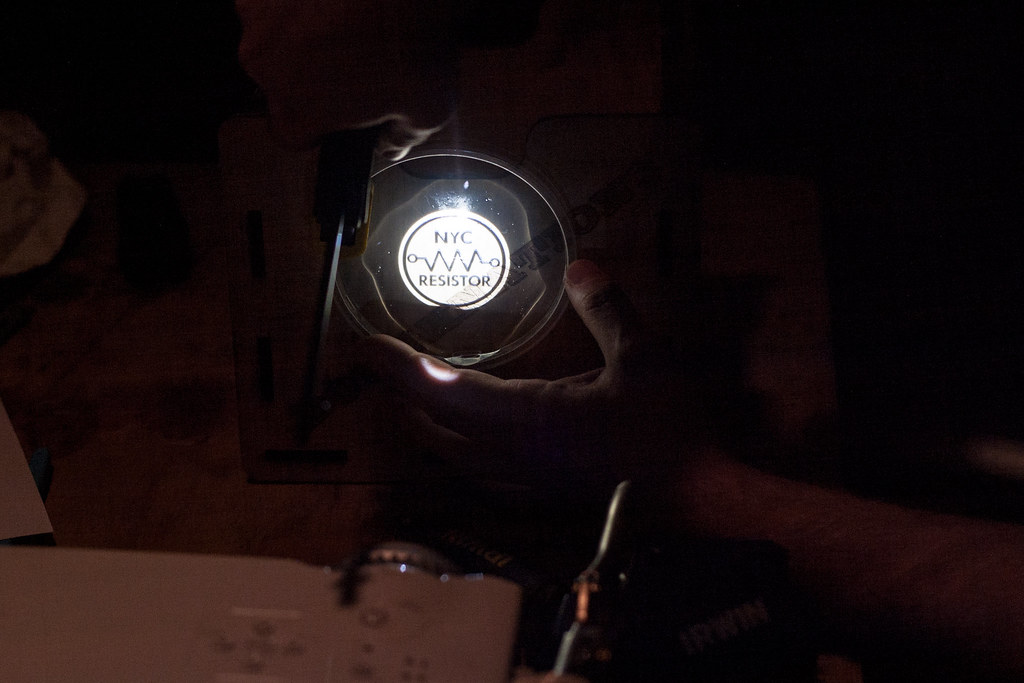 For a #hackfriday in 2012 at NYC Resistor a bunch of us were inspired by Junior and ScribbleJ's 3D printing projects and experimented with UV curing resin using a DLP projector. 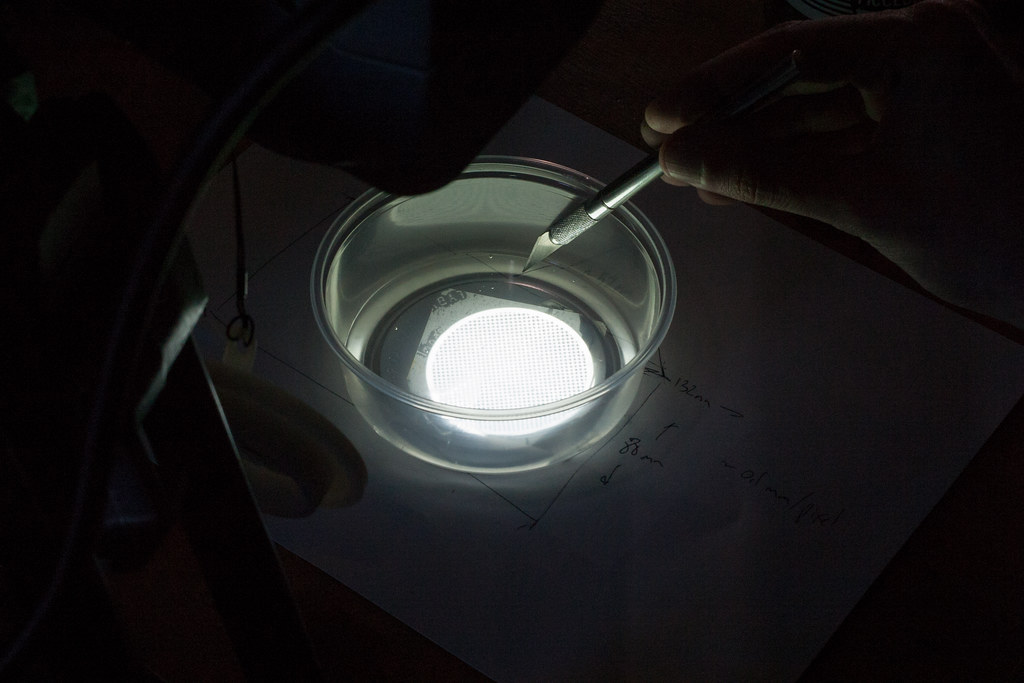 We had some JMP UV stamp resin, although it didn't cure solid with the normal projected image in our test. Even with thirty minutes of exposure, the resin was unchanged in viscosity. 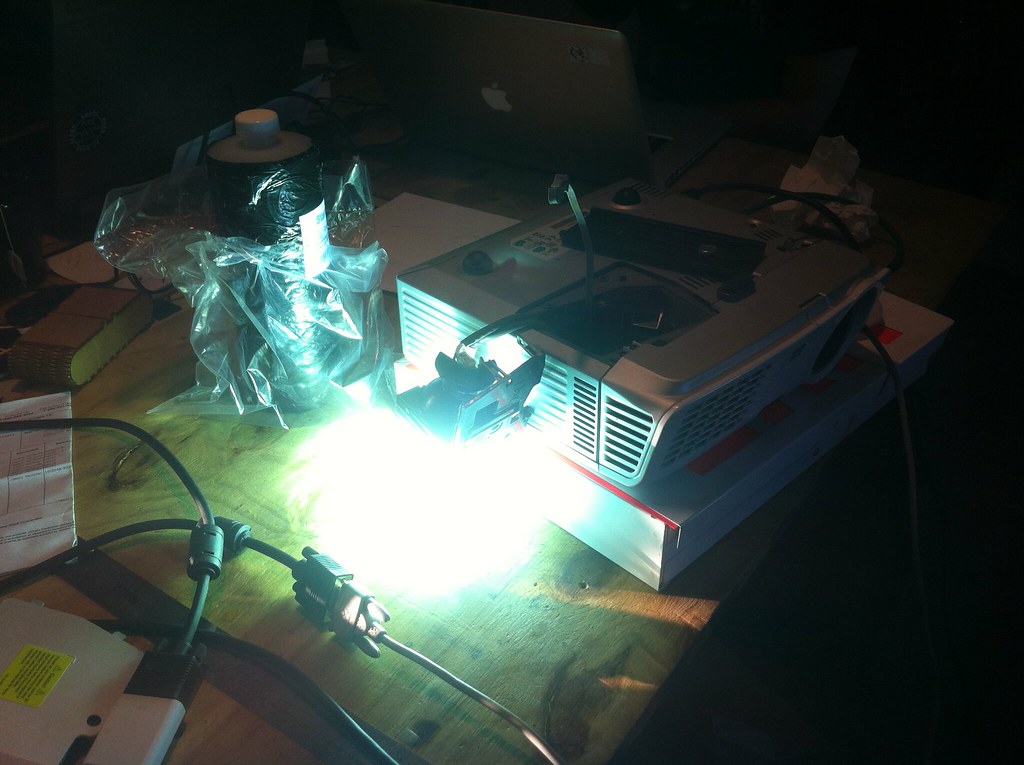 As a next step, we removed the DLP's mercury arc lamp and drove it positioned just a few cm directly over the resin. 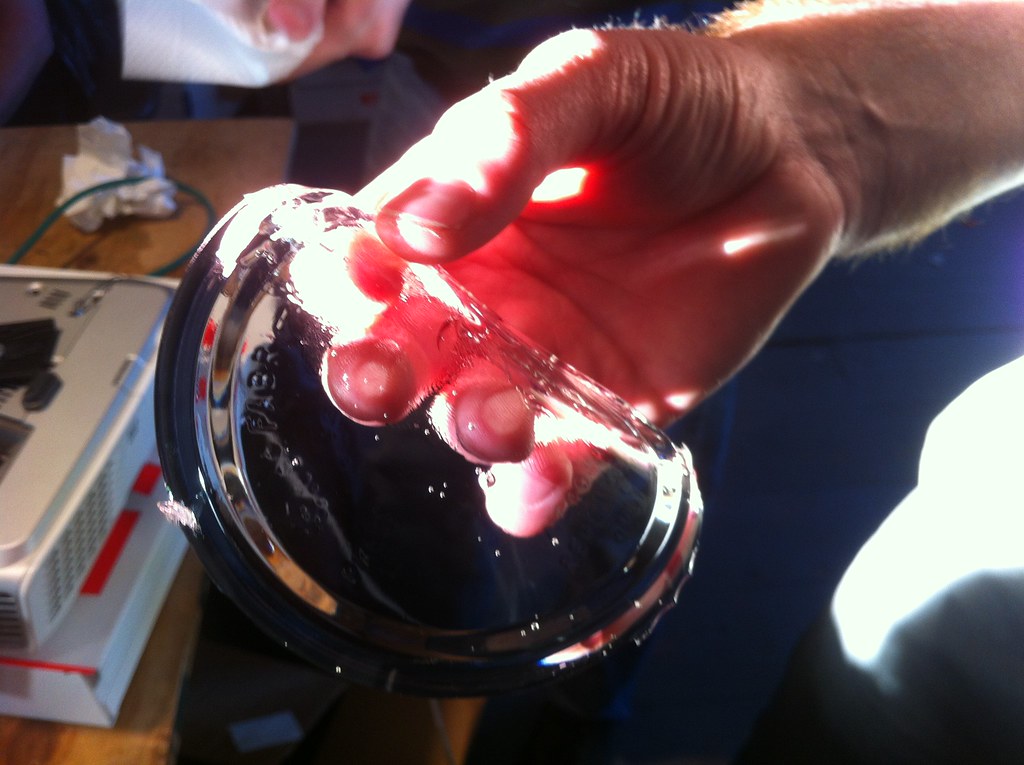 With the interlock defeated and proper safety precautions, the result was a very quickly cured puck of resin. Which is good news, since it means that there is enough light intensity around 380 nm. 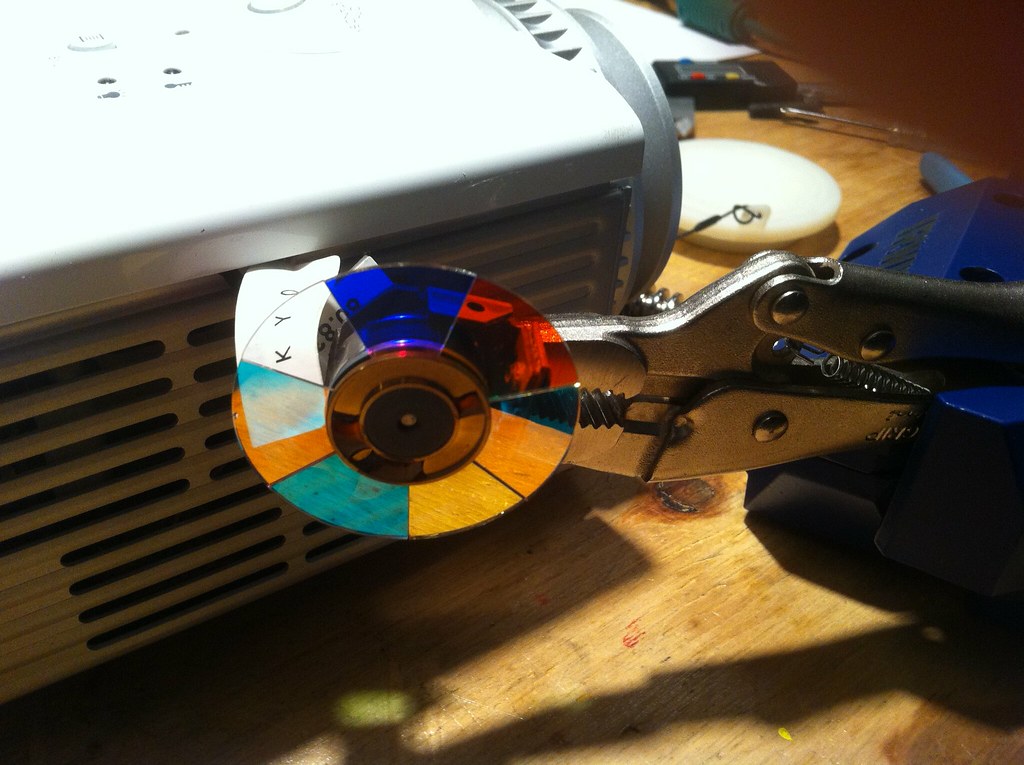 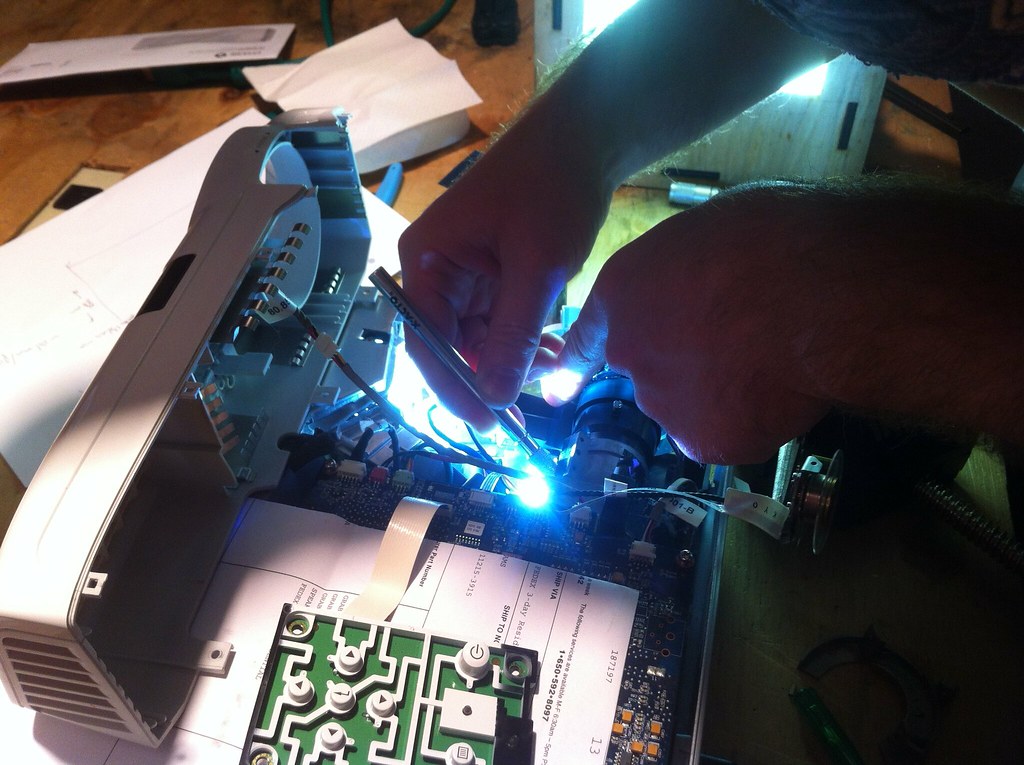 We probed various parts of the light path with a blob of resin to see where it would cure into a solid mass. It appears that the final optic stage before the DLP filters too much of the UV at the necessary wavelengths for this resin. 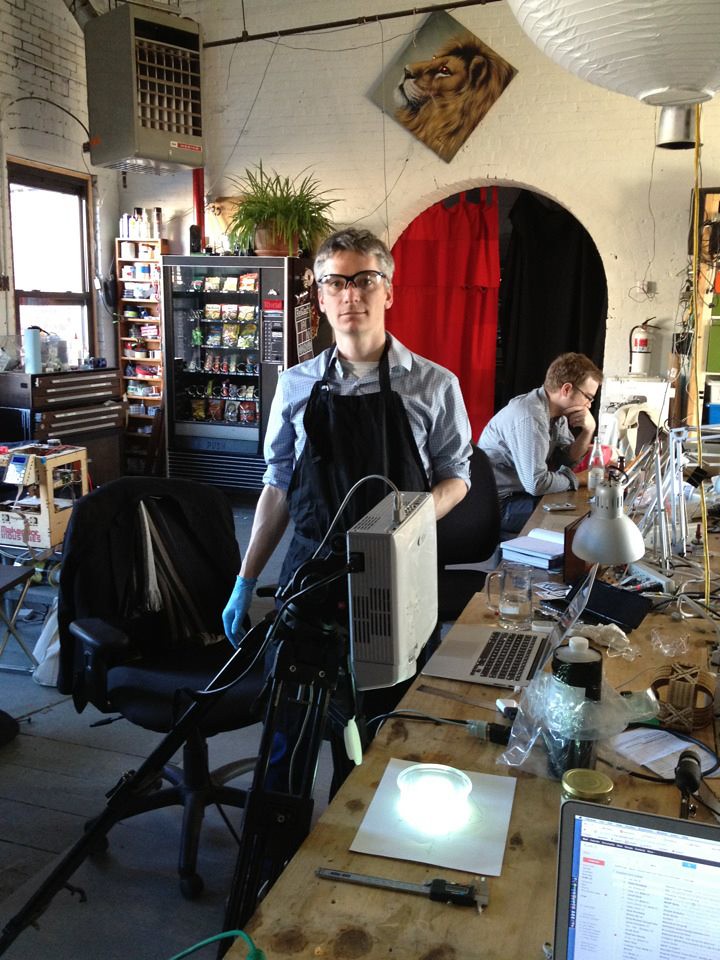 So we didn't have total success. Maybe the stamp resin is too insensitive -- it is typically exposed via a very strong UV source through a contact print. We'll order some of the Bucktown Polymers "fast curing" goo for next week's testing and also start to work on the Z-stage to draw the printed object from the bath once we have the formulation and exposure times experimentally determined.