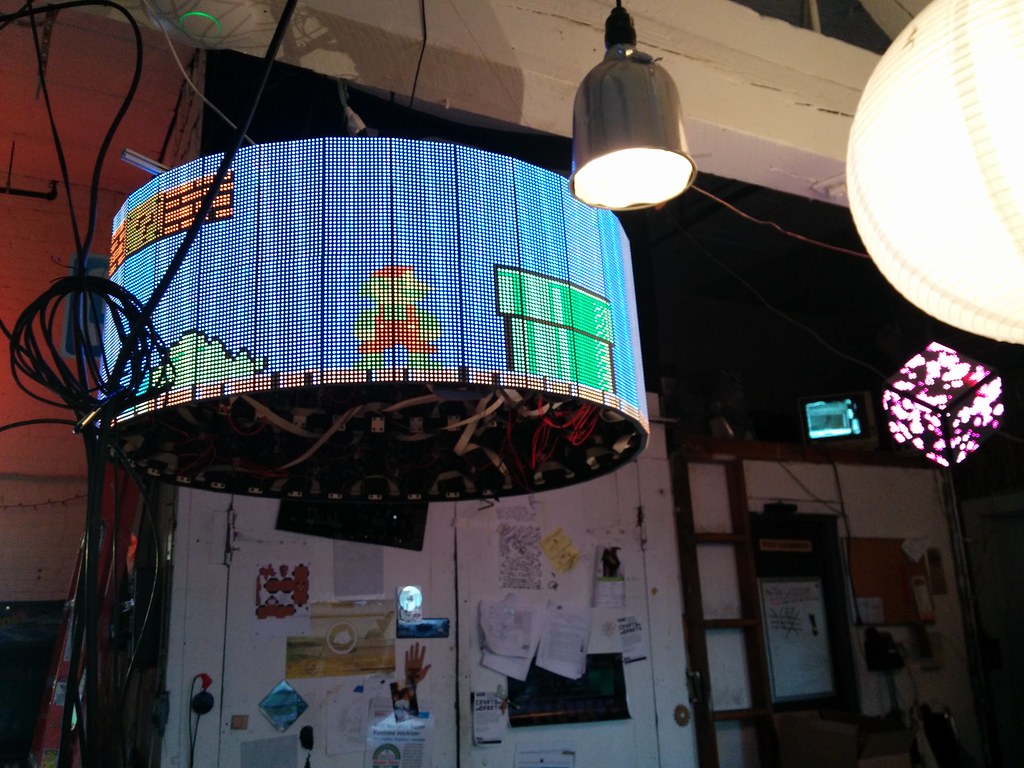 Megascroller is a collaborate interactive art piece built for the NYC Resistor 2014 Interactive Show. It is built with the Octoscroller / LEDscape control board and sixty-four of the 32x16 RGB LED matrices. It has both interactive and non-interactive modes and has been exhibited at many art festivals. 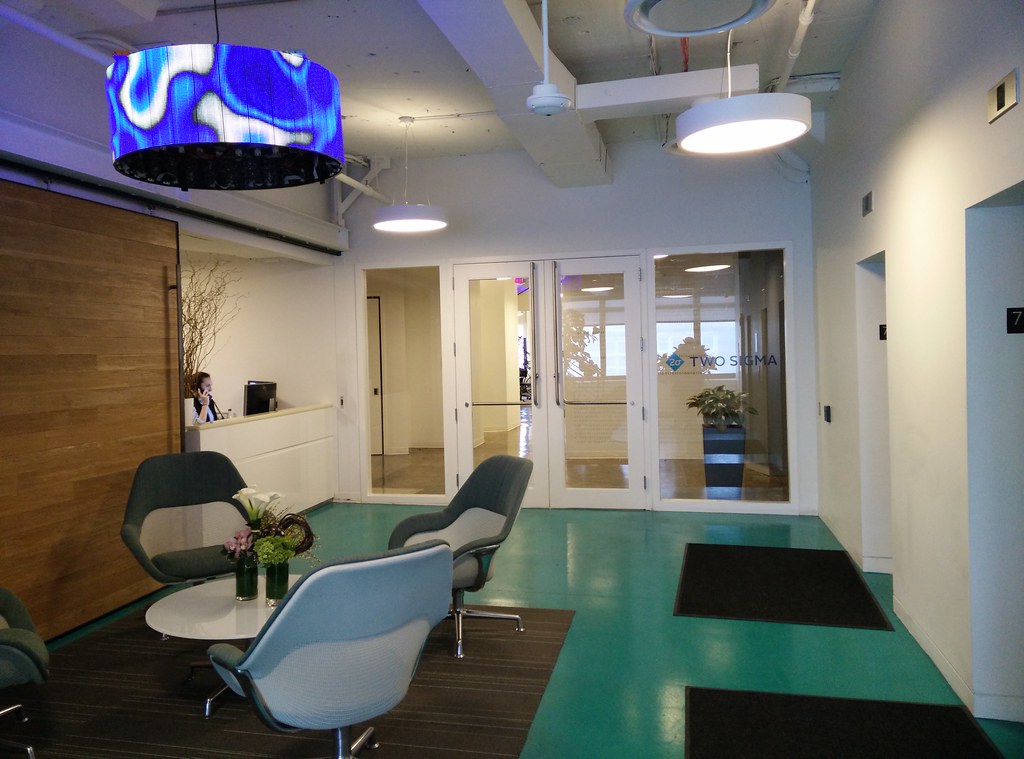 After a dozen art shows and dance parties, it is now in the permanent collection at my office and now hangs in one of the lobbies to distract visitors while they wait for the elevator. 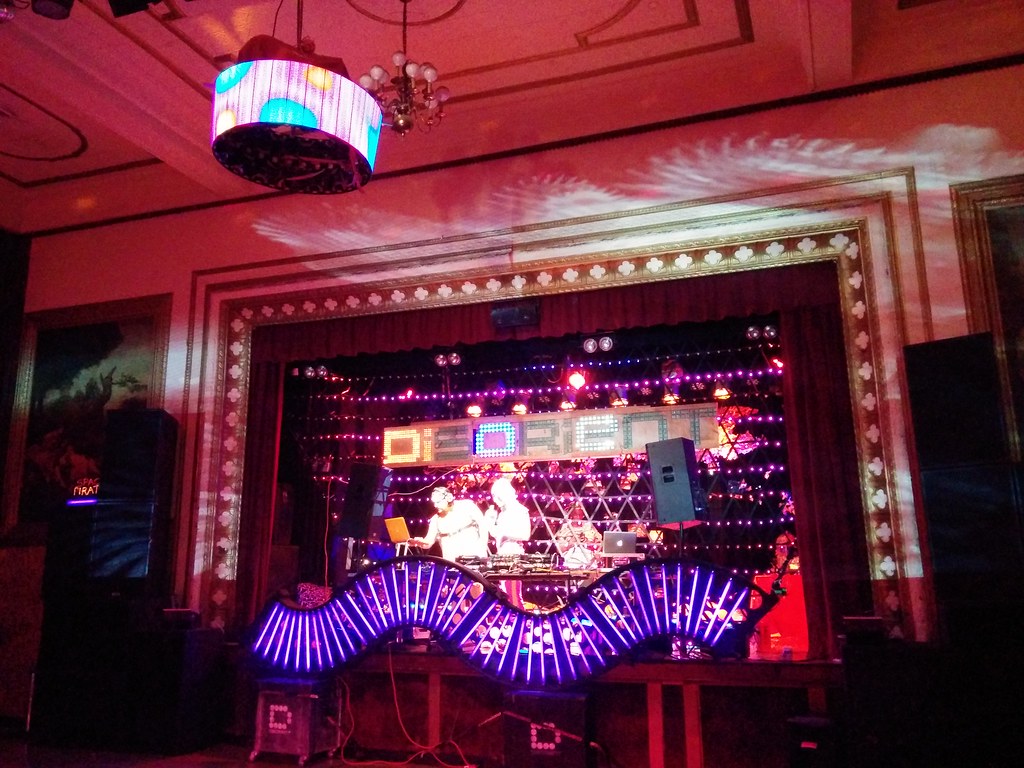 There are several art pieces that run on Megascroller, including a Perlin noise mode with selectable palette for different occasions, a toroidal Game of Life, a fire simulator and an OPC receiver for interfacing with other software.

The most popular interactive game for the Megascroller is a re-implementation of Super Mario Brothers, with the twist on a normal side scrolling game in that the world is fixed and the player must run around the cylinder to keep up with Mario.

This mode has been in the news at NYC Resistor, hackaday, makezine, geek-mexicain and technical.ly. 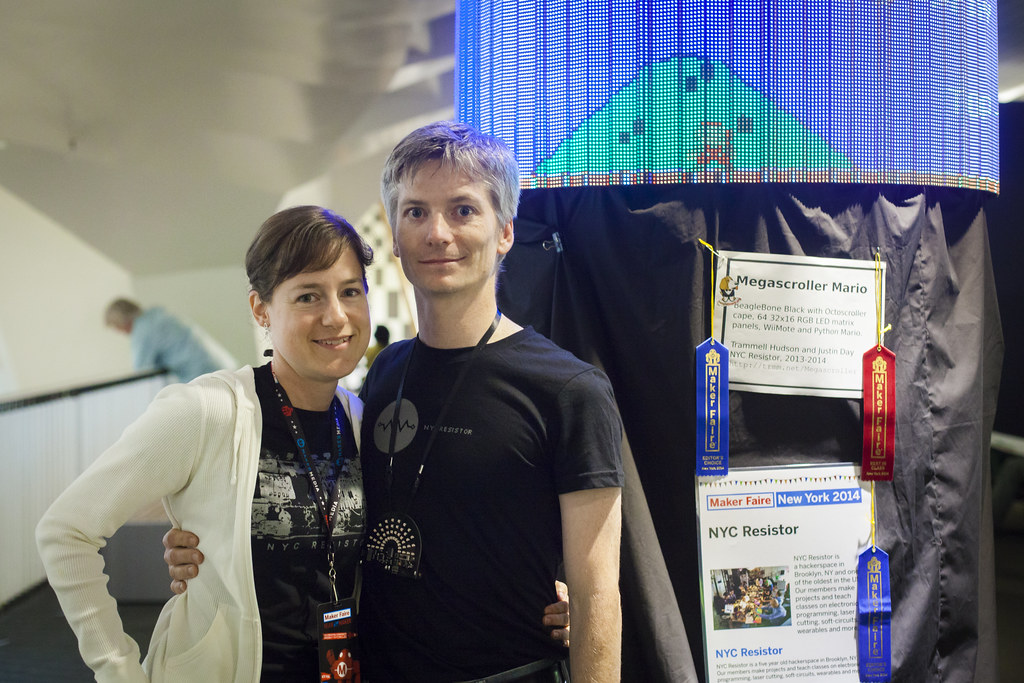 We exhibited it at the 2014 NYC MakerFaire, where it won two editor's choice awards and a best in class award. It was featured in the press covering the event: Popular Science, TechTimes and others.

Lots of 3D printed brackets, 15mm Misumi extrusion and a ton of M3 hardware. The LED grilles were removed during NYCR Craftnight so that the display is visible from all angles, although this makes the panels much more fragile. We've had several pixels break off during shipping and transit. 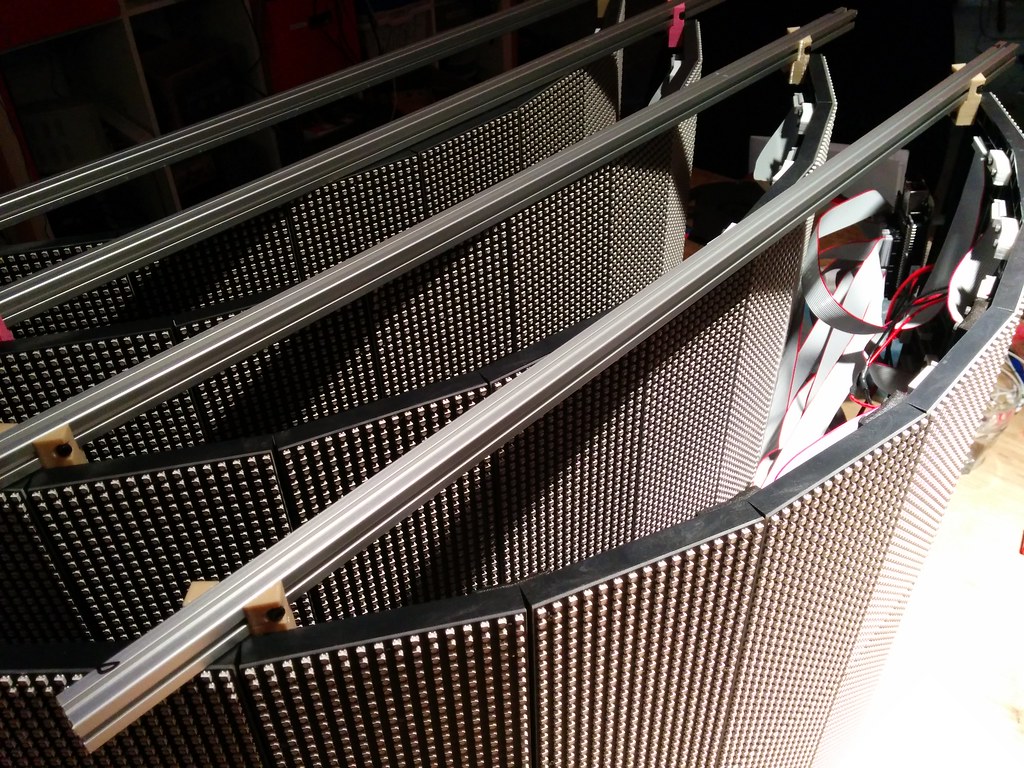 After an expensive SUV rental to transport Megascroller to Makerfaire, I've redesigned it to have four modular pieces. This increases the setup time, but allows it to easily fit in the truck of a normal taxi.

Want to build your own, or write a game or art piece to run on Megascroller? Here are the sources for the various pieces: