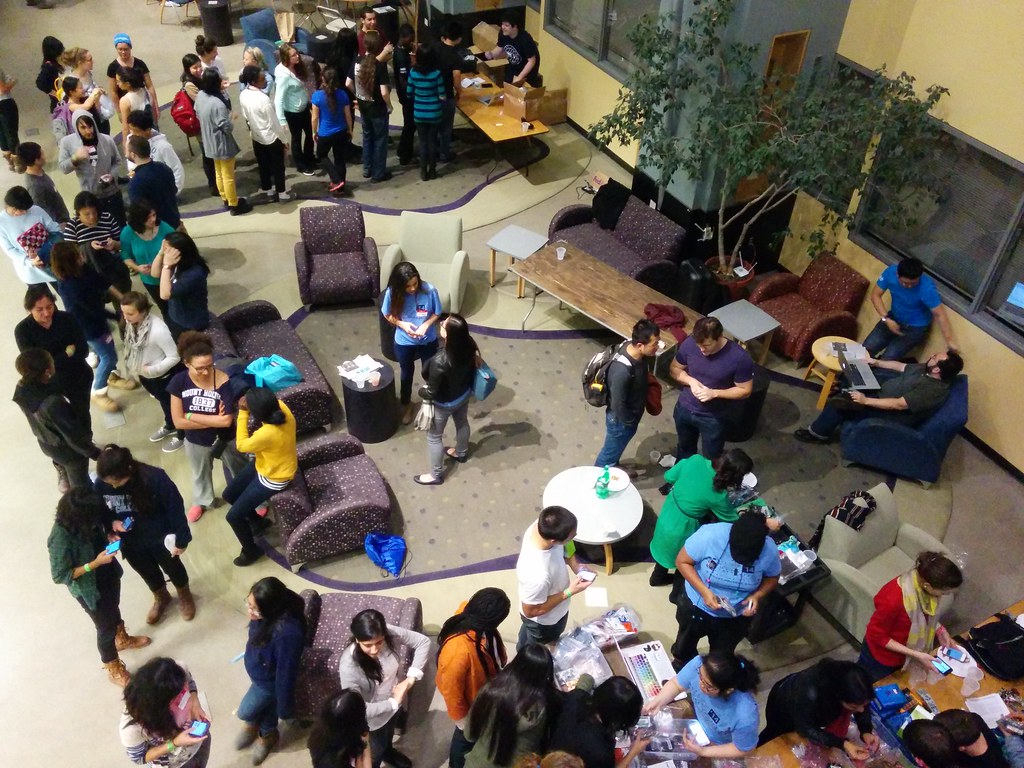 Last Friday was the Hack Holyoke 24-hour embedded systems hackathon, held at Mt Holyoke College. Of the 200 participants, well over half were women from the Seven Sisters schools and many were attending their first hackathon. 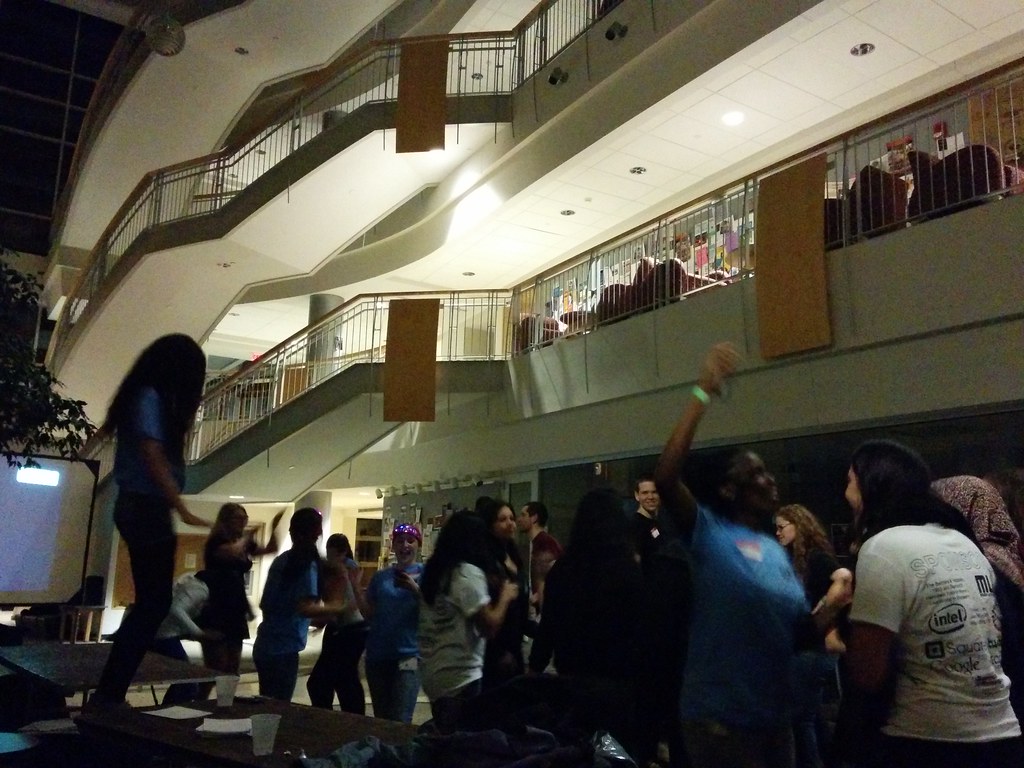 One of the distinguishing features of this hackathon was a 2am dance party! Every event should include one.

You can read @HackHolyoke twitter stream and read on for some photos of a few of the teams. 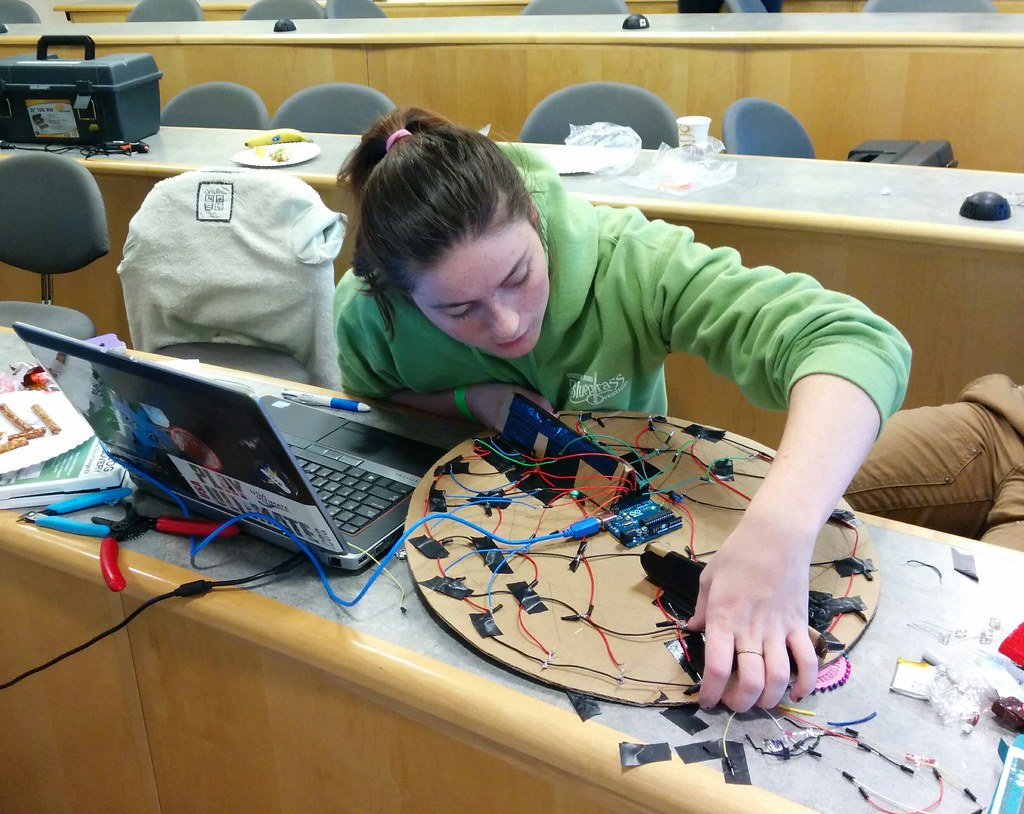 Most of the teams were using the Arduino in some way. This team combined it with a Myo armband to create a virtual cornhole game. They had to learn about quaternions and rotating reference frames to get the physics right. 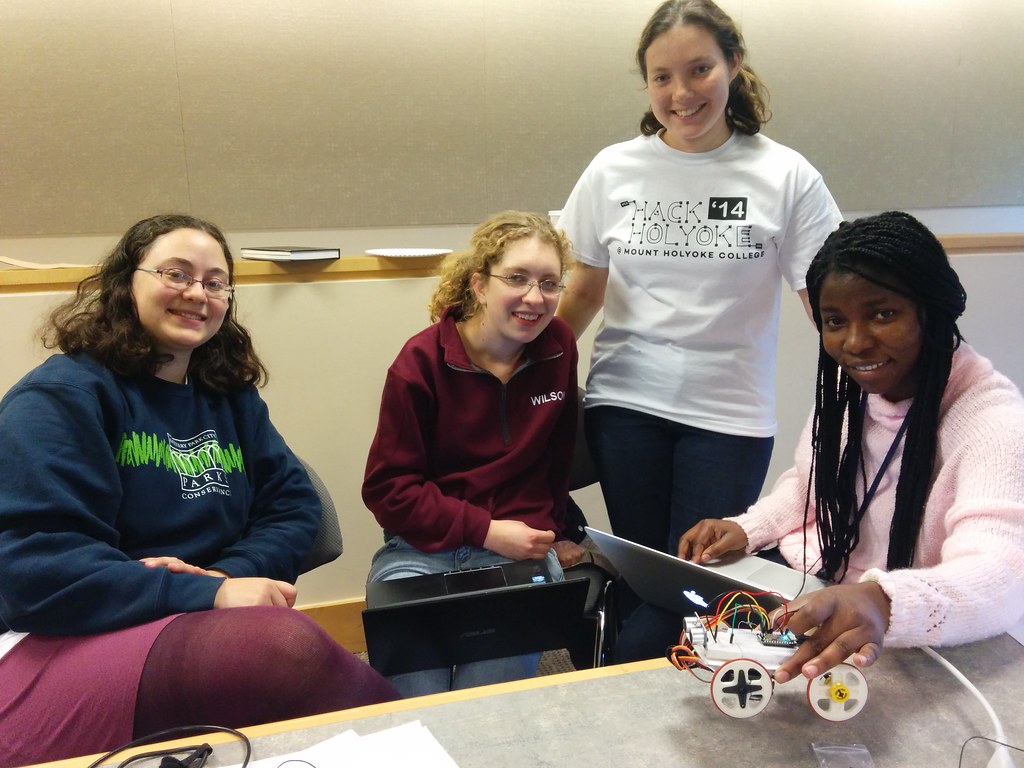 This team from Olin College used the Spark Core to make an internet controllable RC-car. They modified the servos to be continuous rotation and were integrating the range finder when time was called. 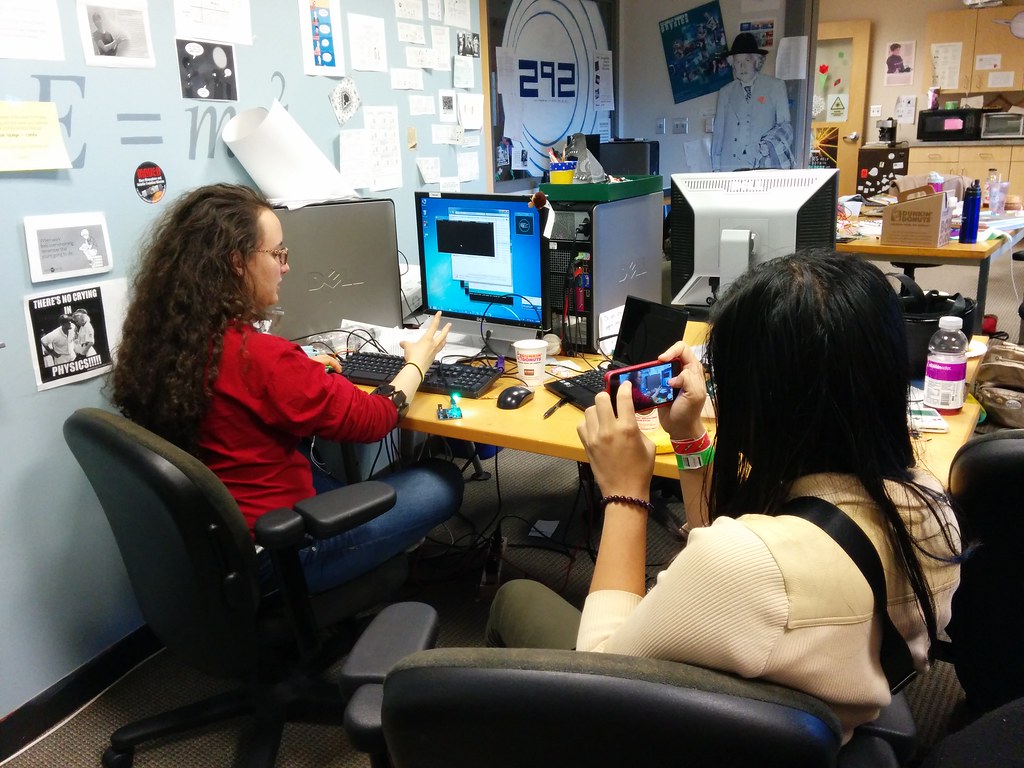 An important part of any hack is documenting it! This team is recording a demo video of their Myo-based compulsive motion recognizer. 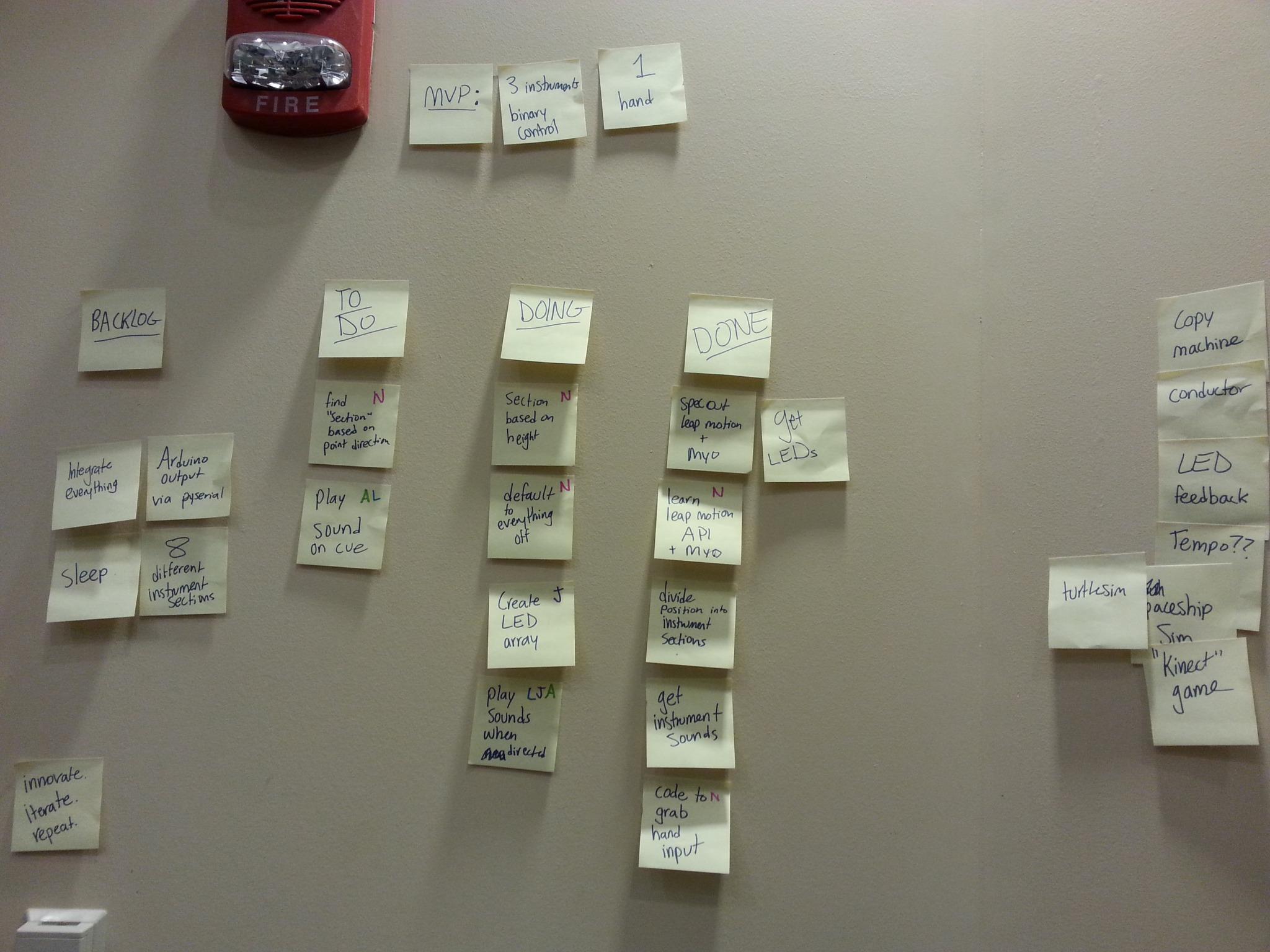 Another team from Olin College was amazingly organized and even had an agile scrum with a wall of post-it stories. 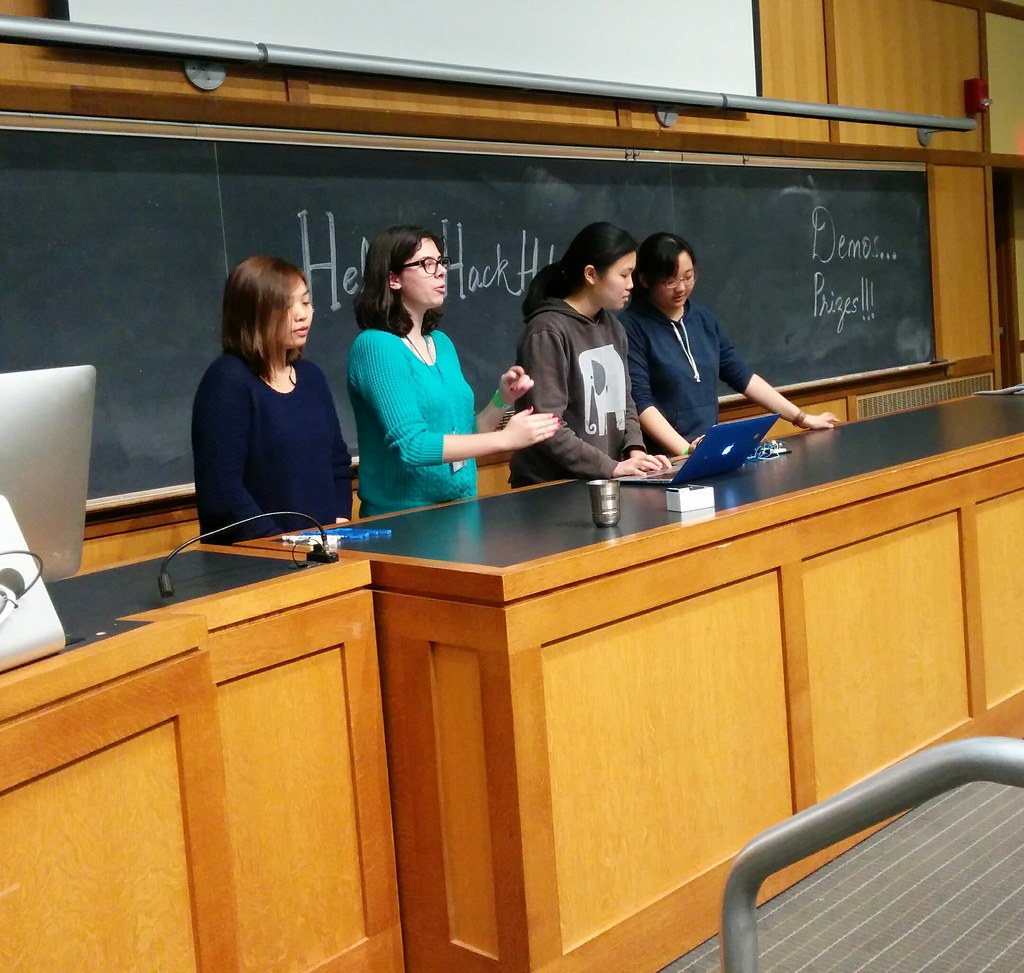 On Saturday evening all of the teams presented their hacks to a panel of five judges. Prizes included an Oculus DK2, Myo arm bands, tablets and watches. 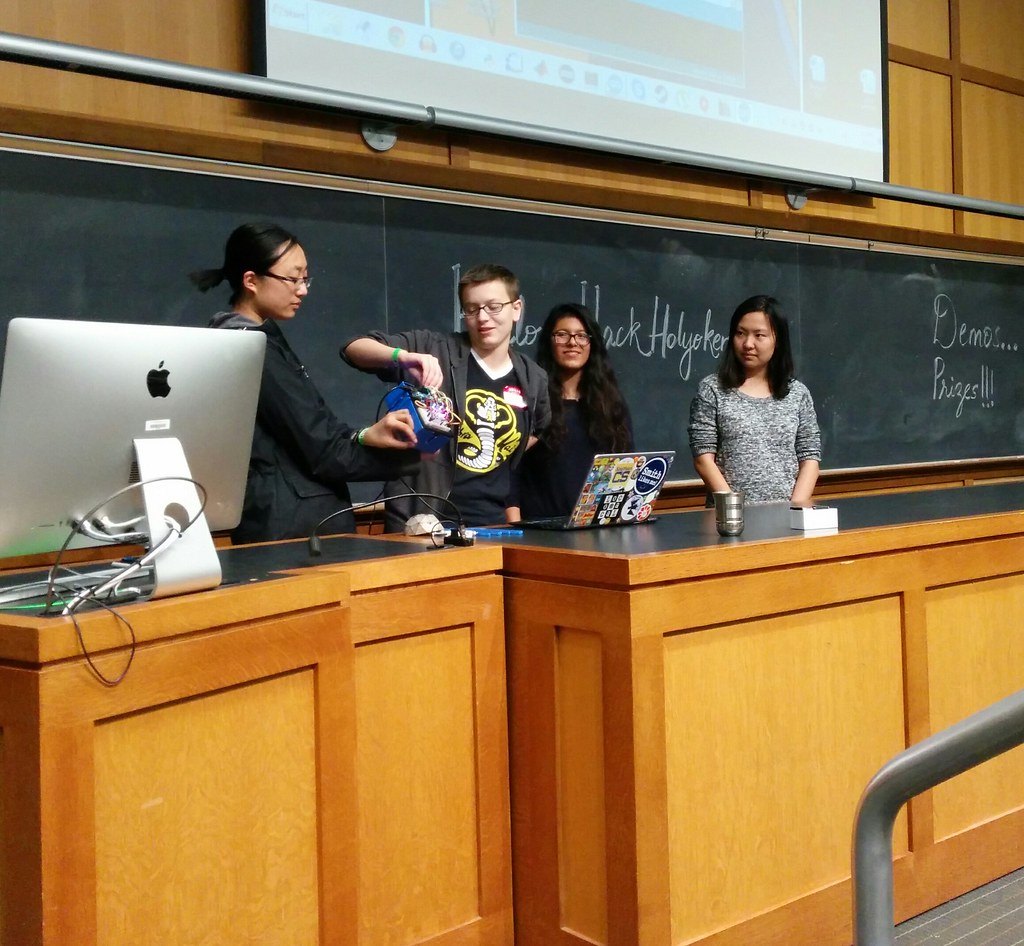 One of the teams demos their Arduino based alarm clock with an i2c LCD display, LED wakeup lights and a really annoying buzzer. 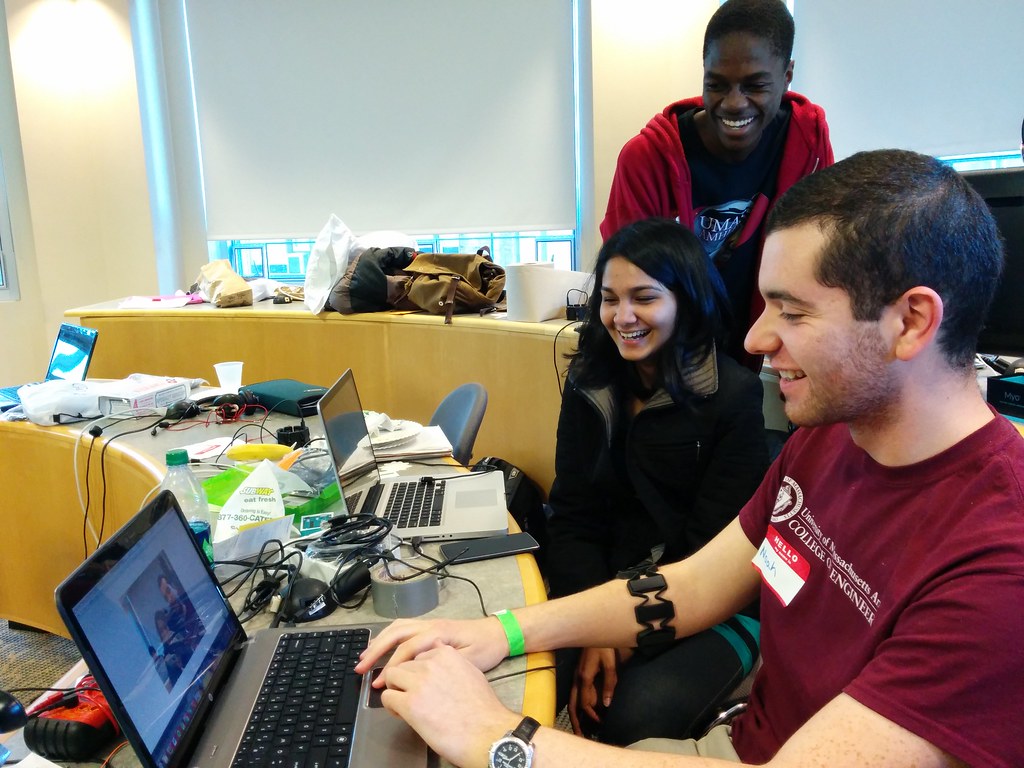 This team from UMass took first place with their automated selfie-camera. It used two servos and OpenCV to pan the camera to track faces, and a Myo arm-band to trigger the camera. 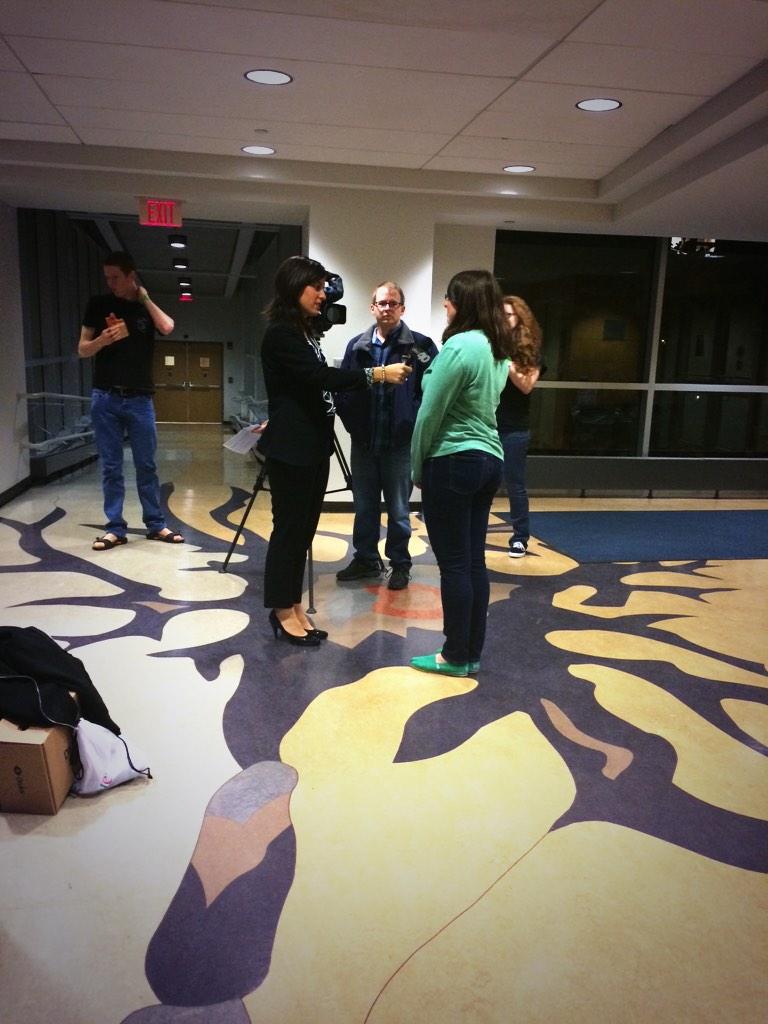 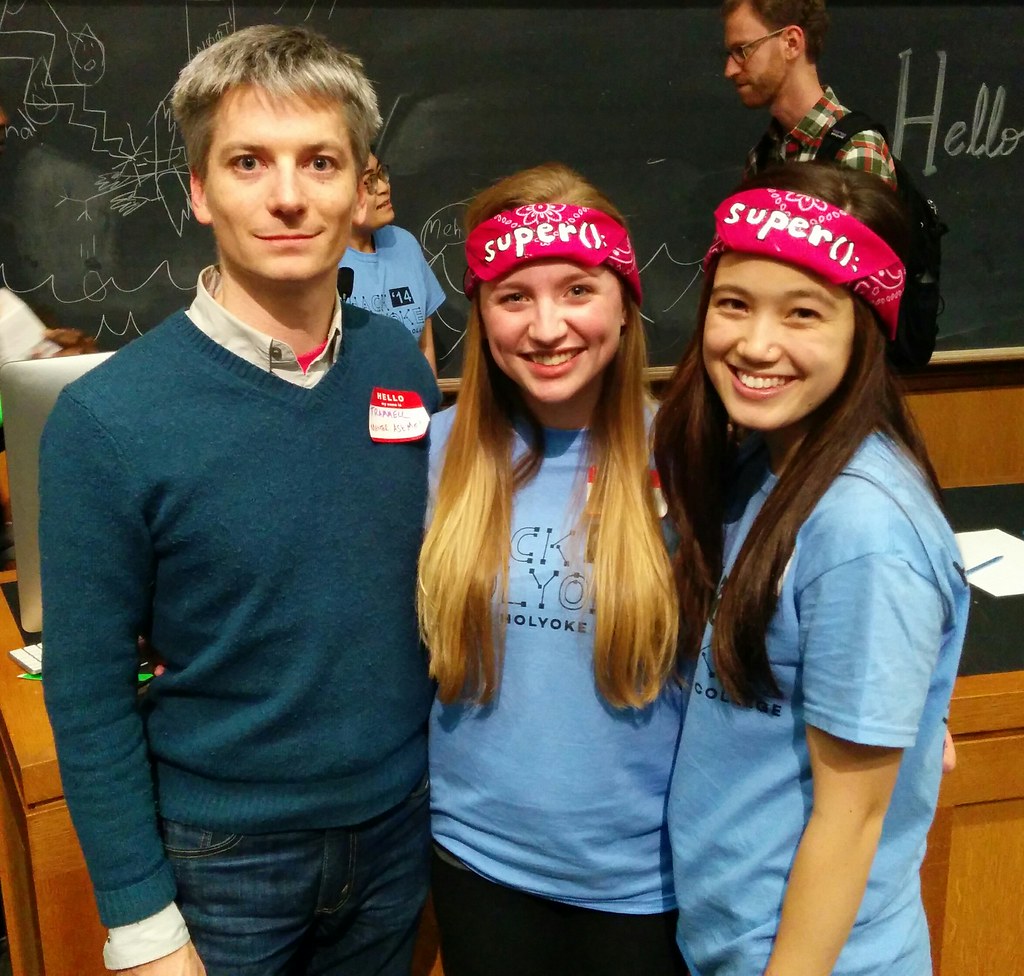 Eva Snyder and Katie Ho organized a great event! I was honored to spend the night helping to mentor so many great teams with their hacks and really impressed with what they accomplished over the twenty four hours of non-stop creating. 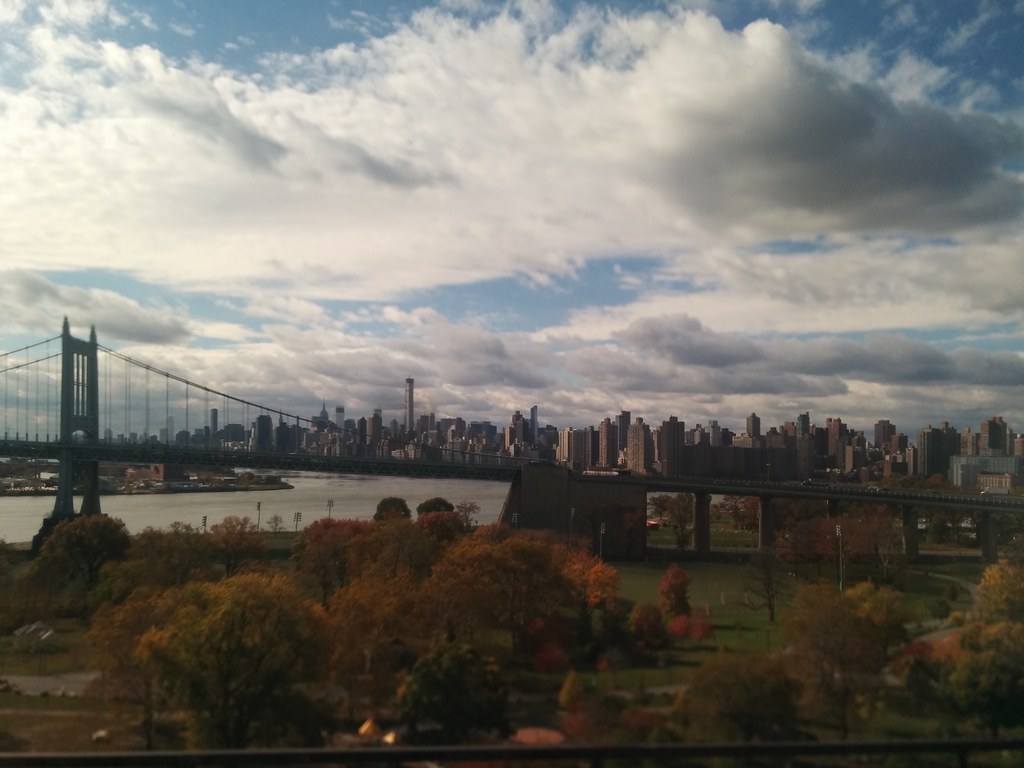 It was also a nice chance to get out of the city and see the fall foliage from the Amtrak Vermonter line before winter really sets in.

Originally posted to on the NYCR blog 2014 Classes