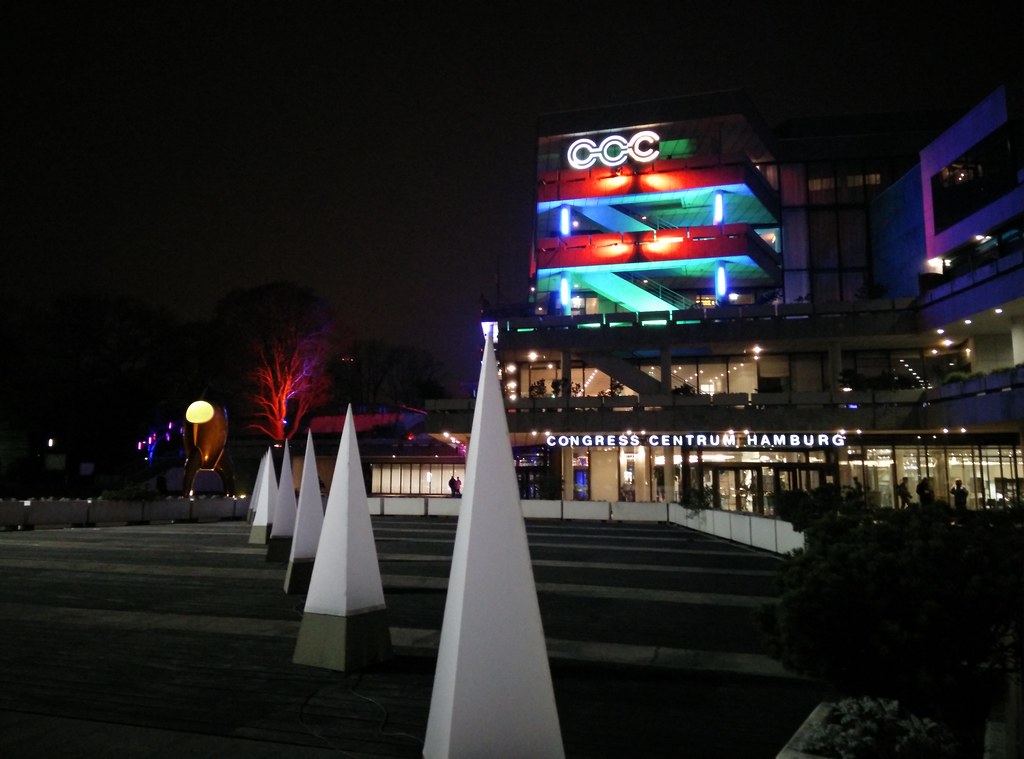 I presented Thunderstrike at 31C3, the 31st Chaos Communication Congress, in Hamburg, Germany. Twelve thousand hackers show up for four days of presentations, demonstrations and hacking. 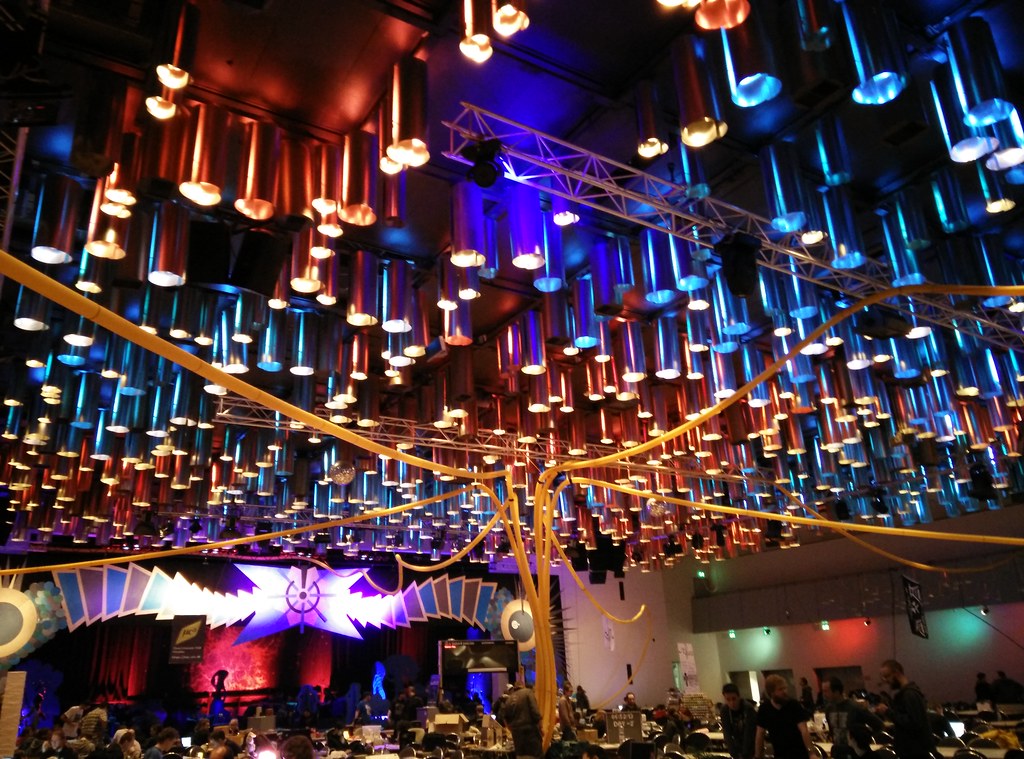 One of the main rooms was dedicated to all of the various hackerspaces that brought projects and equipment. The roof was decorated and there was a pneumatic message delivery system. 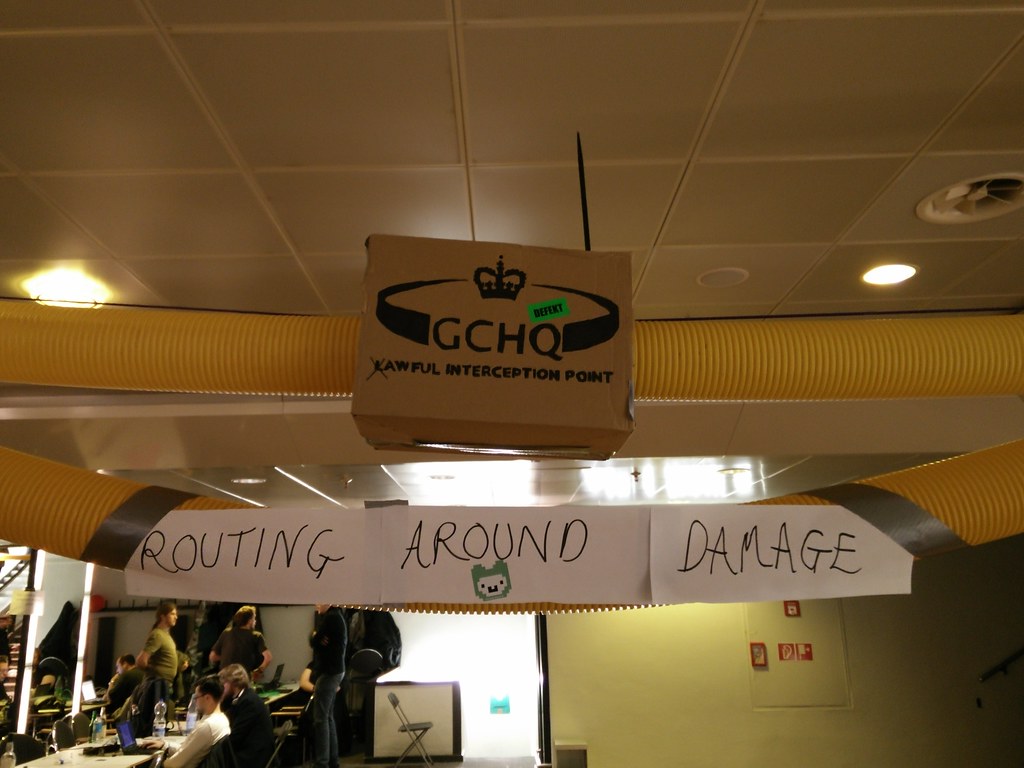 Surveillance, the NSA and GCHQ were popular topics of discussion. The messaging system had a "lawful interception point" installed. 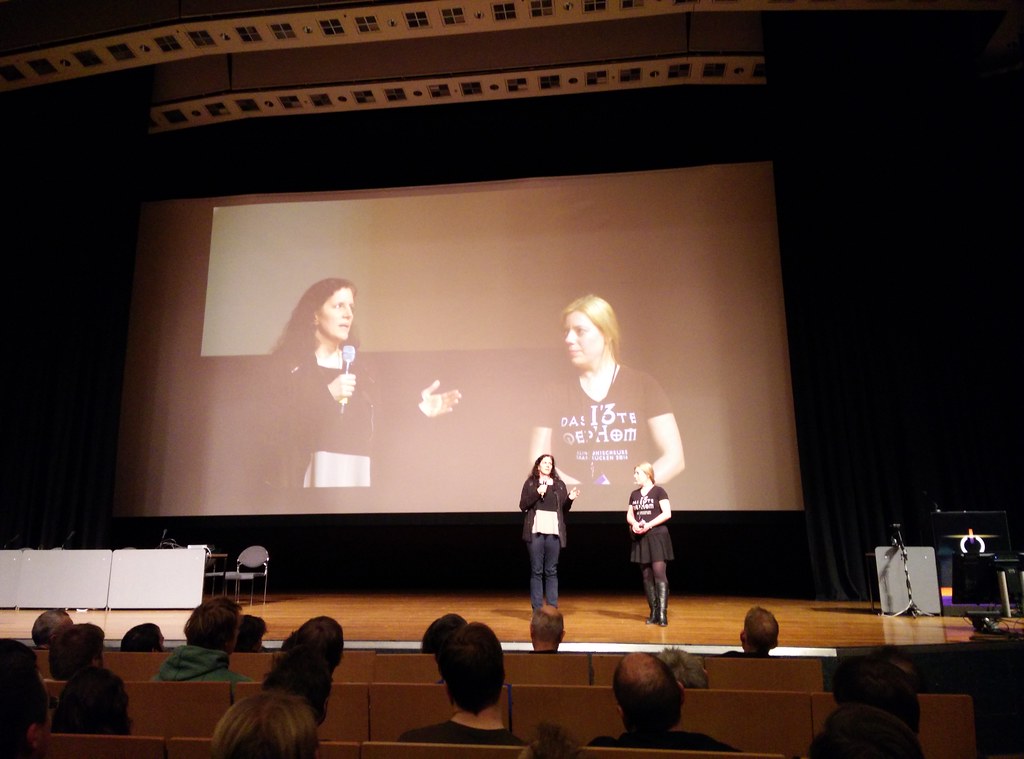 Laura Poitras was one of the celebrities at the congress. She gave several talks on the state of journalist crypto and the difficulty of getting sources to use it.

The Mate Light was a neat idea for how to reuse all of those Club Mate crates and bottles. We might try to reproduce this at NYCR

One hackerspace brought an awesome barbot with steampunk styling and an iPad interface. The Analog Zone had a sticker exchange bin for decorating your laptop. We dropped off a few NYC Resistor stickers. 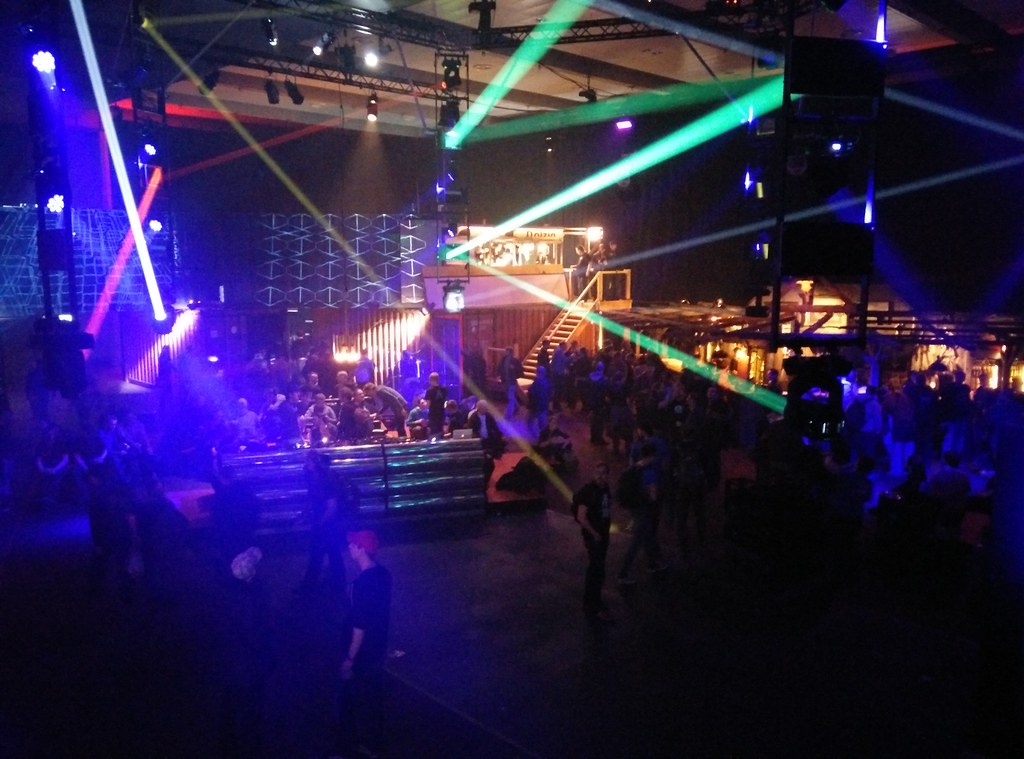 In the Hexagon club we tried the Tschunk beverage. After a few years in largely smoke-free NYC, the heavy cigarette smoke was a bit of a surprise. But it did make the laser show a little more impressive.

I gave my Thunderstrike talk in saal 1 to a fairly full audience. It was quite an experience for my first time at CCC and I'm really glad that I finally went. Now I need to find another project to present for next year...

There are a few more photos from the Congress on flickr. 2014 CCC Travel